City close in on Mahrez move

It didn’t quite happen in the winter, but Leicester playmaker Riyad Mahrez now “looks destined to complete a £75 million switch to Manchester City,” according to the Mail.

It reports that the Premier League champions could conclude a deal for Algeria international Mahrez by the end of the week, as boss Pep Guardiola looks to get his transfer business underway early on.

City are in talks over the way in which the fee will be structured, with the news coming after ESPN Deportes reported that the Premier League champions were awaiting a final answer from Leicester.

Emery to focus on Arsenal’s defence

It seems as though new Arsenal coach Unai Emery is going to make revamping the defence his first priority, with the Telegraph reporting that he is closing in on not one but two new faces.

After growing speculation that Borussia Dortmund’s Sokratis Papastathopoulos was likely to move to North London, the Telegraph reports that he is on the verge of becoming Emery’s first signing in a £16m deal.

Arsenal head of recruitment Sven Mislintat, who worked with Sokratis at Dortmund, is reported to have identified the centre-back as the kind of player the Gunners need.

The Telegraph adds that, in the meantime, talks continue on a deal to sign Juventus right-back Stephan Lichtsteiner on a free transfer.

It says Arsenal “are looking to bolster their back line with experienced players who can immediately join the first team,” with Freiburg’s Caglar Soyuncu also being linked.

Emery is likely to have around £70m to spend in the market after majority shareholder Stan Kroenke added £20m to his summer budget.

Aston Villa’s Championship playoff final defeat by Fulham could spell a move to pastures new for in-form midfielder Jack Grealish, according to the Sun.

Grealish was one of the stars of the season as Villa fell just short of a Premier League return, with his performances attracting the attention of Manchester United.

The Sun says United could move for him “as they look to the long term” after he impressed scouts with some dynamic displays for Steve Bruce’s side.

However, their midfield priority remains the addition of Shakhtar Donetsk’s Fred, and the Sun says Jose Mourinho and United executive vice-chairman Ed Woodward “aim to have a deal done before the World Cup.”

It says Skrtel will be available on “a cut-price deal,” with his contract at the club running down, and “is keen to get back to playing in the Premier League after an absence of two years.” Former teammate Steven Gerrard is reportedly interested in bringing Skrtel to Rangers.

– If Gerrard doesn’t sign Skrtel, Brighton defender Connor Goldson is another major target, and the Scottish Herald says Rangers “will return to the negotiating table” after seeing two bids rejected by the Seagulls.

It reports that Gerrard wants defensive reinforcements as he looks to challenge Celtic for the Scottish title, but Rangers “will need to stump up around £3m” if they are to bring Goldson to Ibrox.

– Aaron Mooy has insisted that he is happy at Huddersfield Town amid reports that fellow Premier League club West Ham were interested in the Australia international. 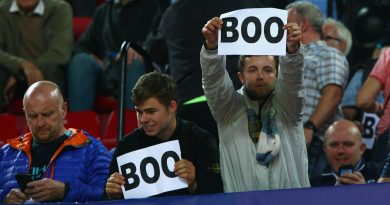 Sep 20, 2018 ayman022 Comments Off on Manchester Citys lack of European history has caused fans to be slow in embracing the Champions League 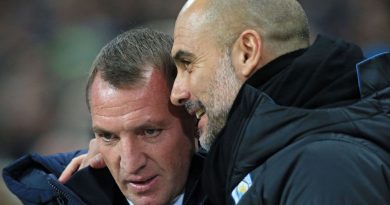 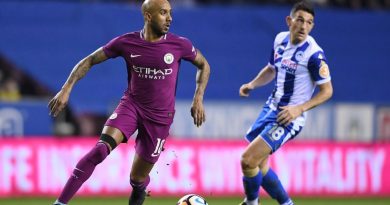 May 25, 2018 ayman022 Comments Off on England’s Fabian Delph could leave World Cup in Russia briefly for birth of child