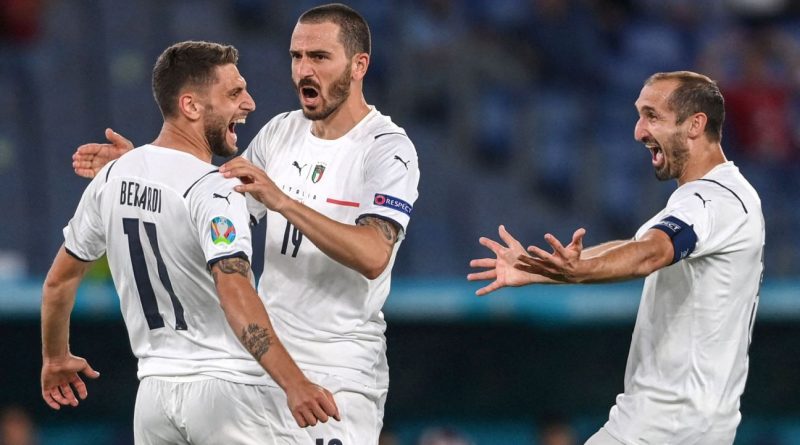 Italy rode three second-half goals to a 3-0 win over Turkey in Group A of the opening match of the 2020 European Championship in Rome on Friday.

Postponed by a year, the biggest footballing event since the coronavirus brought the world to a halt kicked off Friday at the Stadio Olimpico — a milestone both for European and world sports.

Roberto Mancini’s Italy came into the match on a 27-match unbeaten run and their fine form showed early on as the Azzurri dominated possession and went close with a pair of headers from corner kicks just past the 20-minute mark.

Italy ratcheted up the pressure as half-time approached and, after some intricate build-up play, Ciro Immobile was sprung in the box only to fire right at Turkey keeper Ugurcan Cakir as the teams went into the break locked in a 0-0 draw.

The pressure on the Turkish defence finally told when Merih Demiral inadvertently chested the ball into his own net from a Domenico Berardi cross and Italy took the lead shortly after the restart.

A goalmouth scramble led to Italy’s second, with Immobile pouncing on a loose ball in front of the Turkish goal and firing home to double the advantage of Mancini’s side.

Lorenzo Insigne put the game away for Italy in the 79th minute, curling home a beautiful first-time shot after Turkey’s Cakir hooked a goal kick right to the opposing side and Italy pounced for their third.

Italy’s third goal made history as it marked the first time they had scored three goals in a match at the Euros in their 39th attempt.

“It was important to start well here in Rome and it is a joy for us and for all the Italians,” Mancini told Rai.

“It was a great evening, I hope there will be many more, but there are still six to go before Wembley”.

Turkey will face Wales next in Group A action, while Italy play Switzerland, with both games played on Wednesday, June 16.

After a build-up featuring a spine-tingling performance from opera singer Andrea Bocelli, a spectacular fireworks display and a typically raucous rendition of Italy’s national anthem, the 16,000-strong crowd was in fine voice by kick-off.

Italy were determined to make a strong start five years on from their last major tournament appearance, having failed to qualify for the 2018 World Cup, and they started strongly.

The visitors were happy to sit deep and invite pressure and rarely ventured into the Italian half throughout the opening period, but Mancini’s side were left frustrated in their efforts to break through the wall of red shirts.

Giorgio Chiellini had a header tipped over with a spectacular one-handed save by Cakir and Immobile nodded a cross wide as the hosts stretched the Turkish defence.

Insigne curled a shot straight at Cakir from the edge of the box and Immobile fired into the keeper’s arms as Italy headed in at the break with 14 attempts to none from Turkey.

Italy’s patience was rewarded when Berardi fired a cross into the six-yard box where Demiral chested the ball into the net — the first time in European Championship history that the tournament’s opening goal was an own goal.

Spinazzola had a shot beaten away and Manuel Locatelli’s low effort was palmed wide before Immobile doubled Italy’s lead by pouncing on Cakir’s parry from another Spinazzola effort to knock in the rebound.

The Azzurri’s dominance was rewarded again when Immobile threaded a pass to Insigne, who placed a precise finish into the bottom corner with 11 minutes remaining.

Mancini told his players in the pre-match press conference that they should enjoy themselves and seek to entertain, and that was exactly what they did for a jubilant home crowd. 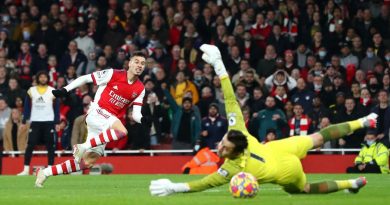 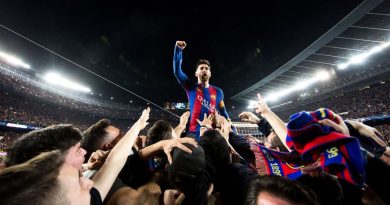 How Barcelona inspired more Champions League comebacks with their historic ‘Remontada’ vs. PSG

Apr 25, 2022 ayman022 Comments Off on How Barcelona inspired more Champions League comebacks with their historic ‘Remontada’ vs. PSG 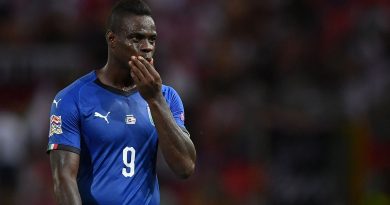