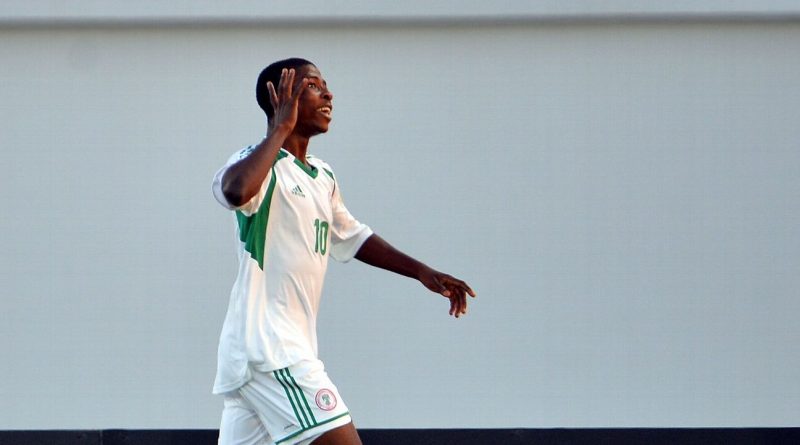 The Under-17 Africa Cup of Nations kicks off on Sunday, as the continent’s finest young players compete for the prestigious youth title over two weeks in Tanzania.

Age-grade competitions are taken particularly seriously in Africa, and the U-17 Afcon has, over the years, offered a first glimpse of some of the continent’s brightest young talents.

Nigerian starlets Victor Osimhen, Kelechi Nwakali, and Kelechi Iheanacho all burst into the wider public consciousness during the competition, and are currently on the books of Wolfsburg, Arsenal, and Leicester City respectively.

So too did Bertrand Traore, currently of Olympique Lyonnais, who won the 2011 edition with Burkina Faso before being signed by Chelsea — officially — in 2013.

Others haven’t truly realised the potential they showed in the tournament, with the likes of Isaac Success and Bernard Bulbwa struggling to match up to the expectation that followed their eye-catching performances in the U-17 competition.

Could any of this year’s wonderkids use the U-17 tournament as a launchpad – as others have done before them – to successful professional careers in the world game?

Two-time champions Nigeria are the joint-most successful nation in the tournament’s history, and one of only two former winners to have qualified this time around.

They’ll open the tournament against the hosts in Dar es Salaam, although their build-up has been overshadowed after five players were disqualified after MRI tests proved they were over-age.

MRI scans were introduced by FIFA ahead at the 2009 U-17 World Cup, although age cheating has continued to beset Nigeria in youth competition.

In 2016, 26 members of the U-17 team failed an age test ahead of an Afcon qualifier, only a year after the Golden Eaglets had won their fifth U-17 World Cup.

Nonetheless, Nigeria fans can still look forward to watching Olakunle Olusegun in action after his superb performances during the WAFU B Zone qualifying campaign, in which he scored four goals.

He’s a fine finisher, boasting a magnificent left-footed shot, and can trouble defences with his footwork, pace and movement between the lines.

Another one to watch in Manu Garba’s side is midfielder Akinwunmi Ayobami Amoo, potentially one of the most creative playmakers of his generation on the continent.

He’ll be charged with pulling the strings in the heart of the park and loading the bullets for Olusegun, although he netted three during qualification, and will be expected to contribute again.

Notably, Amoo was outstanding as Nigeria eviscerated the Cote d’Ivoire during the qualifiers, going 4-0 up inside 27 minutes as the visitors failed to keep tabs on the influential attacker.

Then, 15-year-old Adrian Akande of Chelsea has also made the squad after choosing to represent Nigeria ahead of England.

For the hosts, Kelvin John of the Football House Academy is the one to watch, and like Olusegun, he’ll be his side’s chief goal threat in the tournament.

The forward, nicknamed ‘Mbappe’, was the joint second highest scorer across Africa during the qualifiers, scoring six, and has already been linked with a move to Ajax Cape Town.

Creative duties for the Serengeti Boys will fall upon Abraham Morice, a midfield maestro whose technical prowess should ensure he stands out on home soil.

Angola and Uganda complete Group A, with the East Africans the only debutants in this edition of the competition.

After a fine qualifying campaign in which they dispatched Ethiopia in the final, they won’t be in Tanzania to make up the numbers, and Thomas Kakaire of Bright Stars FC Juniors has the quality to see them out of the group.

The 16-year-old has the potential to be one of the region’s finest playmakers, and he’ll hope to showcase his qualities – his dynamism, intelligence in possession, and passing ability – as Uganda look to make a splash.

Iddi Abdul Wahid, at Italian side Cagliari, is another Ugandan talent to keep an eye on, while Davis Ssekajja – nicknamed ‘Torres’ — scored five during qualification.

In Group B, Senegal could be the team to watch after smashing Guinea, bronze medallists two years ago, in the WAFU Zone A final during qualification.

The Young Teranga Lions are sure to be strongly represented, with many of the players coming through the celebrated Diambars Academy, which is responsible for the development of Idrissa Gueye, Pape Souare and Kara Mbodji among others.

Captain Mohamed Diaw is one of several players, along with Oumar Diouf, Sambia Diallo, Insa Boye and Aliou Balde, who will look to build on their impressive performances in qualifying.

Balde scored twice in the thumping triumph over Guinea in Rufisque in September, as Senegal delivered a statement of intent ahead of the finals.

In 2017, Guinea’s Djibril Fanye Toure was the star of the competition, scoring six goals in Gabon, including a devastating hat-trick as the hosts were mauled 5-1 in the opener.

This time around, his younger brother Momo Fanye Toure will be the great hope for Mohamed Maleah Camara’s side.

He’s already starred in the Guinean top flight and the U-16 International Dream Cup in Japan in 2017, and recently put Turkey to the sword, opening the scoring in a 2-1 victory.

Another bright talent for the Guineans is captain Algassime Bah.

“We’re going to Tanzania to make the Guinean people proud,” he told journalists, as per Guinee Foot. “The staff have done their work, and now it’s up to us to prove it at the Afcon.”

The former have invested heavily in youth development over the last decade, and the fingerprint of the Academie Mohammed VI is all over this squad; Wonderkid Anas Nanah is an impressive physical specimen at left-back, and midfield trio Akram Nekkach, Mohamed Amine Sahel, and Oussama Targhalin are all on the academy’s books.

Malaga duo Haythem Abida and Bilal Oucharf also have the quality to inspire the Lion Cubs to the title.

Cameroon are the other former winners to contest this year’s edition, having won the title in 2003, before being eliminated in the group stage of the U-17 World Cup despite remaining unbeaten.

Leonel Wamba and Francois Bere have impressed in recent friendlies, although Steve Mvoue, who top-scored in the qualifiers with four goals, is our pick as the one to watch. 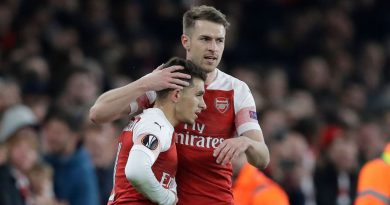 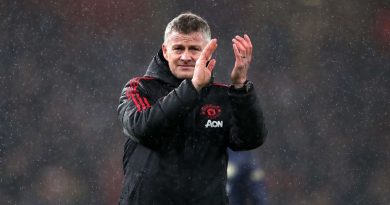 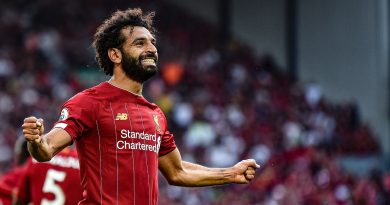 Aug 25, 2019 ayman022 Comments Off on Liverpool demolish Arsenal at Anfield