Aaron Ramsey has suggested his future lies at Arsenal after hailing Unai Emery’s arrival as an “exciting time” for the Premier League club.

The fact that Ramsey is set to enter the final 12 months of his contract has put question marks against his future at Arsenal.

Barcelona, Liverpool and Manchester United have all been linked with the Wales midfielder in the past.

But Ramsey, speaking after Wales’ 0-0 draw against Mexico in California, gave his backing to Emery, the former Sevilla and Paris Saint-Germain manager.

Asked if he was looking forward to working with Emery, Ramsey replied: “Of course.

“I haven’t spoken to him at all yet, but I think it’s an exciting time for the club.

“I can’t wait to get back there now.”

Ramsey, signed from Cardiff in 2008, is soon to mark his 10th anniversary at Arsenal and is the longest-serving player at the club.

He suffered an ankle injury against Mexico but battled on after taking the armband from the stricken Ashley Williams.

Everton defender Williams suffered a suspected rib injury, which forced him to go to hospital for an X-ray.

“I rolled my ankle but I’d taken the armband from Ash and I thought I had to stay on and do my bit for the team,” Ramsey said.

“It wasn’t the best surface in the world and my ankle is a bit sore.

“Hopefully there will be no lasting damage and it will settle down over the next few days.

“It was always going to be difficult coming here against a good Mexico team, but we did well.

“In the first half we played really well, we just couldn’t quite get the goal we needed.

“Apart from that we hung on in the second half, so we are pleased with the result and the performance.

“The future of Wales is very bright and there are a lot of exciting young players coming through.

“Playing a lot of them in this game and in this sort of atmosphere will only give them that bit more confidence now going into the future.” 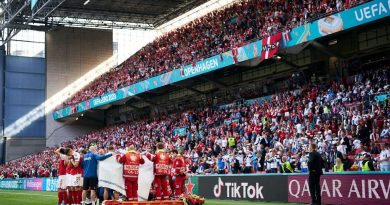 Jun 12, 2021 ayman022 Comments Off on Christian Eriksen’s collapse at Euro 2020 a reminder of the fragility of life 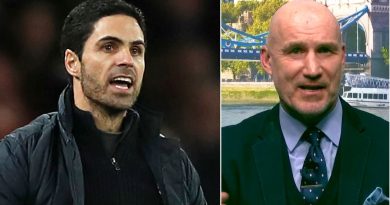 Robson: Arteta needs more time before we judge him

Jan 13, 2020 ayman022 Comments Off on Robson: Arteta needs more time before we judge him 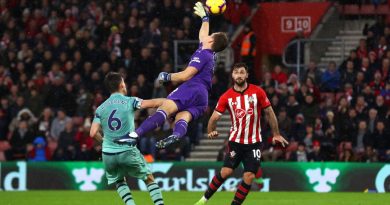 Dec 16, 2018 ayman022 Comments Off on Arsenal’s Koscielny Iwobi and Emery only worth 4/10 for loss at Southampton