Real Madrid boss Zinedine Zidane wants to “finish LaLiga on a high” in preparation for next week’s Champions League final against Liverpool.
Zidane’s side play at Villarreal in their final league game of the season and can still snatch second place on goal difference if city rivals Atletico Madrid lose at home to Eibar.
“We hope we can put in a good performance (on Saturday), it’s important,” Zidane said in quotes reported on the club’s official website.
“We want to finish LaLiga on a high and then we’ve got one week to get ready for the final.”
Zidane insisted Saturday’s game at Villarreal, who are assured of a Europa League spot, was not a dress rehearsal for the showdown with Jurgen Klopp’s Liverpool in Kiev on May 26.
“Absolutely not. They’re completely different teams. Villarreal play out from the back, that’s not how Liverpool play,” the Frenchman said.
“It’s crucial for us to play a good game, the last one in preparation for the final. Then we’ve got a week to get ready for that game, working on all the details. They’re two very different teams.”
Real are bidding to become the first club to be crowned European champions for three successive seasons since Bayern Munich in 1976.
“It’s huge,” Zidane added. “It means a lot, above all that the work we’re doing here is good and we’ve got through to the players as we wanted.
“The players are very hungry to go on winning and they’ve shown that.”
Zidane confirmed he has a full-strength squad to choose from for his side’s remaining two games and was not preparing to rest the likes of Cristiano Ronaldo or Gareth Bale.
Villarreal have finished in LaLiga’s top six in each of the last five seasons since winning promotion back to the top flight at the first attempt in 2013.
Boss Javi Calleja said there would be no better way for his side to finish another successful campaign by beating Real on the final day.
“Winning would be good for many things, it would give us fifth place, prestige and it would be an unbeatable way to end the season,” he said in quotes reported on the club’s official Twitter account.
Calleja confirmed Saudi Arabia midfielder Salem Al-Dawsari has been added to his squad. 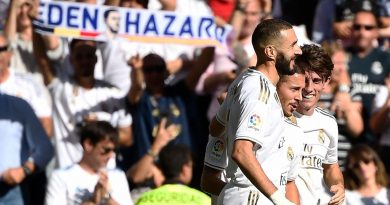 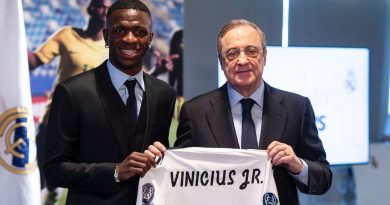 Jan 15, 2019 ayman022 Comments Off on Real Madrid’s obsession with Neymar led them to prodigy Vinicius Jr 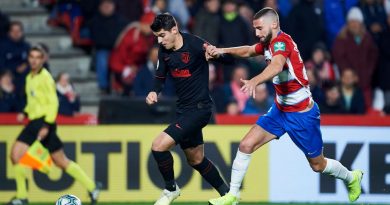