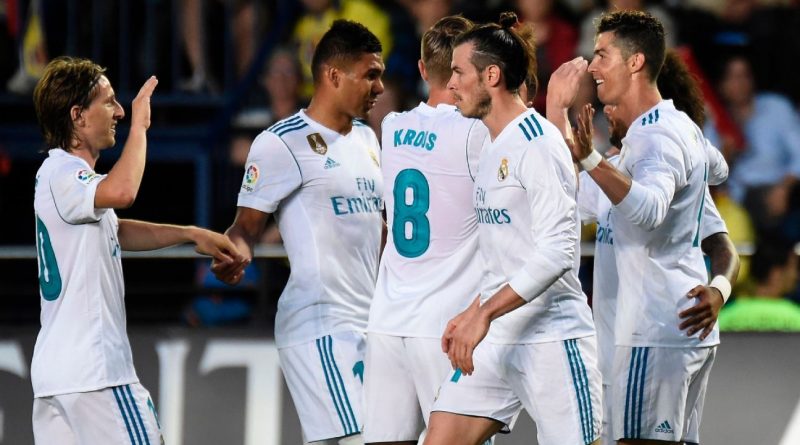 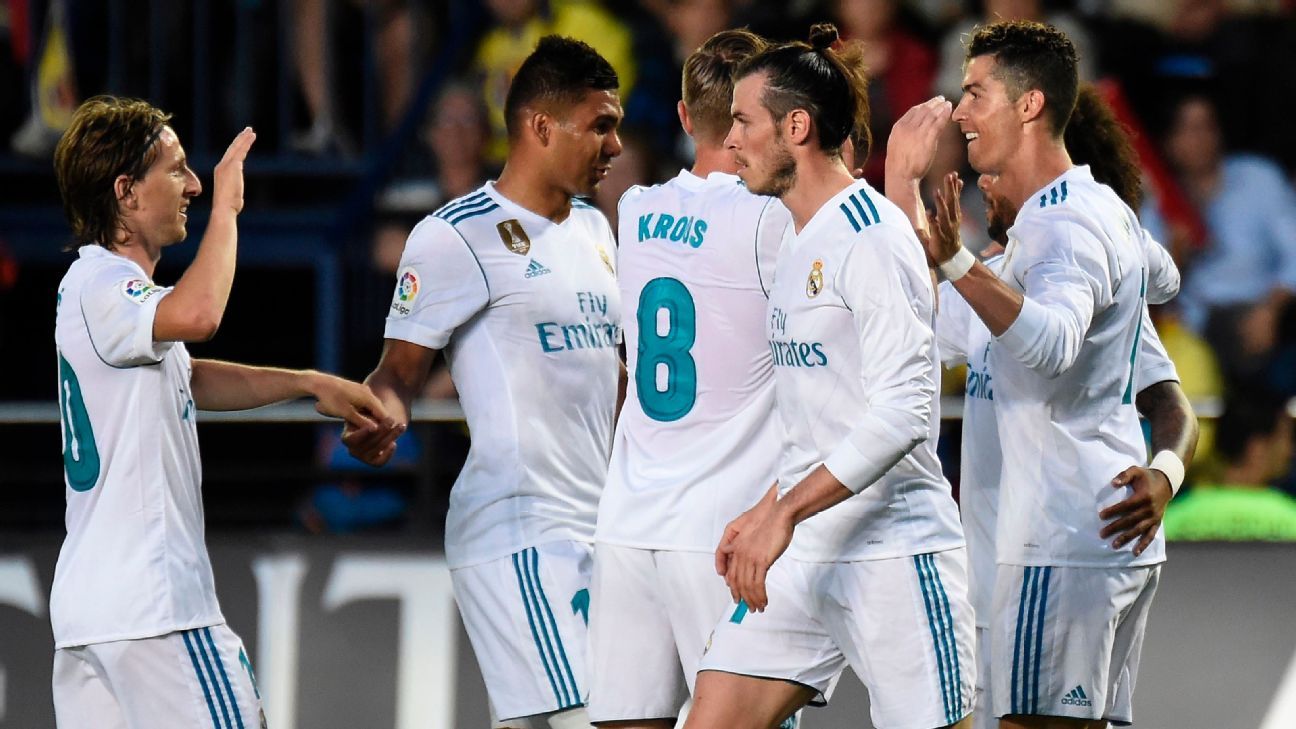 Real Madrid blew a two-goal lead to draw 2-2 with Villarreal in their final La Liga match ahead of the Champions League final against Liverpool.

Real coach Zinedine Zidane handed a debut to his 20-year-old son Luca as first-choice goalkeeper Keylor Navas was rested ahead of the European clash in Kiev on May 26, but otherwise named a strong side.

Gareth Bale, deployed in a more central role, broke the deadlock after 11 minutes to score for the fourth La Liga match in a row, with Cristiano Ronaldo adding a second just after the half-hour to put the visitors in control.

Villarreal, though, mounted an unlikely comeback when substitute Roger Martinez fired in with 19 minutes left before Samu Castillejo, also on off the bench, beat the offside trap to round Zidane and secure a dramatic draw.

The results means Real will finish third behind champions Barcelona and second-placed Atletico Madrid, who host Eibar in their La Liga finale on Sunday.

Villarreal boss Javi Calleja had made some seven changes from the 4-2 win over Deportivo La Coruna.

The hosts, though, could have been ahead inside the opening five minutes as Enes Unal latched onto a loose ball from Sergio Ramos to race forwards, but then dragged his shot wide.

Real slowly upped the tempo, and took the lead when Bale took his tally to five goals in his last four starts.

Luca Modric played a quick free kick to Bale, whose clever dummy outfoxed his marker and allowed him the chance to drill a low shot into the bottom left corner of the net.

The tempo of the match dropped before Ronaldo doubled the reigning European champions’ lead after 32 minutes.

Isco looked like he was set to shoot from 25 yards out, before instead turning back inside and clipping the ball out to Marcelo on the overlap down the left.

The Brazilian floated a cross into the six-yard box, where Ronaldo glanced a downward header past Andres Fernandez.

The visitors could have further extended their lead before half-time.

Modric shot over before Isco’s effort was deflected up past the crossbar and Fernandez produced a brilliant one-handed save to tip away Toni Kroos’ rising effort.

Luca Zidane had been a spectator for much of the first half, but produced a fine save after 49 minutes when he pushed away a curling free kick from Nicola Sansone which flew over the wall and was dipping under the crossbar.

Ramos had to nod the ball off the line from Unal’s goalbound header before Villarreal substitute Martinez made an instant impact, scoring a fine goal just four minutes after coming on.

The Colombian was played into the left side of the penalty area by Rodrigo and unleashed a fierce drive into the top corner.

There was to be a dramatic finale when Castillejo broke clear as Marcelo stepped up trying to play the offside trap.

Zidane came rushing out, but Castillejo produced some neat footwork to sidestep the young Real Madrid keeper and slot in from a tight angle.

In stoppage-time, Fernandez pushed Benzema’s curling shot wide, and Lucas Vazquez drilled wide from the resulting corner as Real had to settle for a point. 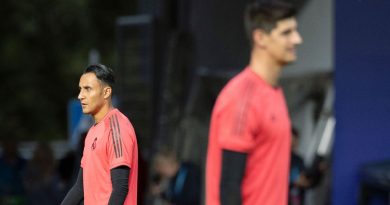 Aug 30, 2018 ayman022 Comments Off on Real Madrid’s Keylor Navas left out of Costa Rica squad as he focuses on Thibaut Courtois battle 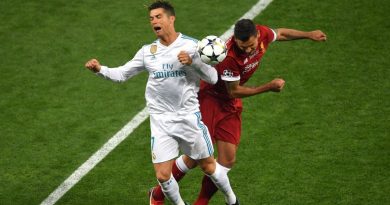 May 27, 2018 ayman022 Comments Off on Cristiano Ronaldo puts future in doubt: ‘It’s been very nice playing for Real Madrid’ 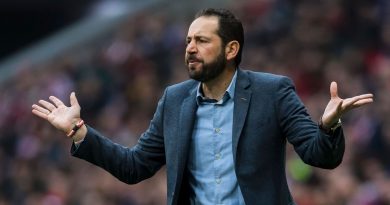 May 28, 2018 ayman022 Comments Off on Sevilla hire Pablo Machin away from Girona to become new coach