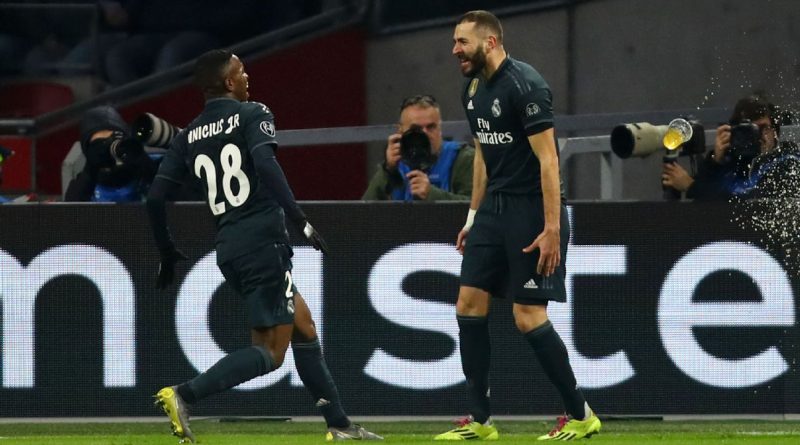 As the dust from that dust-up in Amsterdam settles there’s a statistic that tells a very big story about Real Madrid after their 2-1 win against Ajax in the Champions League.

I only recur to dry numbers because in such a dramatic, picturesque, history-evoking football match there are a myriad of people stories which, I think, will obscure something important.

Against Ajax, Alaves, Betis, Espanyol and Atletico, Los Blancos’ “seventh cavalry” who get a late chance from their manager have been: Marco Asensio, Gareth Bale twice, Mariano and Dani Ceballos.

In the Netherlands on Wednesday night, it was Asensio — sharp, confident and on the end of Dani Carvajal‘s cross.

What’s more, Solari’s squad is not fully functioning yet. Were it not for the fact that Isco is both injured and (still) on the naughty step, that Marcelo stubbornly remains a few pounds above his fighting weight and Marcos Llorente injured again, then the European champions would not only be at full strength, they’d be full of strength too.

To have a bench like that, to be able to select based on form and fitness when you pick your XI, to be able to leave players out (Isco, Marcelo) to warn both them and others and to still win, to be able to sense that a game can be turned and to throw on a result-altering substitute … these are the things of which champions are made.

Here’s something else, too: During those past 10 games Madrid have scored nine goals after the 75th minute — the vast majority have come after the 80th minute.

That kind of performance is always, without exception, a marker of a team which isn’t just physically fit but also unified, which is mentally strong and which has a belief system that ends with: “We’re going to score.”

You can keep your “Ajax were unlucky” narratives. It sounds nice, it stokes the imagination given how seriously motivated the underdogs were prematch but, in fact, they squandered a good performance.

It wasn’t that Madrid were lucky, they did what they are very good at: Rope-a-dope.

Ask Juve. Ask Bayern. Ask Atletico. Ask PSG. Ask Liverpool. Even if this is a Real Madrid sans Cristiano Ronaldo, the fact is that they still lure you in, take blows to the body and chin and then come back out in a hail of haymakers, painful jabs and, generally, put you on the canvas.

Each of the teams listed above have, over the past few seasons, had the same complaints as Ajax will have.

“We thought we were on top.” “Madrid weren’t really playing like European champions.” “They got lucky.”

To do it time after time after time requires special talent, special attitude, complete self belief and, yes, some slivers of luck here and there. There was fortune when Dusan Tadic hit the bar instead of scoring, but none when VAR took away what looked like the opening goal.

With the benefit of video-assisted refereeing there’s now no doubt at all that Tadic was both offside and interfering with play when the ball was headed home. The human referee missed it, the machine didn’t. This is the way we roll now and it’s for the better.

But what mustn’t be ignored is that this beautiful game brought us something that computers and machines and A.I. will never be able to replicate: human genius at high speed.

While Solari’s calm, smart revolution has been chastising the naughty boys and gradually coaxing fitness out of both tired and injured footballers until a crescendo is arriving, his keynote achievement has been the handling of Vinicius Junior.

This kid is incredible. How on earth did poor old Julen Lopetegui not see it before results and performances cost him the sack?

It’s not the talent I’m talking about — you know that much by now I reckon. He’s a phenomenon for a combination of reasons that go beyond talent.

With him, Madrid have become an extraordinary counter-attack team.

Think back to the breakthrough goal in Amsterdam. Frenkie de Jong (and I wonder what Barcelona think of his rather subdued performance here) is trying to harass Luka Modric.

The Ballon D’Or Winner is literally holding him off with one arm and using the other for balance so as to stay upright. He’s heading towards Real Madrid’s goal.

But because Modric is Modric, like a scrambling but daring quarterback, he gets the pass away.

Because Ajax have momentarily relaxed into the idea that: “We are putting them under pressure, we are going to win scraps when Frenkie snaps at Modric’s heels sufficiently” they’ve just dropped their guard an iota.

Sergio Reguilon, fed by Modric, suddenly has the ball … and space. But every single player in Madrid’s arsenal of talents, not just those who play down the left, know what to do when that happens.

And so he does.

Now the Brazilian is tough, pacy, daring, technical, intense, committed — all these great things. But he’s also bloody-well 18. Do you remember yourself then?

All maturity and great decision-making? Yes? No? Those who answered yes, go to the back of the class, put on the hat marked liar and expect detention.

So when Vinicius decides to put Noussair Mazraoui, Matthijs de Ligt and Daley Blind on toast, it’s a divine snack. He has out-paced them, out-thought them, out-dribbled them.

I’d guess 99,999 wingers out of 100,000 would have shot. And that figure rises to 100 percent of them if they are 18, bristling with testosterone and confidence … plus an urge to impress.

Vinicius has earned the right to shoot and, what’s more, given the heat-seeking, laser-control effort he struck towards Andre Onana’s far corner in the first half, he’d probably have scored.

Instead he did what the greats do. Vinicius made sure that, amid the flurry of adrenaline, endorphins, fighter’s hunger and burning desire to administer a winning punch, his brain defeated his instincts. Amazing.

Even on the run, even pulling three Ajaxers with him, he’d already looked up, already seen Karim Benzema and opted to give his strike partner a gilt-edged chance — one which was immediately stroked past Onana with elegance.

It was all the more wondrous because the past two games have seen Vinicius either commit minor errors, be fouled more, or look just a little bit more like a teenager and less like a 28-year-old.

Albeit he was fouled by Joao Correa in the run-up to Atletico’s equaliser on Saturday the free kick wasn’t awarded and, in effect, it was the Brazilian who was robbed of the ball for what became Antoine Griezmann‘s goal.

Here, Vinicius occasionally got picked off, slipped, lost a tackle — little things. But not only did he respond Saturday in the Derby by working extra hard when tracking back he helped win the possession which led to his run and moment when Atleti gave away a penalty for 2-1 to Madrid.

Here, too, he responded by roaring up and down the line as if he were a wing-back, desperately pressing, harassing, tackling, blocking. It must have made his manager purr with delight.

It’s fair to say that while the scales tilt heavily in Madrid’s favour right now, this tie isn’t quite done and dusted. There are a couple of weeks until the next game, Sergio Ramos duly got himself booked (to “clean his slate” for the quarterfinal) and so won’t be playing. But, for the sake of argument, let’s say Madrid are going through to the last eight.

I must confess that before the start of the season I genuinely doubted that Madrid, without Ronaldo, were quite good enough to win a fourth straight European crown.

That they could possibly remain unsated, hungry enough to push all other concerns aside and, somehow, add to their two recent defeats of Atleti in finals and actually (trumpet fanfare) win the Champions League in Atleti HQ — the Metropolitano — seemed like a long shot.

I doubted it. Now I’m changing my mind. Favourites? Perhaps not. Still short of Ronaldo-esque goals in crucial times? Perhaps so. But, boy, they are jam packed with new belief, energy, youth, athleticism, momentum and, ladies and gentlemen, in Vinicius they possess a genuinely extraordinary young man. 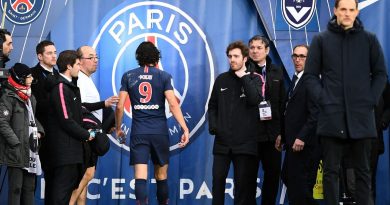 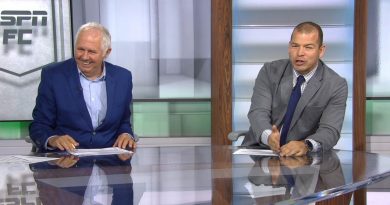 Extra Time: The away goal debate rages on! 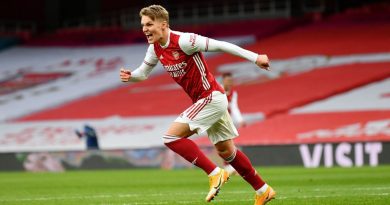