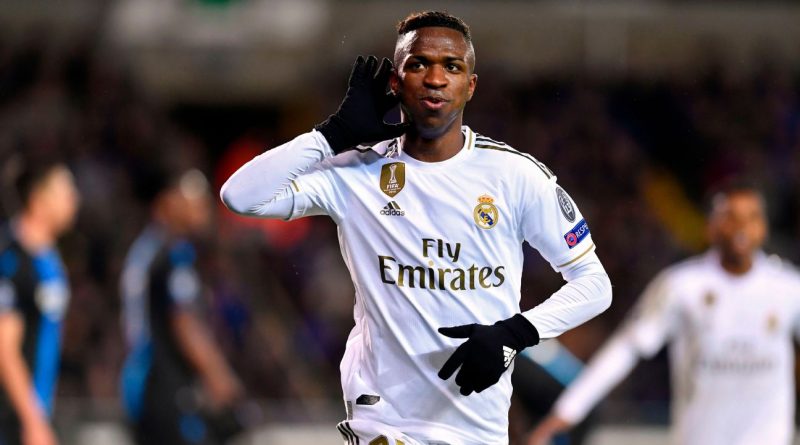 Brazilian teenagers Rodrygo and Vinicius Junior were both on the scoresheet as Real Madrid beat Club Brugge 3-1 on Wednesday with qualification for the Champions League round of 16 already assured.

Eighteen-year-old Rodrygo opened the scoring early in the second half at the Jan Breydelstadion when picked out by Alvaro Odriozola’s cross. Brugge equalised a minute later when Real Madrid switched off at the back, but 19-year-old Vinicius responded 10 minutes later with a close-range finish. Luka Modric scored in added time to complete the win.

Madrid were already certain to finish second in Group A and could face the likes of Manchester City, Liverpool, Bayern Munich or Juventus in the next round.

Rodrygo caught Europe’s attention with a hat trick in his last Champions League start against Galatasaray. This performance wasn’t quite as eye-catching, but his outside-of-the-foot finish for the opening goal was yet another indication of his quality.

Vinicius, often omitted entirely from Real Madrid squads in recent weeks, had impressed four days earlier against Espanyol and here he added a goal, which should go some way to completing the rebuild of his confidence.

Key players such as Sergio Ramos and Toni Kroos were rested, while others who have barely featured — notably €60 million summer signing Luka Jovic — got minutes.

This was a game that did not matter, and at times it felt that way. A much-changed Madrid lacked fluency and there was sometimes a sense of disconnection between defence, midfield and attack, especially in the first half.

7 — With nothing riding on the game, Zinedine Zidane made six changes to the team that beat Espanyol on Saturday. As a result, they struggled to get going, but things picked up after the break. Zidane had insisted before kickoff that this was a match to take seriously, and he will have been pleased with the second-half display.

GK Alphonse Areola, 6 — Solid deputising for Thibaut Courtois. Made one good first-half save. There was nothing he could do for the Brugge goal.

DF Alvaro Odriozola, 7 — Well behind Dani Carvajal in the right-back pecking order, he did fairly well, putting in a good cross for Rodrygo’s opener.

DF Eder Militao, 7 — Once again showed signs that he may be a long-term option at centre-back. He and Raphael Varane make up one of the quickest centre-back partnerships around.

DF Raphael Varane, 7 — A fairly quiet night leading the defence in the absence of the rested Ramos.

DF Ferland Mendy, 7 — Combined well with Vinicius on the left, but it still feels like there’s more to come.

MF Casemiro, 8 — The fact that he wasn’t rested by Zidane shows his importance to the team and the lack of a viable alternative.

MF Luka Modric, 8 — A superb pass out to Odriozola for Madrid’s opening goal, and a classy finish late on for their third.

MF Isco, 7 — Has now started three of Madrid’s past four games. He will be important against Valencia and Barcelona in La Liga in the next week.

FW Vinicius, 8 — Bright, and almost back to the form he displayed last season. He reacted quickly when his chance came, and took the goal well.

FW Rodrygo, 8 — Another impressive performance. Took his goal well and now has four in the Champions League alone.

FW Luka Jovic, 7 — A rare chance to impress in his first Champions League start. Tested the Club Brugge keeper early on. Quiet otherwise, but involved for the second goal.

FW Karim Benzema, N/R — Came on for Jovic, and didn’t have much to do. 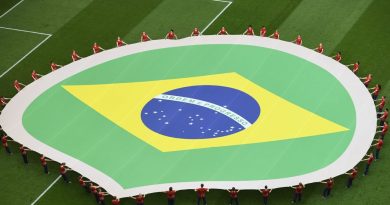 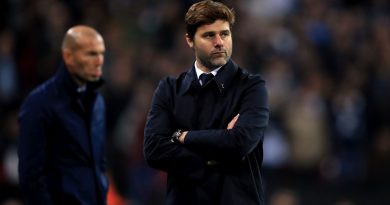 Has Pochettino proved he can manage a team like Real Madrid?

Jun 1, 2018 ayman022 Comments Off on Has Pochettino proved he can manage a team like Real Madrid?