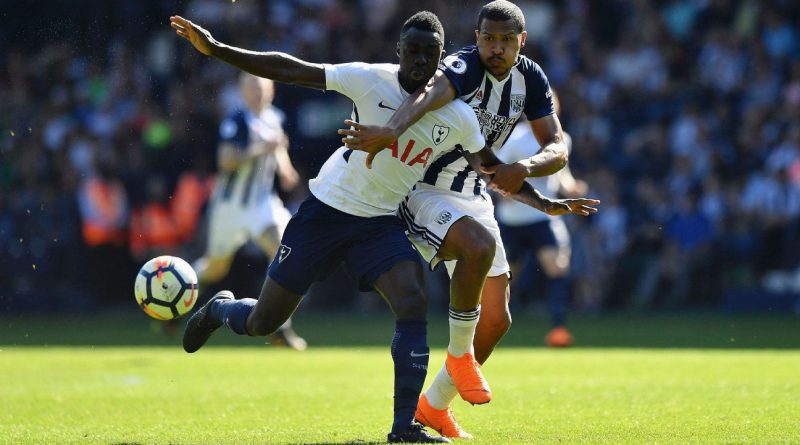 The weekend review salutes Huddersfield, Brighton and West Brom, while wondering just what is going on with Tottenham and Manchester United.

Goal of the weekend

There’s often nothing like a shot that looks in from the moment it’s hit. And perhaps because it was rather unexpected, Mark Noble’s brilliant volley in West Ham’s 2-0 win over Leicester was a classic of the genre. A great strike, and one that secured his club’s Premier League status. Not a bad piece of work.

Nearly goal of the weekend

Chelsea’s season has been broadly underwhelming, but had Marcos Alonso’s Marco van Basten-esque volley had been about a foot to the left, it might all have been worthwhile. As it is, it whizzed past the post, and everyone was denied something spectacular.

Point of the weekend

It might be tricky to explain to someone who doesn’t follow football how vital a draw can be. But for Huddersfield, their draw with Manchester City could save their season, particularly given it was very easy to think they wouldn’t get anything at all from their final three games.

The draw puts them three points above Southampton and Swansea, who are level on 33, and means if there’s a positive result when those two play each other on Tuesday, then Huddersfield will be all but safe and a single point from their last two games will keep them up. Remember that, despite the terrible run they’ve been on, staying in the Premier League would be a remarkable achievement.

Farewell of the weekend

It’s certainly going to be weird without Arsene Wenger around. Still, at least Arsenal saw him off in fitting fashion: with a convincing 5-0 victory when it couldn’t possibly matter less.

Troubling performances of the weekend

Say this for Tottenham and Liverpool, they’re at least trying to make the last few weeks of the season interesting. You could excuse Liverpool taking six points from their last available 15 and putting their top-four place in jeopardy: they have, after all, been busy elsewhere.

But Tottenham’s 1-0 defeat to West Brom was the latest in a long line of disappointing results and performances, and while they have two games to salvage things (as opposed to Liverpool’s one), it must be a concern that as the season dwindles, so apparently does their staying power.

Defeat of the weekend

What a weird season it’s been for Manchester United. They’ve beaten everyone else in the top six, they’re in the FA Cup final, they likely will finish runners-up to one of the most devastating teams in Premier League history, they’re probably going to improve their league position by four places and with two games to go they’ve already bested last season’s points tally by eight.

And yet Friday night’s 1-0 defeat to Brighton means they’ve also lost to all three promoted teams, lost to at least one relegated team (West Brom, two if Huddersfield drop), surrendered in the Champions League, can’t get a tune out of Paul Pogba, their most talented player, and for the most part have played football you would only reluctantly pay to watch.

Is it possible to have both a good and a terrible season simultaneously?

Quiet achievement of the weekend

Maybe the biggest compliment you can give Brighton, in their first Premier League season, is that they have survived without any real drama. There have been moments of nerves, but this has been a team in their manager’s image: unfussy, solid, likeable and getting the credit they deserve.

The line about Chris Hughton is always that he’s a steelier character than his image as football’s Mr. Nice Guy suggests, and that’s certainly true of his Brighton side. They have maintained a steady course throughout this season, and it only serves to hint at what they could achieve in the future.

Capitulation of the weekend

There was something inevitable about Stoke’s defeat and relegation against Crystal Palace. Four times since Paul Lambert was appointed, they have thrown away a winning position, and from more or less the minute Xherdan Shaqiri’s free kick arrowed into the top corner, they looked fretful, more nervous when they had a lead than when they were looking for one.

“It’s people being anxious, worried about what might happen when we’ve got the lead,” Lambert admitted after the game.

And that, you might say, sums it up quite neatly.

Declaration of the weekend

The secret of good comedy is timing. It’s understandable that Sam Allardyce might want to respond to his critics, but his assertion on Friday that he had won “the hearts and minds” of Everton fans was unfortunate on a few levels. Allardyce is either entirely deluded or was trying to wind up the supporters of the club he manages, and neither is an especially good look.

Even more so when you then scrape a draw, at home, against a team in the relegation zone, and the big tactical move of the game was to replace a winger with a centre-back. This relationship really doesn’t seem to be working out, and it would probably be for the best if it ends in the summer.

Caretaker of the weekend

They couldn’t … could they? West Brom are still alive, just about, and it’s worth pointing out that under Darren Moore, the Baggies have managed more points in three games against top-four teams (seven) than Arsenal have (four) all season.

The path of caretakers who become managers can be tricky, and one shouldn’t underestimate the power of “not being Alan Pardew,” but giving Moore the permanent gig looks like an increasingly smart and popular move. 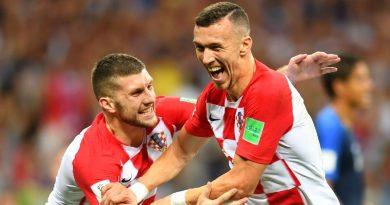 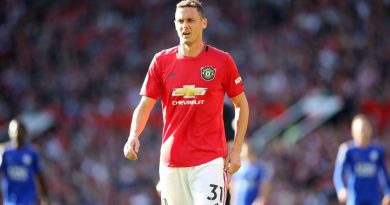 Sep 16, 2019 ayman022 Comments Off on Frustrated Matic to fight for Man United spot 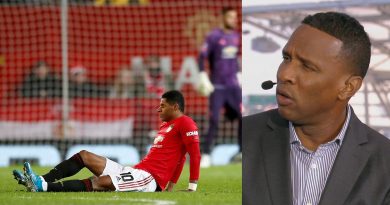