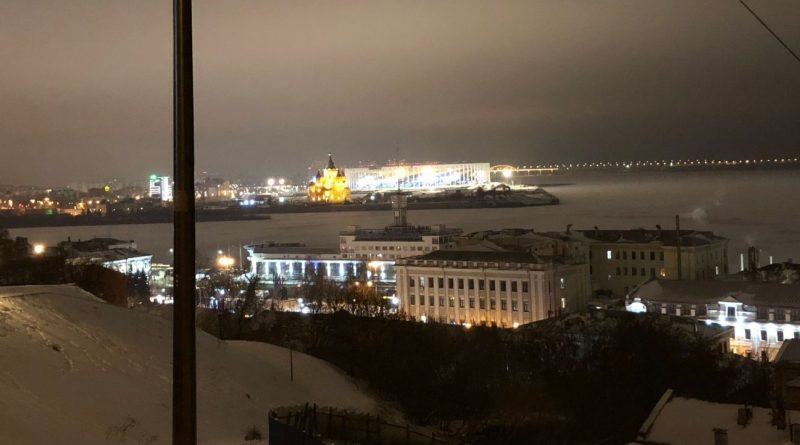 Editor’s Note: This is the first in a series of essays profiling all of the cities set to host World Cup games this summer. Eliot Rothwell visited every venue to get a sense of how preparations were going and what the mood was like ahead of the tournament.

NIZHNY NOVGOROD, Russia — I spent the afternoon in driving hail on the east of side Nizhny Novgorod, watching two amateur teams, FK Uran and Dzerzhinsk TC, compete in the region’s winter championships.

The snow was piled high around the pitch at FK Nizhny Novgorod’s stadium. On the field, a synthetic green turf drizzled in white, the players wore hats, tights, gloves, snoods and whatever they could find to keep warm. The 100-or-so fans that had travelled from nearby Dzerzhinsk wrapped up in bubble coats to see the only live football on offer in winter, when the professional leagues take their break. In the cold, the players traipsed around, playing out a 1-1 draw.

I met Andrei Sovarchev, a former press officer for a number of the city’s football clubs, by the statue in Minin and Pozharsky Square, a patch of land dedicated to two men who led the defence of Nizhny Novgorod against a Polish invasion in 1612. In front of him, a red brick wall guarded the city’s Kremlin, one of a series of forts that the princes of Muscovy built in the 1500s to consolidate their power around Russian lands.

We left the Kremlin, the square and the Volga behind, heading down Bolshaya Pokrovka, a long, pedestrianised street linking Minin and Pozharsky Square with Gorky Square, named after Soviet writer, Maxim Gorky, who, until the dissolution of the Soviet Union, also gave his name to the city.

In the summer, Bolshaya Pokrovka will be lined with chairs, terraces, stalls and markets. In February, the bright yellow of shop signs yelling “Produkty!” and the warm hum of bars and restaurants offered some reprieve from the weather while, on the side of buildings, huge, sharp icicles pointed menacingly down to pavement. Up and down the street, people darted into restaurants and cafes, sitting down to eat pirozhka, a sort of flat, thin pie, often filled with cabbage, onions or mincemeat. Younger people and families packed into McDonalds while ageing men in business suits filed into a Georgian restaurant, ready for some of the spice so often lacking in Russian cuisine.

Eventually we turned again until we arrived at a craft beer bar, the type that has become ubiquitous in Russia’s cities as the “craft revolution” set in. Inside, among the wooden tables, beer pumps and American rock music, Andrei ordered a glass of dark stout.

After a few sips, he began to liven up. At 27 and a resident of Nizhny Novgorod, one of the cities least touched by Western culture, for his entire life, he was passionate about his city and the opportunities that the World Cup will bring.

Like many Russians under the age of 30, Andrei grew up in a post-Soviet world. For him and other residents of Nizhny Novgorod, the dissolution of the Soviet Union was particularly significant. Until then the city, named Gorky, had been “closed.” Foreigners were strictly prohibited. Now, 26 years later, the World Cup will bring people from all over the world. Many residents are preparing for the greatest influx of foreign visitors they will ever witness. Embankments, streets and squares that were once only frequented by Soviet citizens will heave with the sights and sounds of fans from Argentina, England, Panama and elsewhere.

Ruminating over a pint stout and a bowl of Grenki, the long, black garlic bread sticks that accompany beer in Russia, Andrei laid out his hopes for the World Cup. For Nizhny Novgorod, he said, the tournament is an opportunity to open the city up to the world and shake off the legacy of Gorky, the closed city.

“Such a huge event is very important for Nizhny to show for the world its history and its culture,” he told ESPN FC. “It is very good motivation to work hard and to show what has changed.

“For example, English people didn’t have the chance to visit during the 20th century. It is a very good chance to create a very good atmosphere.”

He also saw hope for some reconciliation between Russia and the outside world, an opportunity to break media narratives. “It’s a big stereotype that Russia is a terrible place”, he said. “This World Cup is a very good chance to break stereotypes. It’s a very good possibility to understand that Russia is part of Europe, like all the other eastern European countries.”

But the World Cup’s legacy in Nizhny Novgorod, all open hearts, minds and new infrastructure, might not be enough to sustain a lasting football culture. It is not a city accustomed to hosting huge matches. At the moment, there is no local team in the Russian Premier League. Most recently, Volga Nizhny Novgorod competed in the top flight from the 2011-12 season until their relegation in the 2013-14 campaign. A year later, they were wound up.

In the 1990s, Lokomotiv Nizhny Novgorod represented the city, even reaching the Intertoto Cup. But like Volga, they were ultimately relegated, shuttered and reformed as an amateur team. Local hopes now rest on Olimpiyets, founded in 2015. They compete in the second tier of Russian football but are closer to relegation than promotion. Until recently, they played their matches in Dzherzhinsk, a city in Nizhny Novgorod Region, attracting crowds of a couple of thousand at most.

In April, Olimpiyets moved into the Nizhny Novgorod Arena, ready for the obligatory test matches before the World Cup. The stadium, a set of pillars wrapped around in a blue and white façade, was built on an unused patch of land next to where the Volga and Oka rivers meet. The Kremlin and the elevated city centre are viewable across the Oka while the stadium is surrounded by a retail park and a set of Soviet-era apartment blocks.

After delays, it finally opened in April. In the first game there, Olimpiyets played Zenit St Petersburg’s second team. Only 15,000 people turned up for the match, just 33 percent of its capacity. Two weeks later, against Rotor Volgograd, an established, historic team, things improved and 26,800 fans came to the stadium. It was an impressive figure for a side who only attracted 500 fans in their final game in Dzherzhinsk, but still just 58 percent of the total capacity, with the attendance falling in subsequent weeks.

At the bar, Andrei was optimistic about the future of football in Nizhny Novgorod.

Though 20,000 would be a large crowd for Nizhny Novgorod, a city more passionate about ice hockey, it would still leave oceans of empty blue and white in the stands. But Aleksei Dmitrov, a flat-capped, fast-talking shop owner, believed that ice hockey provided a model for football in the city. He pointed to the success of local ice hockey team Torpedo Nizhny Novgorod, who provided a number of players for successful Soviet Olympic teams. If residents could see talented players in a new stadium, he said, the popularity of local football would grow.

There is an existing football culture in Nizhny Novgorod but it rarely involves watching the city’s teams. Local football in the city, as in many across Russia, struggles to compete with the popularity of the Moscow clubs and foreign leagues. During our meeting Andrei received a few calls, each time putting the phone back down on the table, saying “Liverpool fan”, or “Tottenham fan.” As a Spurs supporter, he was arranging where he and his friends would watch the two teams do battle that evening.

Even Andrei, a passionate advocate of local football, preferred the Premier League. In Russia, he supports Lokomotiv Moscow, the current champion, but he always watches matches from England.

“A lot of people love football: Moscow clubs, English clubs, Spanish clubs,” he said. “But about local teams it is a little stranger.” Between the demise of Lokomotiv Nizhny Novgorod and the rise of Volga, locals had to look elsewhere, he said. “We didn’t have a good team and, for example, my generation started to support the Moscow clubs.” Many others took up Barcelona, Real Madrid, Chelsea or Manchester United.

For Andrei, the chance to see Harry Kane, his Tottenham hero, play in Nizhny Novgorod will be unique. Others will come to see Lionel Messi and Argentina. Some will come for Luka Modric and Croatia. People from all over the world will pack into the stadium, just 26 years after Nizhny Novgorod was opened to foreigners. On Rozhdestvenskaya Street, a strip of bars and restaurants parallel to the Volga, cold beer will be available on terraces, with an English pub on one side of the street and modern street food eateries on the other.

As Andrei said, before leaving to watch Tottenham take on Liverpool, “it will be summer. Nice bars. Nice embankments. Nice rivers. It’s a very good time for a party.”

Eliot is a European football writer with a special interest in Eastern Europe, the Premier League and Serie A. He has written for ESPN, The Daily Mirror, Four Four Two, goal.com and others. You can follow him on Twitter @EliotRothwell. 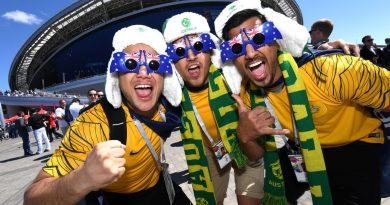 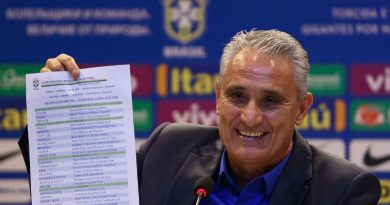