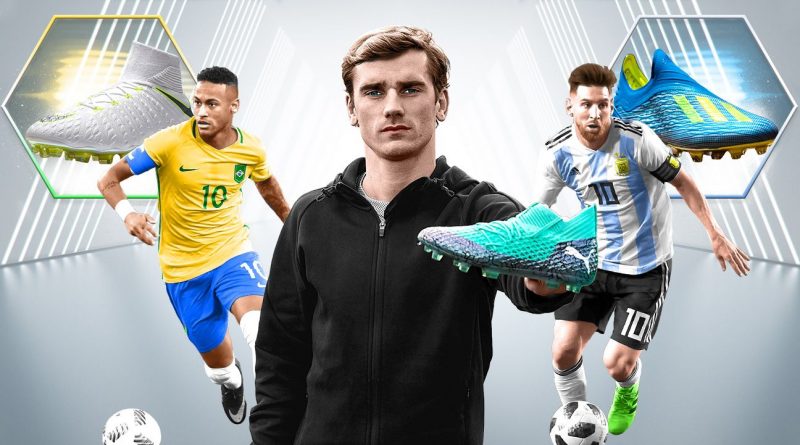 The spotlight doesn’t shine any brighter than on the stage that is the World Cup. And the top 50 players at this summer’s tournament, as named in our World Cup Rank, will no doubt revel in the attention of taking centre stage.

Soaking up all that attention, and converting it into brand awareness, are three of the world’s biggest names in football: Nike, Adidas and Puma. The trio account for 49 of our 50 best players in Russia — and it would’ve been a clean sweep if not for Sadio Mane’s switch from Nike to New Balance ahead of the Champions League final.

So, with all eyes on Russia, what do these kit suppliers have in store for the biggest tournament in the sport? And what will the World Cup’s brightest talents have on their feet? We round up the latest offerings and tell you who’s wearing what this summer in ESPN FC’s Boot-Spotter’s Guide to the World Cup.

Twenty-six of our top 50 players at the World Cup will be wearing Nikes, and with the likes of Cristiano Ronaldo and Neymar lacing them up — and swooshes adorning the shirts of title challengers Brazil and France — the bright white of the brand’s Just Do It pack will have no shortage of attention.

What Nike says: “For 20 years, Nike has designed Mercurial boots for the fastest players in the game, featuring experimental and game-changing innovations. Mercurial 360 builds on that proud tradition with a 360 construction that will soon appear in Nike footwear across other sports.”

What Nike says: “What might happen if the foot had evolved as if it were designed to play football? That question is central to the creation of the Magista II. Thanks to advances in scientific testing and rapid prototyping, the boot’s design emphasises evolution in touch and traction.”

What Nike says: “This is a finisher’s boot,” explains Max Blau, vice president of Nike football footwear. “Every component of this boot was built for goals.”

What Nike says: “Nike Tiempo boots, much like the professional players who wear them, have a reputation for making the exceptional look easy.”

Adidas outfits 20 of those who made our World Cup Rank, and the three stripes brand’s Energy Mode pack sees fluorescent greens, oranges, blues and yellows that are sure to grab your attention in Russia. Supplying three of the tournament’s biggest favourites in Spain, Argentina and defending champions Germany, as well as Lionel Messi, Adidas has set out to own this summer’s tournament.

What Adidas says: “With the new X18+, we have produced something that is really lightweight and minimalist in its design, which removes the barriers between foot and ball while still achieving the elite touch and support at high speed required by the game’s most explosive players.”

What Adidas says: “When designing the Predator 18+, we wanted to create the most innovative boot on the market while staying true to the very ethos of what made the Predator such an iconic boot. We wanted to create a boot for those players who control the game through a killer touch or defense-splitting pass.”

What Adidas says: “Our design for this product was taking that idea, of the relationship between torsion, support and agility, and using it to support the most disruptive players in the game.”

Puma’s tagline at this summer’s World Cup in Russia is “Illuminate the Game”. That’s reflected in their Illuminate pack, an iridescent colourway that reflects “that pulse of energy that surges through the minds of football geniuses as they receive the ball and create those game-changing moments of excellence.” Antoine Griezmann will grab the bulk of Puma’s limelight in Russia, while the brand is almost certain for knockout-round exposure by outfitting Group A favourites Uruguay.

What Puma says: “Today’s players are not good at one thing. They are good at a lot of things. With that in mind we set out to design something that would deliver the needs of all players into one boot. From the tough-tackling defender to the swift-footed striker, we can now offer a boot that reflects the perfectionist in all of us.”

What Puma says: “The Future is made for those players that change the game in an instant, those that play with instinct and invent play on the pitch. That’s why we have a boot that allows for complete individuality in both fit and style.” 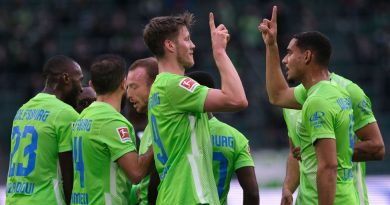 Wolfsburg are often overlooked in Bundesliga, but the Wolves are hunting a Champions League return

Apr 22, 2021 ayman022 Comments Off on Wolfsburg are often overlooked in Bundesliga, but the Wolves are hunting a Champions League return 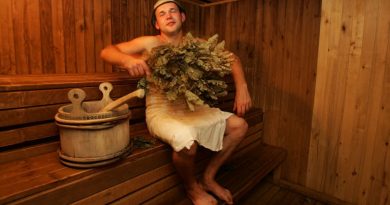 Russia bathhouse culture like a sports bar Postcard from Russia

Jul 2, 2018 ayman022 Comments Off on Russia bathhouse culture like a sports bar Postcard from Russia 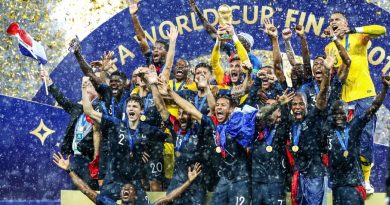