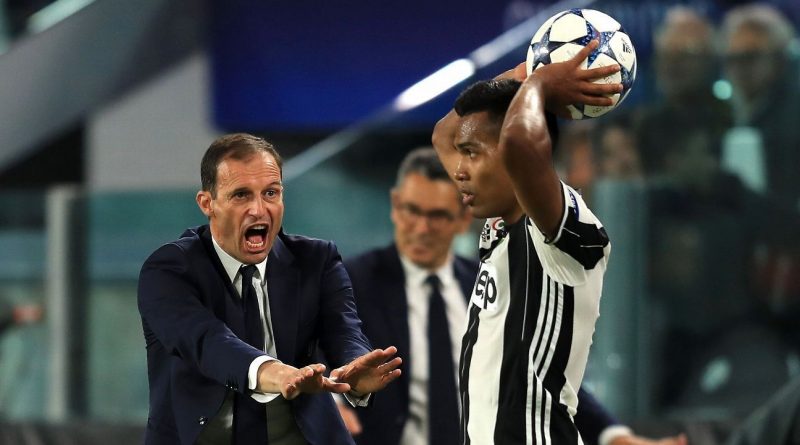 With two trophies collected and celebrations concluded, Juventus have begun their work on the transfer market. So many names have already been linked to the Turin giants, and while many expect them to buy stars to satisfy their coach and ensure progression on the field, certain players also are being linked with a move away.

It perhaps came as no surprise to many that when Tite announced his 23-man Brazil squad for the World Cup, Alex Sandro wasn’t on the list. The full-back’s performances have been far from perfect this season, and he has struggled to replicate the monstrous form he exhibited the season before, when Juve reached the Champions League final.

The player proved particularly woeful at the start of the season, and even Massimiliano Allegri admitted his disappointment. It was thought that Alex Sandro, unhappy with having not been sold over the summer, was expressing his discontent on the pitch via lethargic and nonchalant performances. However, CEO Giuseppe Marotta reminded those asking the questions that whoever asks to leave the club will be allowed to leave with their blessing. Juventus do not wish to keep anyone who doesn’t want to stay, fearing the impact that would have over the harmony inside the dressing room.

“In the case of Alex Sandro, he was in full agreement with the idea of remaining with us. His performances are down to his own personal issues that we won’t go into here,” Marotta explained.

Fast-forward to February and Alex Sandro had improved, producing a man-of-the-match performance against Torino. La Gazzetta dello Sport and other media outlets in Italy were quick to note the positive effect Allegri has had on his player, encouraging him to display his real abilities on the pitch in a private conversation between the two.

According to la Gazzetta, Allegri reminded the Brazilian that he could give Juventus so much more: “Think solely of training seriously and remaining calm and you will soon return to your normal levels.”

It was interesting, then, that Brazilian journalist Claudia Garcia should come out and insist to Rai Sport that Sandro would consider renewing his contract only if Allegri leaves: “They have certainly not enjoyed an idyllic relationship in the last few years.”

Allegri hasn’t always enjoyed perfect relationships with his players, and many have sought to move on during his time at Milan and Juve, but the tactician believes in Alex Sandro, so much so that he tried to change his role in order to allow him more freedom to express his abilities.

Pushed further up the pitch in a more attacking role, Allegri experimented with Alex Sandro’s positioning in hopes of provoking better performances. For his part, Alex Sandro tried to master what was required of him in these new roles, but in the end, he succumbed to tactical confusion. It takes time to learn how to operate and what to prioritise when moved to another position, but in Allegri he has a fan, even if the feeling might not be mutual.

Perhaps a fresh start is what the player hopes for, especially considering the disappointment at not being called up by Brazil for the World Cup. It was assumed by experts that Tite was looking to include players who offered an alternative to his starters, and since Marcelo is more effective going forward than defending, much like Alex Sandro, the alternative needed to be a more cautious player, and thus Filipe Luis was chosen.

It remains to be seen just how unhappy Alex Sandro really is at Juventus and with Allegri. He’s certainly not short of suitors, especially in the Premier League. Young, technical and fond of a quiet life, Alex Sandro wants to succeed, but before he makes any big decisions, he should remind himself what he will give up if he leaves Juventus.

One need only look at how much success the likes of Leonardo Bonucci, Paul Pogba and Alvaro Morata have found since departing. The first two have found themselves at clubs that still need a few more years before they taste the type of success Juve are currently enjoying domestically and in Europe. More importantly, the Old Lady offers players the type of support they will struggle to find elsewhere, and that is perhaps the reason why Morata dreams of a return.

With or without Alex Sandro, Juve will succeed. But can he succeed without (or indeed with) Juve? 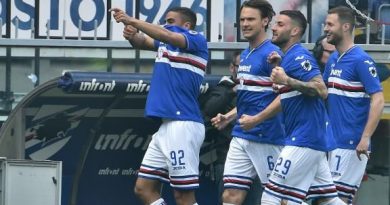 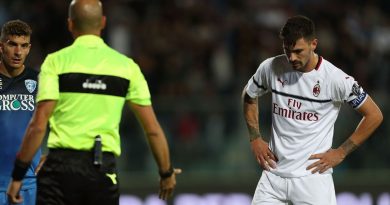 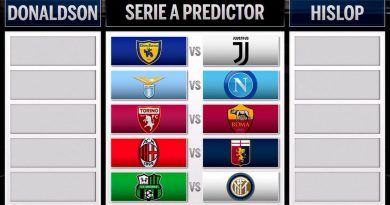 Serie A Predictor: The season begins!