Taking into account their performances, we answer a key question for each CONMEBOL side as their preparation for the game’s biggest stage continues.

Are we prepared for a super-attacking Brazil?

Brazil coach Tite already has a Plan A and a Plan B — and in an exhilarating first half against Ghana in Le Havre, France, he unleashed an ultra-attacking Plan C, which probably worked even better than he had hoped.

Over the past year, his team have grown accustomed to playing with two wingers — usually Raphinha on the right and Vinicius Junior on the left, with Neymar floating as a false nine, linking up with attacking midfielder Lucas Paqueta. The variation has been to include Richarlison as a centre forward, dropping one of the wingers and using Paqueta cutting in from one of the flanks.

But what if there was a way to have both a centre forward and two wingers? Now there is. This time Paqueta fills the role of Fred, dropping deeper to play from central midfield. With him to the right of Casemiro and Neymar to the left, there is room for a front three ahead of them. It means that Paqueta has to put in a defensive shift, but so does everyone. As soon as they lose possession, Brazil press collectively to win it back.

Ghana found it hard to work up any rhythm, and the few times they managed to beat the press, the imperious Marquinhos was on hand to use his pace and awareness to snuff out the danger. Brazil were on their way to the 3-0 win — and could have been more — at the end of a first half that, against respectable opponents, was almost absurdly one-sided. Brazil’s collection of attacking talent passed holes in Ghana’s 4-1-4-1 formation, and front-loading the team did not leave the team looking vulnerable.

This new formation will not work for all situations against all opponents. But it is an option that Brazil have added to their repertoire — one that will surely send a shiver down their World Cup rivals.

Is this Messi’s best Argentina side?

On its own, Argentina’s 3-0 win over this Honduras side hardly qualifies anyone for greatness. But 34 games unbeaten tells its own story. And what was striking was the utterly predictable nature of the Argentine triumph in Miami.

Honduras brought back memories of an outclassed boxer coming up against Muhammad Ali in his prime. They never came close to laying a glove on Argentina, while all night their heads were being snapped back as, patiently and with purpose, Argentina jabbed away, pulling them out of position and setting them up for the big punch. Some might recall the 2006 side, eliminated on penalties by Germany in the quarterfinal, while a teenage Lionel Messi sat on the substitutes bench, unable to do anything about it.

That team revolved around playmaker Juan Román Riquelme. The focus of this team is a little higher up the field. With that midfield trio — Leandro Paredes playing the first pass forward with quality, Rodrigo De Paul adding drive and changes of rhythm and Giovani Lo Celso stroking the ball around with rare precision — Messi is brought into the game closer to the opposing goal, in a zone of the field from where he can do something to unlock the opposing defence.

Since taking over as Uruguay coach at the end of last year, Diego Alonso had only known victory, plus a goalless draw against the United States in a June friendly when he fielded a reserve side. He has now tasted defeat after his side lost 1-0 to Iran in Vienna on Friday. As he said after the game, there are no grounds for despair but he does have food for thought.

Against an opponent who dropped back deep and looked for the counterattack, Uruguay defended well enough with a couple of centre-backs who were making their debuts — an injury crisis in the position that got worse when Ronald Araujo limped off in the opening minute. There were clear advantages in fielding a pair of full-backs who could push forward — it allowed the wide men in the 4-3-3 system to get into the penalty area. This was especially important for Darwin Nunez, whose lack of an effective left foot was a problem when he was out on that flank. Nunez is surely more of a threat as a centre forward, and if there is only space for one in the team the Alonso could have a big decision to take.

Luis Suarez looked well short of his best and missed some of the team’s clearest chances. Uruguay ended up playing 4-4-2 with both Nunez and Suarez — a switch which, at the other end, may have cost them the game (Edinson Cavani is not with the squad as he settles in with new side Valencia). Uruguay played most of the match with a trio in the centre of midfield, Matias Vecino holding while Rodrigo Bentancur and Federico Valverde looked for space between the Iranian lines.

For the last 20 minutes, Vecino was sacrificed as Alonso changed his system — and the only goal of the game soon followed, the move originating in the space that Vecino was no longer protecting. Uruguay are surely at their best with three in the middle, which does not make it easy for Alonso to squeeze in all of his attacking talent.

Where will Ecuador’s goals come from in Qatar?

Coaches are always pleased with clean sheets, so after three games without conceding in June, Ecuador boss Gustavo Alfaro could take some comfort from a 0-0 draw with Saudi Arabia in the Spanish town of Murcia. But the lack of goals at the other end was a disappointment to the region’s sizeable Ecuadorian community and a cause for concern for the coach. True, his team have now gone four games without conceding — although Japan on Tuesday promise to provide a stiffer test.

But in these four matches, Ecuador have only found the back of the net twice. There were times in qualification when Ecuador were a free scoring side, but the goals have dried up. Alfaro could perhaps take some comfort from the way that his men created chances in different ways against the Saudis — thrusts of Gonzalo Plata from the right, crosses of Pervis Estupinan from the left, through aggressive pressing in midfield, from set pieces played into the box or long balls over the top of the defence.

But the team lacks a cutting edge. Ecuador ‘s all-time top scorer is the veteran Enner Valencia. He is probably happier cutting in from the left than operating through the middle, as he did in this game. And his goals tend to come in spurts. Alfaro has had a look at options in the centre forward position, but probably can do no better than the rangy Michael Estrada, the side’s top scorer in qualification, who came off the bench against the Saudis but is surely the favourite to lead the line in Qatar. All but one of his six goals came in the first half of the qualifiers, and Ecuador need him to rediscover his best form.

Suarez refuses to apologise to Ghana for handball incident

Dec 2, 2022 ayman022 Comments Off on Suarez refuses to apologise to Ghana for handball incident 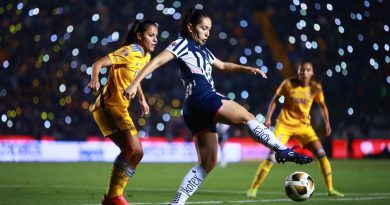