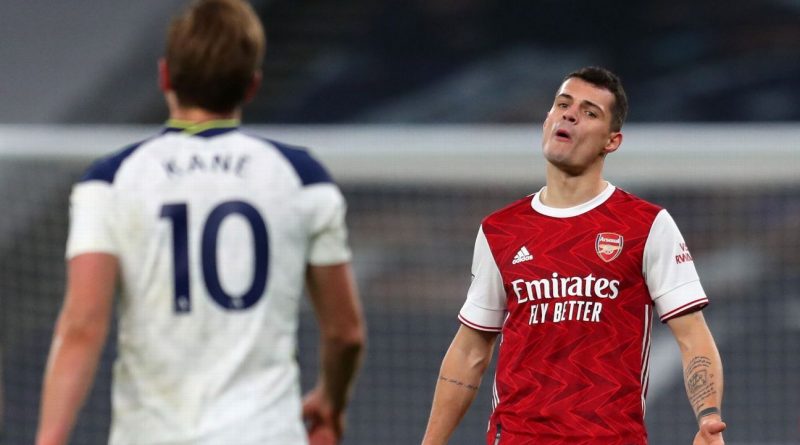 There are two teams clear at the top of the all-time Premier League standings for errors leading to goals: Arsenal and Tottenham Hotspur. Official league figures dating back to the mid-2000s have Spurs at 120 mistakes punished in this way, with the Gunners close behind on 118. The next best (or rather worst) are Liverpool on 102.

This is only partly explained by their longevity as mainstays in England’s top flight. More significantly, it strikes at the heart of a character flaw that both north London clubs are trying to eradicate.

“Spursy” is a jibe that has been thrown at Tottenham for years, pointing to the team’s habit of imploding with victory in sight. There is no equivalent pithy put-down in common use for the Gunners — “Peak Arsenal” is about the best social media has come up with during the years in which they have accumulated quite the blooper reel of their own.

Just this week, Arsenal manager Mikel Arteta was asked how he’s attempting to reduce the number of individual errors that have undermined progress during his 15 months in charge. On Saturday, March 6, the Gunners were leading Burnley 1-0 and dominating when Granit Xhaka collected the ball from goalkeeper Bernd Leno and played a sideways pass in his own box, which ricocheted off striker Chris Wood and went in. The Gunners failed to recover, drawing 1-1: more points lost in a seemingly lost season.

“It’s very difficult because a lot is expected in the situation of a football match, but then emotionally we have to be much more calm and much more secure,” Arteta said after that Burnley defeat. “We have to manage the games much better in certain situations, and that comes with maturity and that comes from learning.

“The positive thing is that I think it’s in our control — it’s not something that the opponents are doing and we can’t control it. I think it’s easier to fix, but we have to fix it very quickly because if not, you’re close to losing points all the time.”

Thursday’s Europa League round-of-16, first-leg game against Olympiakos in Greece threatened to be another classic of the genre, when a poor pass by Leno again put a teammate in trouble. Dani Ceballos was caught in possession in his own half and Youssef El-Arabi made it 1-1. Two late goals from Gabriel and Mohamed Elneny soon consigned Ceballos’ mistake to history.

For his part, Arteta remains committed to playing out from the back. “They are not far off,” he said after Thursday’s 3-1 win. “The goals that we have conceded, or the chances that we have conceded, they are coming from ourselves. That’s really positive because the moment we stop it, obviously we are going to be even stronger. But the reality is we have to stop it immediately because if not, the games are all [chances] to drop points.”

Since Xhaka arrived in a £34 million deal from Borussia Monchengladbach in the summer of 2016, no Premier League outfield player has made more mistakes leading to goals (8). Yet this is not an isolated issue. Since 2017, Arsenal have led the way in a multitude of self-defeating statistics: most errors leading to goals (35), most penalties conceded (23) and most red cards (14, nine of which have come under Arteta).

Spurs boss Jose Mourinho has readily pointed to his own team’s shortcomings in a similar area. They have dropped 10 points this season, surrendering 1-0 leads on four occasions against Newcastle United (a late penalty, harshly awarded for handball on VAR review), Crystal Palace (mistake from goalkeeper Hugo Lloris), Wolves (86th-minute equaliser from a set piece) and Fulham (Davinson Sanchez beaten too easily for the equaliser after missing a host of chances).

Tottenham also blew a three-goal lead against West Ham early in the campaign, having been ahead 3-0 with eight minutes remaining, and a regular refrain from Mourinho throughout the campaign has been to bemoan his side’s lapses at the back. His default tactical caution in matches often leads to cagey, cat-and-mouse affairs, but after losing their FA Cup fifth-round tie on Feb. 10 at Everton, 5-4 in extra time, Mourinho adapted the analogy.

This is, of course, the fundamental internal fight for any team — how to remain tight at the back but potent up front — but given Arsenal and Tottenham’s respective characteristics, it’s tempting to suggest Sunday’s game will be defined by which team can capitalise best on the other’s errors.

Mourinho’s approach is usually predicated upon minimising mistakes. He is no fan of Diego Torres’ biography, but one of the central philosophical tenets described in that book is so obviously a key component of his methodology: football favours whoever provokes more errors in the opposition.

December’s derby bore this out. Arsenal had 70% of possession, registering a staggering 32 crosses from open play and 11 shots to Spurs’ five, but they were beaten 2-0, conceding two goals on the break in an entirely predictable manner. Mourinho laid the trap and Arteta fell into it. Twice.

Son Heung-Min opened the scoring with a brilliantly executed breakaway. Thomas Partey picked up an injury in the middle of the move for the second goal to exacerbate the situation, but Arsenal were caught with too many players upfield when an attack broke down, leaving four Spurs attackers vs. two defenders and Harry Kane struck to become the most prolific marksman in north London derbies, with 11 goals to his name.

Kane and Son were outperforming their expected goals and assists numbers in freakish fashion back then, but the pair have since regressed to the mean. However, Gareth Bale‘s emergence has reignited Spurs in attacking areas; the Wales international scored twice in Sunday’s 4-1 win over Crystal Palace with the triumvirate of Bale, Kane and Son, much-hyped earlier in the season, finally given license to play together. Dele Alli‘s reintegration offers further dynamism, too.

Spurs achieved some of their most notable results this season when proving clinical in front of goal, for example defeating Manchester City 2-0 in November with four shots. In that December victory over Arsenal, they only had three shots on target, and they have plenty in common with their rivals in that regard. Arteta won the FA Cup last season by scoring twice from four shots in the entire semifinal against Man City, before scoring twice from three shots on target in the final against Chelsea.

Arsenal’s midseason slump was as much a product of Pierre-Emerick Aubameyang‘s dry spell as it was vulnerability at the back. In searching for defensive solidity, the Gunners have often appeared too rigid, but the introduction of January loan signing Martin Odegaard, from Real Madrid, alongside emerging youngsters Bukayo Saka and Emile Smith Rowe has created a better balance from which Aubameyang has undoubtedly benefitted. After a barren run of one league goal in two and a half months, the 31-year-old has nine goals from his last 11 matches across all competitions.

His form should be as ominous for Spurs as Bale, Kane and Son’s is for Arsenal, all of which places the emphasis back on minimising defensive mistakes. It is, at least, a familiar aim for both. 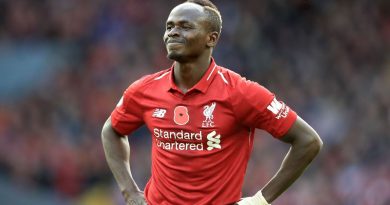 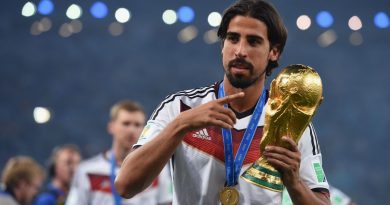 Ronaldo as a teammate, Juve’s rebuild, winning the World Cup

Mar 2, 2022 ayman022 Comments Off on Ronaldo as a teammate, Juve’s rebuild, winning the World Cup 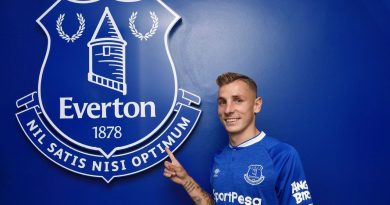