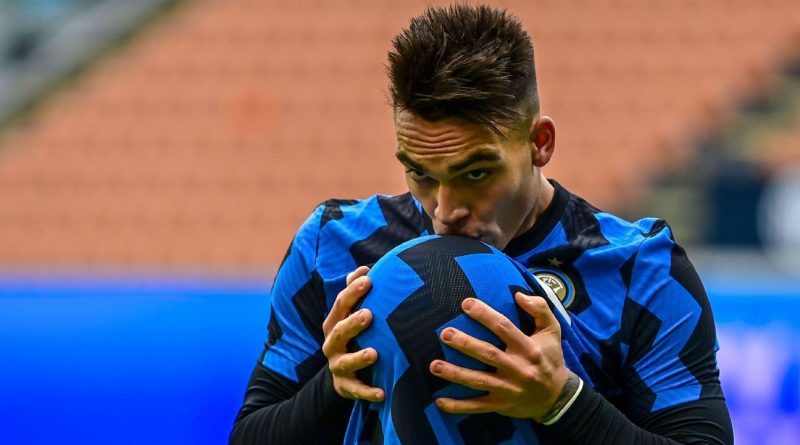 Arsenal are rebuilding their squad after missing out on Europe for this coming season, and could now step up their interest in Inter Milan forward Lautaro Martinez.

The Gunners signed defender Ben White from Brighton & Hove Albion in a deal reportedly worth £50 million on Friday, with left-back Nuno Tavares and midfielder Albert Sambi Lokonga having joined earlier in the summer window.

Sky Sport Italia is reporting that Inter are struggling to agree a new contract with Lautaro, whose contract has two years left to run. If they can’t extend his deal, then a transfer hasn’t been ruled out to realise his full transfer value.

Inter’s financial difficulties mean they cannot afford the Argentina international to leave next year in a cut-priced deal, so could be willing to negotiate with Arsenal before the window close on Aug. 31.

The report states that Arsenal are, so far, the only club to contact Inter to confirm their interest in the 23-year-old.

12.36 BST: Gerard Pique says he’s “waiting” for Lionel Messi to sign his new contract with Barcelona as LaLiga president Javier Tebas reiterated there will be no exceptions to the rules for the forward.

ESPN reported earlier this month that Barca and Messi have reached an agreement over a new five-year deal. The contract has not been signed yet but ESPN sources are hopeful it will be finalised in the coming days with Messi potentially due back for preseason training next week.

“We’re waiting for him to sign the renewal and to be able to have him with us,” Pique said at the Champions Gala on Friday. “I hope he’s convinced [by Barca’s offer].”

Barca have not yet been able to announce Messi’s deal because they first need to reduce their wage bill to comply with LaLiga’s spending limits. Until they manage that, they will not be able to register the new terms with the league.

“It all depends on Barca,” LaLiga chief Tebas said Friday when asked for an update on the Messi situation. “They know the economic controls and there are no exceptions. There’s no plan to modify anything.

“Barca tell me they’re hopeful of moving on some [players] and reducing the salary of others, but they’ve not said anything about changing the rules for Messi to stay. I believe [president Joan] Laporta, who has direct information, and if he says things are going well, I believe him.”

11.50 BST: Manchester City are hoping to complete a move for Jack Grealish in the coming weeks, which means Bernardo Silva may seek a move away from club, according to the Daily Mail.

The 26-year-old Silva has been at the Etihad side since 2017, joining from AS Monaco for £45 million. Atletico Madrid and Barcelona are both said to be interested in the versatile midfielder, should he desire to leave England.

Sources have told ESPN that City have made a £100m move for Aston Villa star Grealish. City also still have an interest Tottenham Hotspur star Harry Kane, but would be required to move on one or two first-team players to raise funds for both deals. And it is reported Silva could be one of those to move on.

11.04 BST: Sky Sports News reports that Paul Pogba has not ruled out staying at Manchester United beyond this coming season, but is unlikely to sign a contract extension in this transfer window.

Pogba, 28, has endured a fractious time at Old Trafford since returning to the club from Juventus in 2016, regularly linked with a move away. The next decision may be the biggest of his career, as any new deal with United would tie him to the club into his thirties.

The France international has regularly been linked with a return to Juve, along with Paris Saint-Germain and Real Madrid.

The report says that Pogba has been encouraged by the summer signings of Jadon Sancho and, to be confirmed soon, Raphael Varane. However, United know that this window represents the last real chance to recoup a decent amount of the £89.3m transfer fee paid five years ago, as from Jan. 1 he will be able to open talks with clubs in Europe over a summer free transfer. So a move to PSG cannot be ruled out.

10.17 BST: Trent Alexander-Arnold has signed a contract extension to stay with Liverpool through the 2024-25 season, and the Daily Mirror reports that six other stars could follow suit in the coming weeks. Fabinho, Sadio Mane, Mohamed Salah and Virgil van Dijk have all moved into the final two years of their deals, so arranging extensions is a priority. Liverpool will also look to offer improved terms to Alisson and Andrew Robertson, even though their contracts don’t expire until 2024.

09.30 BST: Wolves winger Adama Traore has been linked with a move away from Molineux in recent months, and Duncan Castles has told the Transfer Window podcast that Leeds United are the latest club to make their move, with a £30m transfer bid. The 25-year-old, who started his career at Barcelona, made his full debut for Spain against Portugal in October and was in his country’s squad for Euro 2020 this summer.

– Amid the speculation on Grealish, Aston Villa have agreed to personal terms for Leon Bailey, according to Football Insider. The 23-year-old Jamaica international has been linked with a move to Villa Park and has a transfer value around £30m, but Bayer Leverkusen are reportedly holding out for closer to £35m. Bailey had season-best figures for Leverkusen last year, scoring 15 goals and assisting in 11.

– Lyon are close to signing goalkeeper Andre Onana from Ajax, according to AS. The 25-year-old only has a year left on his current deal and is looking for a move away in the next phase of his career. Ajax were reportedly holding out for just over €10m, whilst the Ligue 1 side barely passed €5m initially. However, there has been a breakthrough between the two clubs, with their valuations getting closer to a move that works for both.

– Arsenal are open to allowing Hector Bellerin to leave on loan, despite previous attempts to arrange a permanent move, according to Calciomercato. Inter Milan, who recently moved on right-back Achraf Hakimi to Paris Saint-Germain, are looking for a replacement, with Bellerin linked. The 26-year-old is not the only player of interest to fill that position though, with Nahitan Nandez of Cagliari also on Inter’s radar.

– Arsenal and Ajax are interested in Watford goalkeeper Daniel Bachmann, according to The Sun. The 27-year-old impressed at Euro 2020 for Austria as their first-choice goalkeeper, but Watford are keen to keep hold of him. Arsenal have been on the lookout for a new goalkeeper to challenge Bernd Leno after Mat Ryan‘s short-term loan ended. As for Ajax, they are planning for life without Onana, who only has a year left on his deal.

– Wolfsburg and Eintracht Frankfurt are eyeing a move for Jens Hauge, reports Gazzetta dello Sport. The 21-year-old joined AC Milan in October 2020 but the winger is likely to leave. Milan are hoping to hold out for €12-13m whilst both Bundesliga clubs have offered €7-8m so far. 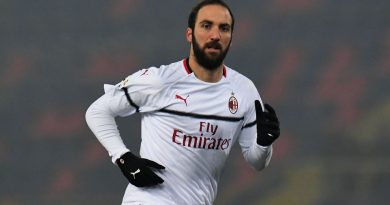 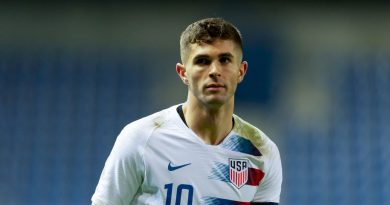 Jan 2, 2019 ayman022 Comments Off on Christian Pulisics move to Chelsea full of both risk and reward for the United States international 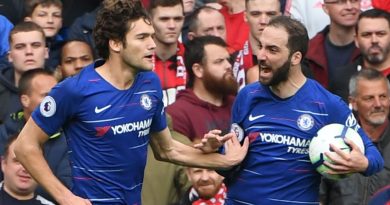 Apr 28, 2019 ayman022 Comments Off on Despite Gonzalo Higuain 2 10 display Chelsea get a point at Man United