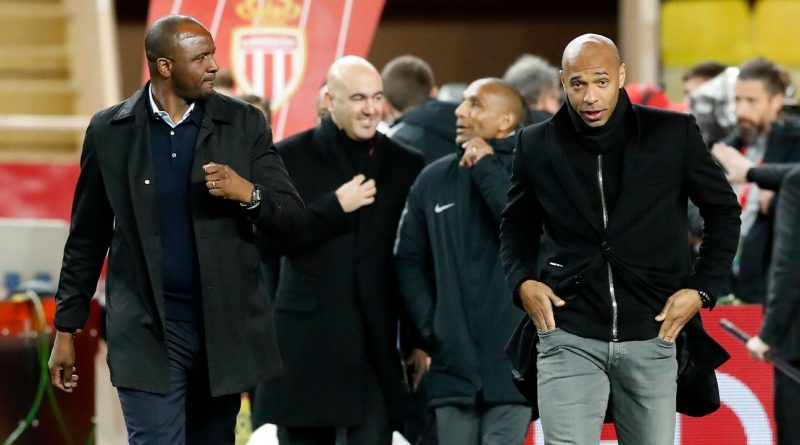 Thierry Henry’s Monaco stretched their winless run in Ligue 1 to four games as they drew 1-1 with Patrick Vieira’s Nice on Wednesday as the two former Arsenal greats did battle in the dugout.

Former France internationals Henry and Vieira played 313 games together at Arsenal, under the Premier League club’s former boss Arsene Wenger, and with Les Bleus, but their former loyalties were put to one side as Monaco chased a first league win since Dec. 4.

The result left Monaco second from bottom with 15 points from 20 games while Nice, who played the second half with 10 men following Ihsan Sacko’s red card, stayed sixth on 30 points.

Olympique Lyonnais edged closer to second-placed Lille as Nabil Fekir’s late strike salvaged a 2-2 draw at Toulouse in one of five rescheduled matches.

The limelight, however, was on 1998 World Cup winners Henry and Vieira.

Henry had to make do without Cesc Fabregas as the Spanish midfielder, who joined the club last week from Chelsea, was not qualified to play when the game was initially scheduled.

Allan Saint Maximin put the visitors ahead with a low shot from inside the box after easing past Jemerson, exposing Monaco’s weak defence.

Benoit Badiashile headed the equaliser home from a Rony Lopes corner as Monaco made their dominance count following the exclusion of Sacko on the stroke of halftime.

Lyon went 2-0 down in Toulouse after a Jimmy Durmaz double but Moussa Dembele pulled one back in the 75th, and substitute Fekir levelled with a perfectly curled free kick in the 87th.

Lyon are third on 34 points, three behind Lille with runaway leaders Paris Saint-Germain on 50 points with two games in hand.

Saint-Etienne are third on 36 points after a Wahbi Khazri double helped them beat a Marseille side who were without a proper striker in their starting 11.

The visitors went ahead, however, when Kevin Strootman headed home in the 16th minute, only for Khazri to equalise with a 58th-minute penalty and then give St Etienne all three points with a fierce shot into the top corner one minute from fulltime. 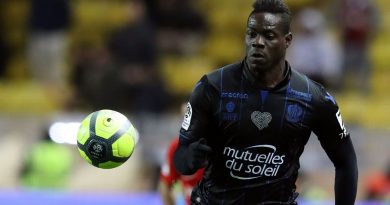 Mario Balotelli must be allowed to leave Nice – Patrick Vieira

Aug 13, 2018 ayman022 Comments Off on Mario Balotelli must be allowed to leave Nice – Patrick Vieira 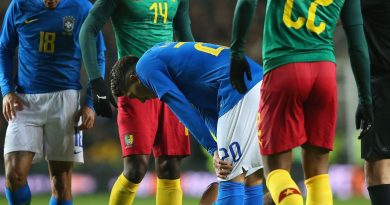