Atletico Madrid released a statement Tuesday condemning the racist chanting aimed at Vinicius Junior before the Madrid derby, saying they will ban club members who are identified as having been involved.

A group of Atletico fans were filmed singing racial slurs before Sunday’s derby at the Metropolitano stadium, which Real Madrid went on to win 2-1, while local media also reported that slurs and chants of “Vinicius, die” were heard throughout the game.

LaLiga has said it will be filing an official report on what happened with Spain’s Anti-violence Commission and the Spanish football federation (RFEF)’s disciplinary committee.

“Atletico Madrid emphatically condemns the unacceptable chants that a minority of fans made outside the stadium before the derby was played,” the club said in its statement. “Our club has always been characterized by being an open and inclusive space for fans of different nationalities, cultures, races and social classes and a few cannot tarnish the image of thousands and thousands of Atletico fans who support their team with passion and respect.

“These chants cause us huge disgust and indignation and we will not allow any individual to hide behind our colours to utter racist or xenophobic insults. At Atletico Madrid we have zero tolerance for racism.

“For that reason we have contacted the authorities to offer them our collaboration in the investigation of the events that occurred outside the stadium and demand the identification of the people who participated, in order to proceed with the immediate expulsion of those who are members of the club.”

The focus had been on Vinicius in the buildup to the derby, after a guest on Spanish TV show “El Chiringuito” said the player should “stop monkeying around” by dancing to celebrate scoring goals.

Both Vinicius and Real Madrid then issued statements condemning racist abuse he has suffered after a number of leading figures in Brazilian football — including Neymar and Pele — spoke out in his support.

“We also want to invite all professionals related to the world of football to reflect,” Atletico said Tuesday. “We believe that what happened in the days leading up to the derby was unacceptable. Fans are asked to show good sense and rationality and, nonetheless, professionals from different fields generated an artificial campaign during the week, lighting the fuse of controversy without measuring the impact of their actions.”

The club added: “The pain that the red-and-white family feels due to what happened is enormous. We cannot allow anyone to associate our fans with this type of behaviour and question our values because of a minority who do not represent us. We will not stop until we expel them from the red-and-white family, because they cannot be part of it.”

No one has said no to club since I arrived 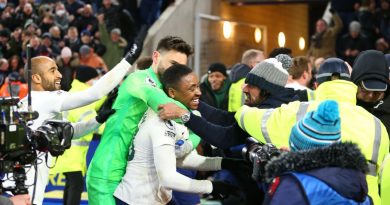 Jan 20, 2022 ayman022 Comments Off on Tottenham’s Steven Bergwijn on scoring dramatic double: ‘Fantastic’ and a ‘dream’ 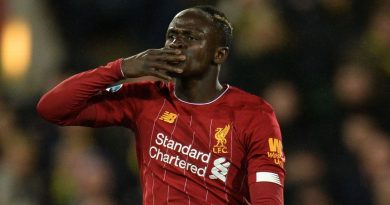