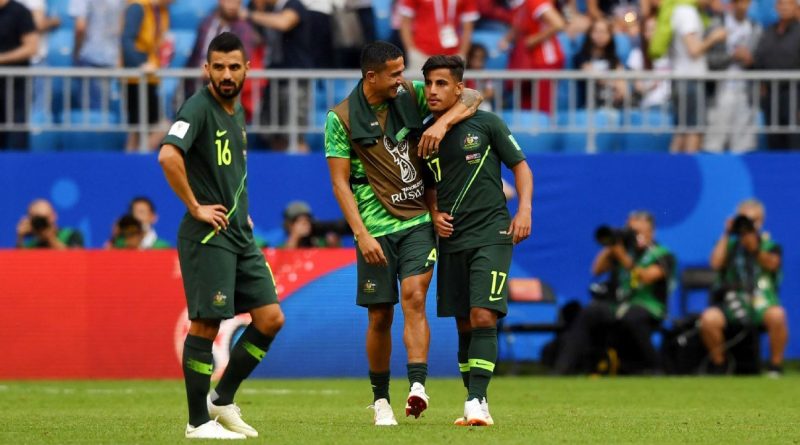 With no wins to their name and only a solitary point to show for their toil, the 2018 World Cup certainly didn’t go the way Australia wanted it to. Moreover, Socceroos fans will be sick of hearing the phrase “gallant in defeat.”

However, the tournament certainly wasn’t all bad for Bert van Marwijk’s men, particularly with 19-year-old Daniel Arzani having a chance to shine on the world stage for the first time.

We rated each player on their performances across all three matches:

GK Mat Ryan, B — Beaten by some outstanding and lucky strikes, Ryan was not to blame for conceding any of the goals Australia allowed, while his ability to help the team by playing out from the back was a joy to watch.

DF Aziz Behich, B+ — The 27-year-old claimed the left-back spot for the foreseeable future with his energetic performances. His positioning in defence was excellent and he was a willing body in attack.

DF Mark Milligan, C+ — Not the way the veteran wanted to go out. His defending and passing was timid at times, likely because his favoured position is in midfield. But he played admirably despite having to spend time exclusively in defence.

DF Trent Sainsbury, B+ — The matches against France and Denmark highlighted why Sainsbury will be captain under incoming coach Graham Arnold in the not-too-distant future. Though he was caught out a little against Peru, his reputation certainly increased as a result of this tournament. A move to a bigger club than Jiangsu Suning surely beckons.

DF Josh Risdon, B- — Looked particularly nervous when faced with the might of France, but Risdon slowly grew into the tournament and was clearly one of Australia’s most improved players.

MF Aaron Mooy, B — Showing glimpses of quality on both sides of the ball, the Huddersfield man would benefit from elevating his game at a bigger club. That move could well come soon, with rumours of a Manchester City buy-back in the cards.

MF Mile Jedinak, B — Slotted home two penalties — Australia’s only goals at the tournament — showing the poise and strength one would hope for from a captain. His passing was a touch wayward at times, but his value to this team was evident.

MF Tom Rogic, B- — Australia’s most frustrating player showed how he can dazzle when given some space against Peru, but it was arguably too little, too late by that point. The Celtic playmaker needs to find a way to make an impact, even when the style of the game isn’t to his liking.

MF Robbie Kruse, B- — The winger came in for some appalling criticism during the tournament as things got personal. That aside, his position in the starting Xi is now in serious doubt with Arzani on the scene.

MF Mathew Leckie, B — Inconsistency ruined his World Cup. After turning in an epic performance against Denmark, the winger lacked any of that dynamism with survival on the line against Peru. His status could also be under threat if Arnold shakes up the formation (unless he is willing to play as a right-back).

FW Andrew Nabbout, B+ — The Urawa Reds striker worked as hard as anybody before being forced off with a dislocated shoulder in the second game. He could be out for up to six months, which would be a huge blow for the player and the national team. One to watch in 2019.

FW Tomi Juric, C — Russia 2018 was, quite simply, not a good time for Juric. After battling back from a knee injury just to make the squad, he never looked comfortable and did little to help the team.

FW Tim Cahill, B — Made only one appearance off the bench, but played with his characteristic swagger, causing the Peruvian defenders to become nervous. Sad to see the legend depart the international stage on a sour note.

MF Jackson Irvine, B- — Worked hard in three cameo appearances off the bench. However, his playing time did not really allow him to have much impact on any match.

MF Daniel Arzani, A- — A new star of Australian football has been born — maybe. The Melbourne City teenager showed so much potential, particularly against Denmark in a stunning second-half display, but now the challenge will be to continue his rise and take a starting position.

Rob Brooks writes about Australian football and the A-League for ESPN FC. Follow him on Twitter: @RobNJBrooks 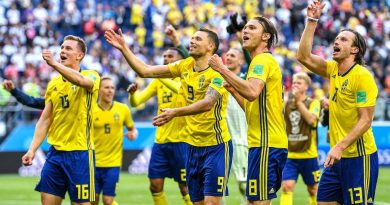 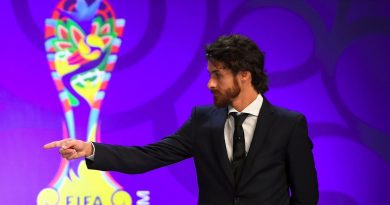 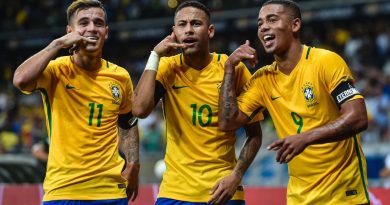