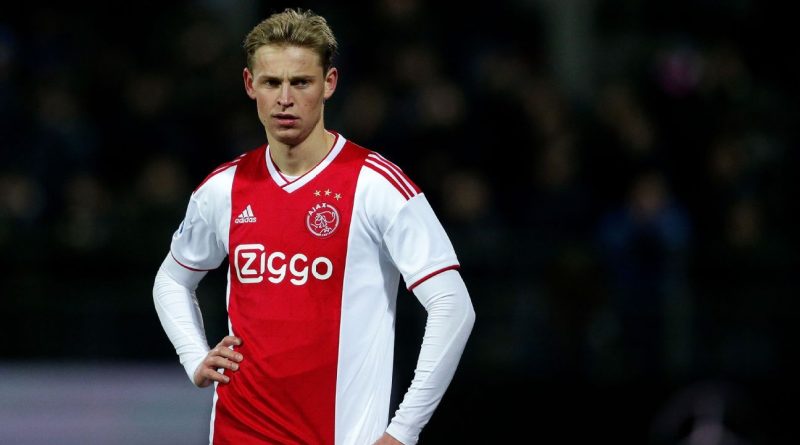 BARCELONA, Spain — A Barcelona delegation was sent to Amsterdam earlier this week in a last-ditch attempt to persuade Ajax midfielder Frenkie de Jong to sign for the club, sources have told ESPN FC.

Reports in the Catalan media claimed president Josep Maria Bartomeu and sporting director Eric Abidal were among the travelling party, but ESPN FC were unable to confirm who was among the delegation.

Barca made the trip to the Netherlands with Paris Saint-Germain growing increasingly confident of landing the in-demand Dutch international.

Manchester City have also made an offer.

The La Liga side returned without a definitive answer from De Jong or his agent, Ali Dursun, but happy that they had done all they could to improve their offer and demonstrate to the player how much they want him.

While PSG are able to offer a higher salary and an instant starting spot in their side, Barca believe that De Jong, who is still just 21, would be much better suited to their style of play.

Sources revealed that Barca expect De Jong to make his mind up within the next seven days — he’s tired of the rumours and the speculation — but they aren’t sure if an official announcement will be made as soon.

If Barca manage to persuade De Jong to sign for them, they would then have to agree a deal with Ajax, too.

The Eredivisie side are thought to want north of €70 million.

Barca coach Valverde talked up De Jong’s potential in a news conference on Saturday but stopped short of confirming the club’s pursuit of the player.

“I am sorry to insist with the same answers but I don’t have many alternatives,” he said ahead of Sunday’s league game against Leganes.

“He’s a great player who surely has a great future. But I don’t talk about players that could possibly interest Barca. Names come out all the time. De Jong plays for another team. We respect that team, Ajax. If we spoke about everything that came out in the press, we would never stop.”

Valverde also denied being annoyed by his lack of options in attack as the search to land a new striker this month goes on.

The sale of Munir El Haddadi to Sevilla — which the coach labelled “the club’s decision” — has left them with no backup for Luis Suarez.

“I’m not frustrated,” Valverde said. “I know the club are working on signing a No.9, but it’s not as easy as it seems. Let’s see if we can get something done or not. If not, we will continue with what we have — and I am happy with what we have.”

Los Angeles FC’s Carlos Vela remains one option. Valverde praised a player “that knows the league well” but, as with De Jong, would not be drawn on the speculation.

Barca, who drew Sevilla in the last eight of the Copa del Rey on Friday, return to league action this weekend when they host Leganes at Camp Nou.

Valverde has no new injury concerns, with Samuel Umtiti and Rafinha still among the long-term absentees, as Barcelona look to gain revenge for the 2-1 defeat they suffered at Butarque earlier in the campaign.

What happens next after controversy for Newcastle and West Ham, Martinelli’s goal, Villa offside

Sep 5, 2022 ayman022 Comments Off on What happens next after controversy for Newcastle and West Ham, Martinelli’s goal, Villa offside 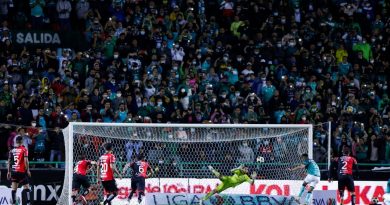