Robert Lewandowski is on a mission to win the Ballon d’Or, with the striker even going public with the admission that he swapped Bayern Munich for Barcelona over the summer in a bid to improve his chances of finally claiming the award.

Lewandowski spent eight highly successful years in Germany and was positioned as favourite to win the Ballon d’Or in 2020 after a peerless run of form saw him score 55 goals in 47 games as Bayern powered to a league, cup and Champions League treble. However, the striker was then cruelly denied his chance by the outbreak of the COVID-19 pandemic, which saw the event cancelled.

The 34-year-old — who did win back-to-back men’s FIFA The Best awards in 2020 and 2021, while also picking up the 2021 Striker of the Year award at the Ballon d’Or ceremony — signed for Barcelona for €45 million this summer and has said that his decision was at least partially influenced by a calculated plot to improve his chances of finally getting his hands on the Ballon d’Or itself.

“I know that Barcelona is the team where the most players have won it. I think the path is shorter from Barca than from Bayern,” the Polish poacher told Marca.

Lewandowski has his eyes on the prize 🏆👀 pic.twitter.com/djFUXsLfeO

Indeed, statistics prove that Barcelona players have won European football’s most prestigious individual award more times than any other club — though of course those numbers are significantly skewed by the fact Lionel Messi won it seven times during his stint at Camp Nou between 2009 and 2021.

However, with 11 goals in his first eight games for Barca already this season, it certainly looks like Lewandowski is serious about chasing down the Ballon d’Or that so cruelly eluded him two years ago.

Given that the Catalans have seen their players claim the award on more than twice the number of occasions that Bayern have since the inaugural ceremony in 1956 (which was won by Sir Stanley Matthews, Blackpool’s only recipient so far), it looks like history is also on his side.

Given that Karim Benzema is odds-on favourite to win this year’s award, Real Madrid’s count is likely to rise to 12 in the near future, but until then they remain on 11.

Luka Modric (2018) is Los Blancos‘ most recent winner though no player has claimed more Ballon d’Ors for the Spanish giants than Cristiano Ronaldo (2013, 2014, 2016, 2017.) Ronaldo has actually won the award five times overall, though the first of his triumphs came in 2008 during his first stint at Manchester United.

Juventus’ most recent Ballon d’Or win came back in 2003 when Czech Republic maestro Pavel Nedved played his way to the trophy, narrowly pipping Thierry Henry of Arsenal in the running.

However, the Bianconeri‘s maiden Ballon d’Or was claimed all the way back in 1961 when the great Omar Sivori took the honours after firing the club to the Scudetto for the third time in four years.

While level-pegging with their Serie A counterparts, Milan only have to go back to 2007 to find their last Ballon d’Or winner in Kaka, who lifted the award three years after teammate and strike partner Andriy Shevchenko (2004) did likewise.

Although it never came to pass due to circumstances beyond anybody’s control, Bayern should have seen their player lift the Ballon d’Or in 2020 — thus disrupting an impervious Barcelona-Real Madrid duopoly that had been running since 2009.

Lewandowski finished second in the vote behind Messi for the 2021 award, which led the Argentine to congratulate his Polish contemporary during his acceptance speech.

“I’d like to mention Robert, it’s been a real honour to compete with him. Everyone knows and we agree that you were the winner last year. I think [award organisers] France Football should award you your 2020 Ballon d’Or, you deserved it,” Messi said from the podium.

Lewandowski wasn’t quite so courteous in the aftermath. “I’m not that enthusiastic about getting the 2020 award,” he told Polish outlet Kanale Sportowym. “I would like it [Messi’s speech] to be a sincere and courteous statement from a great player and not just empty words.”

With Lewandowski missing out in 2020, Bayern have to go all the way back to 1981 to find their most recent Ballon d’Or recipient, with Karl-Heinz Rummenigge collecting the award for a second consecutive year. The German club dominated the scene throughout the decade prior with the legendary Franz Beckenbauer (1972, 1976) and Gerd Muller (1970) completing the set.

Ronaldo is the last Manchester United player to win the Ballon d’Or (2008) or even earn so much as a congratulatory nod in the top three of the voting.

David Beckham (second, 1999) and Eric Cantona (third, 1993) both made it onto the podium in the space of a decade, but United’s previous Ballon d’Or winner was George Best all the way back in 1968. Best was the last of United’s famed “Holy Trinity” to claim the award following Sir Bobby Charlton (1966) and Denis Law (1964.) 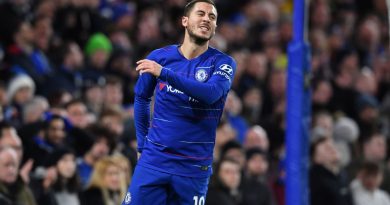 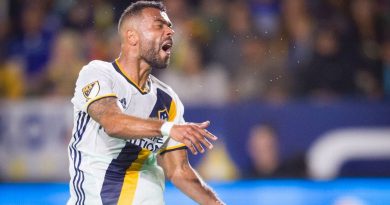 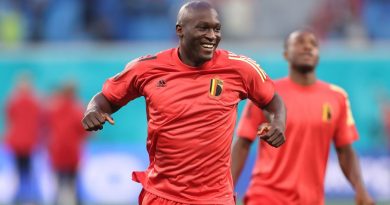