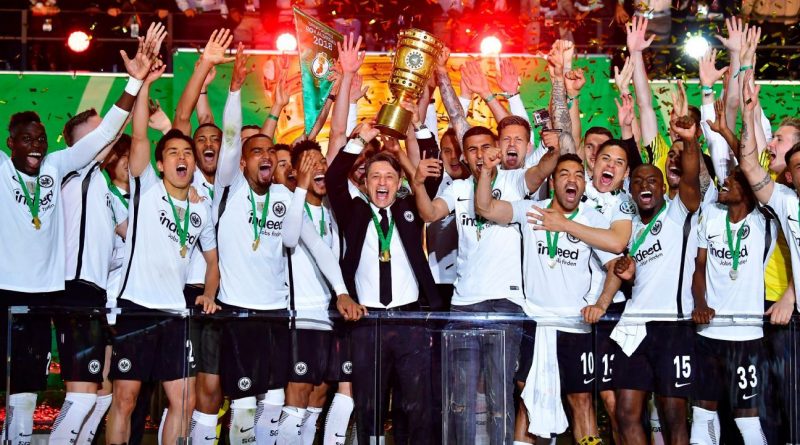 Kovac will take over as Bayern coach from the retiring Jupp Heynckes in the summer, but led Eintracht to their fifth German Cup success, but first since 1988, denying Bayern a 12th domestic double in Heynckes’ final match in charge.

“Football writes the best stories and that’s what make this sport so interesting. I’m really pleased for the club, for the brilliant fans and for my excellent team,” Kovac told German broadcaster ARD.

“This team has always worked so hard for me over the two and a half years I’ve been here. This year we’ve crowned our hard work with success and in the end, I don’t think it was undeserved.

“Obviously, I’m very pleased to have won the trophy, but I’m sad to be leaving too. Of course, it’s clear where I am going to but I’ve had two and a half wonderful years here. We’ve achieved great things. I’m sad to be leaving because I am leaving a team behind with a great character and excellent players. Now I have to leave, but it’s always nicest when you’ve achieved the highpoint of your success.”

Kovac said he apologised to Heynckes after the win and wished the outgoing Bayern boss all the best after the upset victory that was much closer than the final scoreline indicated.

However, Rebic outpaced a sluggish Bayern defence again as Eintracht regained the lead with eight minutes remaining, before substitute Mijat Gacinovic sealed the trophy with the last kick of the game on the counter-attack, tapping into an empty net.

But there was late drama with Kevin-Prince Boateng appearing to foul Javi Martinez in the penalty area in the dying seconds, before Frankfurt ran up the other end to score their third goal with goalkeeper Sven Ulreich still in attack.

Referee Felix Zwayer turned down Bayern’s initial penalty appeals but reviewed the decision after consulting VAR. However, the official remained with his original decision to the incredulity of the Bundesliga champions.

And Kovac admitted that Bayern were deprived a clear opportunity to make it 2-2 in the final minute. “Kevin [Prince Boateng] wanted to clear the ball but he makes contact with [Martinez’s] foot.”

Asked whether it should have been a penalty: “In my opinion, yes, that was a penalty,” said Kovac.

Meanwhile, Bayern coach Heynckes said he hadn’t seen the play, but that all of his players said it was a clear penalty.

Heynckes then reviewed via TV replay and added: “Yes, it was a penalty but we shouldn’t continue with our criticism. We have to analyse our own game, we made a mistake for the opening goal and we didn’t take our chances.

“Of course, we were a little unlucky twice hitting the woodwork, but we didn’t play with enough fluidity nor apply enough pressure like we normally do.”

Heynckes admitted he didn’t know his successor Kovac, but said he had nothing but positive things about him.

“I don’t know him very well but he’s done a very good job in Frankfurt. It will be easier for him to start at Bayern on the back of his cup success,” Heynckes said with a wry smile.

After receiving their runners-up medals, the Bayern team immediately left for the dressing room and didn’t watch Frankfurt pick up the cup. Only substitute Manuel Neuer stayed around for the ceremony.

“Honestly, I have to admit that a lot of us, including me, weren’t thinking about that,” Heynckes said. “In hindsight, we should have done so. I’ll put that right now and congratulate Eintracht Frankfurt on their success and they are a worthy cup winner.” 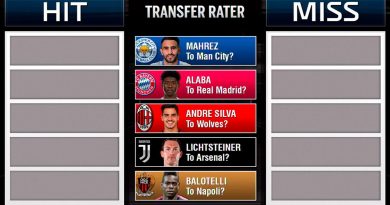 May 29, 2018 ayman022 Comments Off on Transfer Rater: Balotelli, Mahrez, Alaba and more 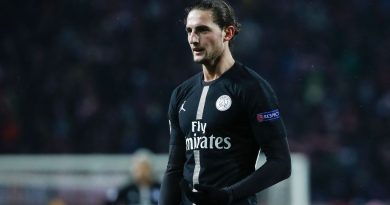