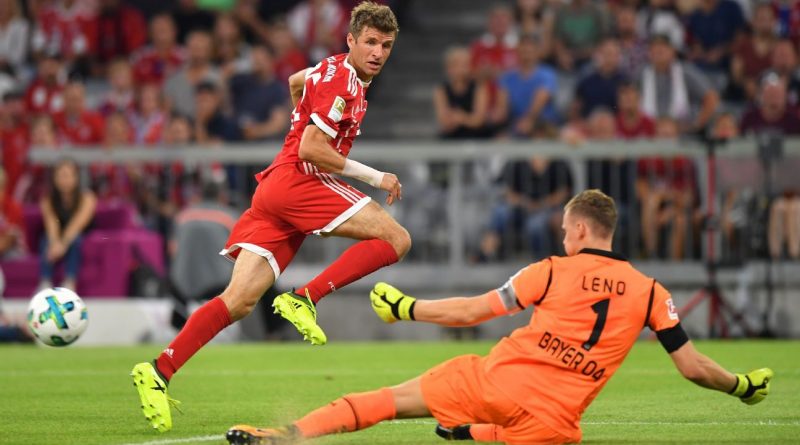 The 26-year-old left Bayer Leverkusen to join the Emirates, where he is expected to battle for the No. 1 jersey with veteran Petr Cech.

But who is Leno, the goalkeeper who missed out on the 2018 World Cup and only has won six caps for Germany? Here are five things you must know:

He came through the Stuttgart academy

Born to immigrants from Belarus in 1992, Leno played for his hometown club SV Germania Bietigheim until the age of 11. Leno then joined local Bundesliga side Stuttgart in 2003 and made a name for himself locally, then for Germany at international level where he was selected for all youth teams. In 2009, he won the under-17 title with Stuttgart by beating a Bayern Munich U17 side featuring David Alaba 3-1 in the final.

After debuting for Stuttgart’s U23 side in the third tier in December 2009, he went on to feature 57 times for the reserves. However, shortly after penning his first professional deal in May 2011, he left Stuttgart for a loan move to Leverkusen, who were looking for a replacement for the injured Rene Adler. Without a single top-flight performance, Leno took the No. 1 spot and was soon signed to a permanent contract for around €8 million.

He took to top-flight football immediately

Leno’s start at Leverkusen could not have been any better. He became only the second ever keeper in the Bundesliga (after MSV Duisburg’s Heribert Machery in 1991) not to concede a goal in his first three matches. He has been No. 1 ever since. Only a month after making his Bundesliga debut, he became the youngster keeper ever to play in a Champions League match when starting against Chelsea at the age of 19 years and 193 days.

He barely misses a match

Leno has only missed four Bundesliga games since August 2011, when he joined Leverkusen. At 26, he leaves the Bundesliga having played in 233 league games, also putting in 41 Champions League performances including four playoff appearances, 10 Europa League matches and another 20 in the DFB Pokal. In the Bundesliga, he has conceded a total of 287 goals (1.23 per match) and has kept a clean sheet in 31.76 percent of all matches.

His stats are a bit weaker in Europe, where he and Leverkusen have been on the wrong side of some high-scoring results time and time again. He has conceded 1.37 goals per match, although he still kept a clean sheet in a third of his matches, and every other Europa League game.

In Bundesliga, he has saved nine of 39 penalties, with six of those saves coming in the 2013-14 season. However, he has been luckless since April 2016, conceding eight consecutive spot kicks.

He has a rivalry with Marc-Andre ter Stegen

Both Leno and Barcelona keeper Ter Stegen were born in 1992, and their careers have been linked from an early age. Leno said back in 2013: “We were already rivals in Germany’s youth teams. It’s not uncommon that you don’t become best mates and hang out at the seaside. But we respect each other on the pitch.”

They have since played down that rivalry, with Ter Stegen calling it “a professional relationship” in the build-up to Euro 2016.

Ter Stegen joined Barcelona in 2014 and has secured his spot as a permanent fixture in their XI. He also secured his place as Manuel Neuer’s backup for Germany. Leno remained in the safety of Bundesliga until now and missed out on the 2018 World Cup (with Kevin Trapp taking the third goalkeeping spot), perhaps because of an below-par performance in the 2017 Confederations Cup against Australia, where, in a 3-2 win, he was responsible for both goals.

Leno, after flirting with a move away from Leverkusen for the past two years, will hope to revive his Germany chances following the World Cup with a move to Premier League.

His calmness is inspired by Iker Casillas

Having shown a weakness in saving long-distance shots, the right-footed keeper is strong on his line. While at Leverkusen his distribution is predominantly via long balls, he has improved his build-up play when with the Germany team.

A solid shot-stopper, Leno has yet to fully adapt to the requirements of modern goalkeeping, meaning more than just defending his goal, but also defending the box and starting plays. He has good reflexes on the line though, agility around his box and good positioning for short-range shots.

Leno’s personality, shaped by his Belarusian parents, is humble and less outgoing than other goalkeepers, but his calmness is also one of his big strengths, especially following mistakes. In the past, he has named former Spain captain Iker Casillas as one of his role models, saying that “he has unbelievably consistency,” and that “he’s calm and no-nonsense, I’m the same. I don’t have to make a show of myself to stand out.” 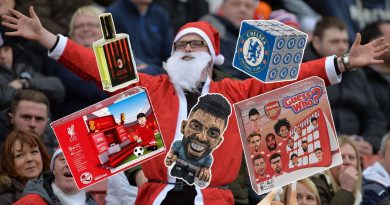 Nov 23, 2018 ayman022 Comments Off on Christmas gift ideas on Black Friday You won’t believe what football clubs are selling 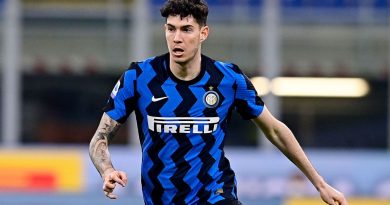 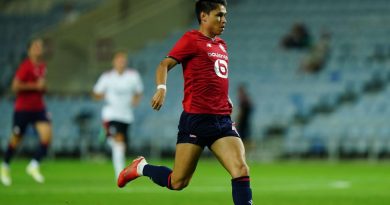 Aug 6, 2021 ayman022 Comments Off on Atlanta announce signing of Luiz Araujo from Lille