Whatever the unrest in the Brazil camp about playing in the Copa America, it has not affected their form in World Cup qualification.

Tuesday’s 2-0 win away to Paraguay made it six wins out of six in the campaign, and showcased a side that appears to be moving in the right direction. For a while the defeat to Belgium in the quarterfinal of the 2018 World Cup hung over coach Tite, even after winning the 2019 Copa America on home ground. Now his team has the best attack (16 goals scored) and the best defence (just 2 conceded) in South America. And they also have a number of interesting variations.

For the match in Paraguay, Tite switched to a 4-4-2, with Roberto Firmino and Neymar up front. Firmino drove the Paraguay defence back, giving Neymar space to pick up the ball and run. The key idea was to use Gabriel Jesus and Richarlison on the flanks — Jesus wide right, outside the opposing back three, and Richarlison cutting in from the left.

The tactic took less than four minutes to bear fruit. Right-back Danilo hit the ball long to Jesus, whose cross was nearly met by Richarlison, and instead collected by Neymar arriving at the far post, controlling neatly and sliding home with calm competence.

Brazil took a long time to kill off the game, but Paraguay hardly threatened. Keeper Ederson, surprisingly chosen ahead of Alisson, made a superb save, flying left to tip over when defender Omar Alderete met a clearance with a blistering long-range shot. There was also a routine save towards the end from substitute right-back Alberto Espinola. And very little else — Paraguay appeared to find it hard to believe that a goal was possible against the tight defensive unit so well marshalled by Marquinhos.

Paraguay did mark better after the break, sending centre-back Junior Alonso higher up the field to close down Neymar. Brazil’s No. 10 had the last laugh, though. In stoppage-time he carved open the defence and passed right for half-time substitute Lucas Paqueta to guide in a left footed shot in off the far post.

Paqueta is an interesting case. He is a versatile figure able to fill almost any role across the midfield or the attack. On Friday, he started against Ecuador in a central attacking midfield role. Failing to click there he was moved wide right, where he probably lacks the pace to be a world beater. And then he dropped deeper to central midfield, filling in when Fred was substituted. This is where his range of passing was most useful. It is a role, though, that requires defensive discipline, and Tite still has his doubts.

So it was fascinating to see him come on for Fred at half-time on Tuesday and operate once more in this role. He spent some 25 minutes there, and did almost play the team into trouble once or twice. Then he moved up front when Firmino was rested, and he finished the match wide on the right, from where he scored his goal — something that will do wonders for the confidence of a player still finding his way in the national team.

There are hopes that he could be the replacement for Renato Augusto, the all-round midfielder who was so influential in Brazil’s golden run in late 2016 and through 2017. Certainly this is the best Brazil have looked since then.

Ale Moreno questions if Argentina’s improved back line will be the catalyst to helping Lionel Messi win a trophy.

And Argentina are looking as good as at any time since the 2016 Copa Centenario, though there are still problems to address and they will be unhappy to have dropped two points in a 2-2 draw away to Colombia.

It looked for a long time as if all three points were in the bag — but mainly because Colombia did their best to self destruct right at the start. With two strapping centre-backs in Yerry Mina and Davinson Sanchez, coach Reinaldo Rueda will have been confident that his side could deal with routine free kicks into the box. But from the first one they faced, they were outjumped by Cristian Romero, who headed home. And with two specialist defensive midfielders, Rueda would have imagined that it would be impossible for Leandro Paredes to walk through the middle and beat the keeper. But all of that happened, and Colombia were two goals down inside eight minutes. After less than half an hour Rueda was making attacking changes, and there were three more at half-time.

Argentina, meanwhile, were looking like a team. With three in central midfield linking up with Lionel Messi, they had an interesting circuit of possession. And, at last, there were signs of a better relationship between Messi and centre-forward Lautaro Martinez. They had chances to kill off the game on the counter-attack. But when the circuit broke down, there were signs of vulnerability.

The quality of the defence is the big question mark against Argentina — as it has been for some time. Tuesday’s draw did little to clear up the doubts — though they were unlucky to lose keeper Emiliano Martinez, forced off after an ugly collision with Mina.

Soon after half-time Nico Otamendi, rattled by a cross from the Colombian left, committed an unnecessary penalty and Luis Muriel pulled one back. Argentina re-enforced the defence, switching to three centre-backs, but still they crumbled. With almost the last action of the game Juan Cuadrado crossed from the right, striker Miguel Borja climbed above Juan Foyth and sent a header through replacement keeper Agustin Marchesin. Argentina remain unbeaten — they have not lost since the semifinal of the 2019 Copa — but they are now a full six points behind Brazil.

They are, though, three points ahead of third-placed Ecuador, who missed a huge opportunity to gain ground with a surprise 2-1 defeat at home to Peru. Ecuador started off with two centre-forwards, and the system never worked. They pressed for much of the game, but were always vulnerable to the thrust and movement of Gianluca Lapadula. Italian-born and brought up but with a Peruvian mother, Lapadula has only recently thrown in his lot with Peru. But he looks to be the best thing to happen to the national team in a while. He set up both goals — one for Christian Cueva and the other for Luis Advincula. The highly promising Gonzalo Plata pulled one back for Ecuador in stoppage time.

Both Peru and Ecuador will probably be relieved that the match between Venezuela and Uruguay ended goalless — the third consecutive game that Uruguay have failed to find the net. And the round was completed with another draw. Chile missed the chance to leapfrog to fourth place after being held 1-1 at home to Bolivia. The only bright spark for Chile was a goal from midfielder Erick Pulgar — the first time in the campaign that someone other than Arturo Vidal or Alexis Sanchez has scored for them. Bolivia secured a point with a late penalty from captain and centre-forward Marcelo Martins Moreno, who is single handedly keeping them in contention for a place in Qatar.

For the moment, though, everyone can dream. There are 12 rounds still to play, and the bottom pair of Venezuela and Peru are only four points off the qualification places. 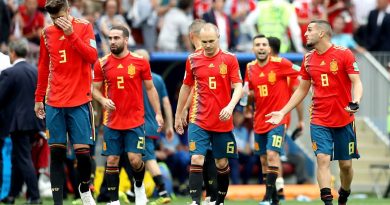 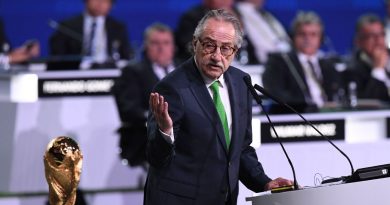 Jul 29, 2018 ayman022 Comments Off on With Mexico targeting unprecedented success at 2026 World Cup Under 21s falter at CAC games