The summer transfer window was unlike any other, see all the major deals and check out how we graded the biggest signings. And just because the window is shut until January, that doesn’t mean the rumours won’t keep coming. Here’s the latest gossip and speculation.

TOP STORY: Juve could be pushed to part with Chiesa

Juventus could part ways with Federico Chiesa if they fail to qualify for next season’s Champions League, according to Calciomercato.

The Serie A club received a number of enquiries for the services of the 24-year-old winger throughout the summer, with Chelsea one of the clubs keen on acquiring his services. But after a poor start to the season that sees Juve seven points behind the top four after 15 games, the Italy international could be allowed to leave for a fee in the region of €100 million next summer.

Juve have an obligation to sign the Italy international for €40m after his two-year loan finishes from Fiorentina in 2022. But that won’t stop them from actioning it early and letting him go for a profit if an offer arrives.

Chiesa was a standout performer at Euro 2020, but he is enduring some mixed form as he continues to adapt to Massimiliano Allegri’s tactics, with three goals in 17 appearances. And with a number of clubs already monitoring the situation in Turin, interest will soon begin to resurface if Juventus find themselves out of the Champions League spots at the end of the season.

Perisic, 32, has a contract which is due to expire in June 2022 and is in talks over an extension. However, former Inter boss Antonio Conte is reportedly keen to bring the Croatia international to the Premier League with his new club.

11.46 GMT: Barcelona CEO Ferran Reverter says the club will be able to make signings in January as they eye attacking reinforcements for Xavi Hernandez‘s side.

Reverter was in England last week, along with director of football Mateu Alemany, with sources confirming to ESPN they met with Manchester City to discuss a move for Spain international Ferran Torres.

“We’re always open to different operations on the transfer market, in terms of ins and outs,” Reverter said in a news conference on Wednesday when asked about his Manchester trip. “When the window opens [in January], Barcelona will be there, but I can’t say much more than that.”

As well as Torres, sources have also told ESPN that Barca have sounded out City forward Raheem Sterling, and Chelsea duo Timo Werner and Hakim Ziyech, as they target players not playing regularly for their clubs.

Barca’s financial situation hamstrung the club last summer, when they were forced to target free transfers, but Reverter insists the Blaugrana are now in a position to make signings.

“We can sign [players] in January and in the summer, but we have to be very careful about how we do it,” he added. “But [there is] no doubt that Barcelona will be able to sign in January, although everyone knows it is a very difficult window to work in.”

11.15 GMT: Arsenal manager Mikel Arteta has played down the prospect of spending significant sums in the January transfer window.

The club currently have five players about to enter the final six months of their existing contracts, the most high-profile of which is striker Alexandre Lacazette, who hinted at an exit when speaking to French outlet Telefoot last month by claiming “my agents are now looking left and right a bit, but not before Janaury.”

Arteta alluded to the complexity of this and other situations — Eddie Nketiah is also out of contract next summer and was close to a move to Crystal Palace in the summer — when asked whether supporters could expect a major outlay on new players in January.

“We are in discussions, we have talks every week about it: how we can improve the team, what things can happen in the January transfer window can affect our squad,” said Arteta on Wednesday morning. “As you know, we have certain players with a little bit of uncertainty in the summer so we have to plan what is going to happen now and what is going to happen in the summer. A lot had to be done as well.

“We know and we don’t expect big things happening but we are going to be very alert in the market to see if we can improve the team. And as well, we have to be prepared because things can happen, injuries arise in this period and you have to be prepared.”

Calum Chambers, Mohamed Elneny and Sead Kolasinac are the other three players on deals which expire at the end a season which Arteta hopes will end in Champions League qualification for Arsenal.

Gio Reyna is enthusiastically welcomed back to training by his Dortmund teammates after three months out with injury.

09.50 GMT: The Daily Telegraph says that former Manchester City boss Roberto Mancini is a candidate to take the full-time job at Manchester United manager next summer.

Mancini, who won Euro 2020 with Italy this summer, has a tough job to navigate at the World Cup playoffs in March in order to secure a place in Qatar in November. Italy face North Macedonia but then could meet either Portugal or Turkey in the final.

If Italy fail to qualify for the World Cup, that could open the door for a club job and the 57-year-old is reported to be interested in returning to the Premier League.

United have made former RB Leipzig coach Ralf Rangnick interim manager until the end of the season after Ole Gunnar Solskjaer‘s sacking, but could add him to their shortlist.

09.12 GMT: Pep Guardiola has told Jack Grealish that the start to his Manchester City career has been “better than maybe he believes.”

Grealish has admitted he has found life at the Etihad Stadium “difficult” after leaving Aston Villa to become English football’s first £100m player in the summer. He returns to Villa Park for the first time with City on Wednesday and ahead of the game, Guardiola has assured the 26-year-old he has been happy with his form since his arrival.

“My opinion is he’s played much better than maybe he believes,” Guardiola told a news conference on Tuesday. “Maybe at Villa, everything started with him and he was free, you know, now he’s in a new position and maybe has not been so determined or so clinical in the final third.

“Maybe because he respects his mates, maybe because it’s a new environment, and that’s normal, it’s a process. He needs time. All the players who come here, for the first season, always struggle. But what he sees and what he has to do, is so easy for him with the quality he has. Just be free here and be who you are, that’s all, no more. I don’t say to the players what they have to do — they play.”

England international Phillips, who has been linked with interest from Liverpool and Manchester United, was substituted at half-time during Saturday’s 0-0 draw at Brighton, which he started at centre-back.

“I saw a lot of things on social media and TV that me and the manager had fallen out, it’s never been the case and I wanted to put that to bed.”

08.00 GMT: Ralf Rangnick could be forced to wait until mid-December to officially start his role as Manchester United’s interim manager due to a delay in securing a work visa, sources have told ESPN’s Mark Ogden.

The former Schalke, Hoffenheim and RB Leipzig coach, who has resigned from his position as sporting director at Lokomotiv Moscow to move to United, arrived in England on Tuesday and must now isolate until receiving a negative result following COVID-19 PCR test.

But United have confirmed that Rangnick will have no involvement before or during the club’s Premier League clash with Arsenal on Thursday, with caretaker manager Michael Carrick to select team and tactics for the game.

United announced last Friday that Rangnick will manage the team until the end of this season before assuming the role of senior football advisor at Old Trafford on a two-year contract following the recruitment of a permanent successor to Ole Gunnar Solskjaer, who was dismissed as manager on Nov. 21.

But due to his lack of coaching experience since relinquishing his role as RB Leipzig coach in 2019 — Rangnick became head of sport and development at Red Bull after stepping down as coach — the 63-year-old does not automatically qualify for a United Kingdom work permit to take charge at United.

As a consequence, the German must face a Football Association-appointed independent panel to secure the necessary visa to work in the Premier League, going through the English FA’s Exceptions Panel to gain the Governing Body Exemption required to be granted a work permit following the UK’s exit from the European Union earlier this year.

– Ekrem Konur writes that Real Madrid have no interest in approaches from Manchester United for Vinicius Junior. Despite the Premier League side registering their interest in the 21-year-old winger, Madrid have quickly dismissed the idea, and will not allow the Brazil international to leave in the January window.

– A plethora of teams are fighting for the signature of Renato Sanches, according to Ekrem Konur, who writes that six sides have already joined the queue for the Lille midfielder. Newcastle United were reported to be tracking the 24-year-old, but they are now set to face competition from Liverpool, Manchester City, Barcelona, AC Milan and Wolves.

– Andreas Christensen has been handed a contract ultimatum by Thomas Tuchel, writes the Mirror. The Chelsea manager wants the centr-eback to sign new terms as soon as possible as the club continue to deal with uncertainty over the contract situation of a number of defenders. The 25-year-old has been at Stamford Bridge for nearly a decade, having joined from Brondby back in 2012, but his deal expires in 2022.

– There’s been a lot of talk over the future of Karim Adeyemi in recent months, but The Mirror reports that Manchester United are the latest team to join the race for the in-demand 19-year-old winger. While he plays for FC Salzburg, his agents are reported to have met with the likes of Borussia Dortmund and Paris Saint-Germain, but after Ralf Rangnick’s recent appointment as interim manager at Old Trafford, he can now consider the option of a move to the Premier League.

– The agent of Agustin Alvarez is in Milan this week as he prepares for talks with both AC Milan and Internazionale, according to Nicolo Schira. The 20-year-old midfielder has impressed with his performances for Penarol in the Copa Sudamericana, and that has seen interest from Europe begin to emerge from the Serie A after both Milan sides sent scouts to watch him in recent matches. 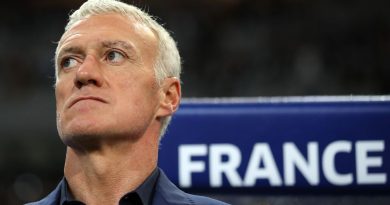 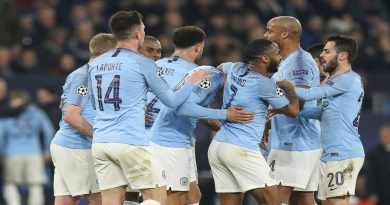 Juventus’ Miralem Pjanic on possible move: ‘A lot of things are not true’

Jul 27, 2018 ayman022 Comments Off on Juventus’ Miralem Pjanic on possible move: ‘A lot of things are not true’