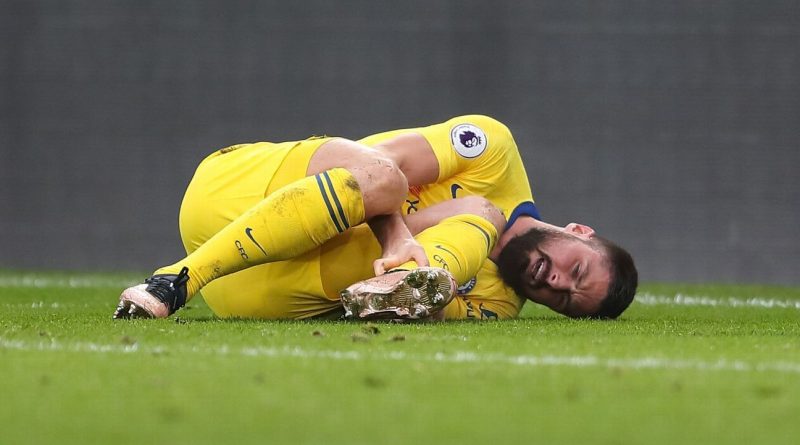 LONDON — Maurizio Sarri insisted that Chelsea do not need to bring in another striker in January even if Olivier Giroud’s ankle injury proves serious.

Giroud was substituted during Sunday’s 1-0 win over Crystal Palace after twisting his ankle in a tackle from James Tomkins and left Selhurst Park on crutches, sparking fears that he had suffered ligament damage.

Any prolonged absence for the Frenchman will increase Sarri’s reliance on Eden Hazard — deployed as a false nine in four of the past five Premier League games — and Alvaro Morata, who has struggled on and off the pitch at Chelsea since arriving at Stamford Bridge in the summer of 2017.

Gonzalo Higuain and Callum Wilson have both been touted as potential January transfer targets for Chelsea, while it has also been suggested that Sarri could recall Michy Batshuayi from an unfulfilling loan at Valencia or bring back Tammy Abraham from Aston Villa to fill the void.

Sarri, however, does not regard another striking option as a priority.

“No, because I have the option with Hazard in this position,” he said. “We have Morata and Hazard can play very well in this position as we have seen in the last matches, so I think at the moment I don’t need another striker.

“Maybe another winger, because now we are in trouble with the injuries of Pedro, of [Callum Hudson-Odoi], [Ruben Loftus-Cheek], so I have options for the striker, but at the moment I have no option for the wingers.”

Loftus-Cheek missed the Palace game with a lingering back problem, while Pedro and Hudson-Odoi have hamstring injuries.

Chelsea’s concerns about Hudson-Odoi go beyond his physical condition, however. Bayern Munich harbour serious interest in the 18-year-old — whose current contract expires in June 2020 and has so far declined to commit to an extension — and have reportedly seen a £20 million offer rejected.

Hudson-Odoi’s reservations about signing a new deal at Chelsea relate to the question of consistent first-team opportunities, and Sarri admitted it is difficult to balance the developmental needs of the club’s talented academy stars with his primary responsibility to keep his team winning.

“It’s not easy, and I think that we are lucky because we have [Ethan] Ampadu, we have [Andreas] Christensen, we have [Hudson-Odoi], so we are lucky. For taking players in the academy, we are really very lucky, or the academy is very good.”

Many supporters are dismayed at the possibility of Chelsea selling Hudson-Odoi, and booed Sarri’s decision to substitute him in a 2-1 win over Watford last month — though it later emerged that the 18-year-old had suffered a hamstring injury shortly before his withdrawal.

“In Europe, there are few players, 18 [year old] players, with eight matches [played] at this level,” Sarri explained. “[Hudson-Odoi] I think in this season played six, seven official matches in Europe, so I think that he has to be lucky. [But] he is not lucky. He is good. 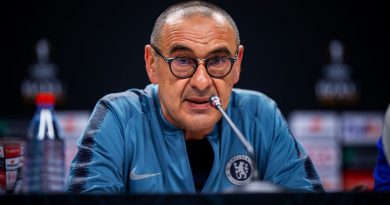 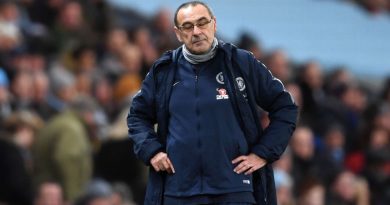 Feb 10, 2019 ayman022 Comments Off on Sarri on Chelsea future after Manchester City meltdown My job is always at risk