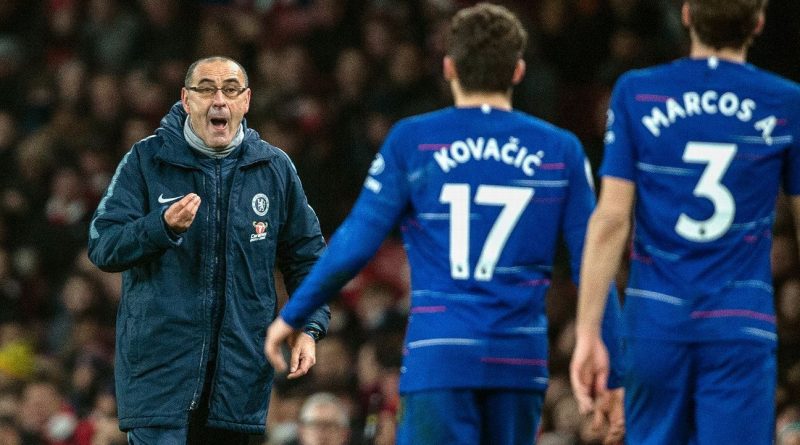 These are troubling times for Maurizio Sarri but the Chelsea manager is not helping himself. When results are bad, it isn’t the time to criticise your own players and suggest that you might not be the man to clear up the mess.

Times may have changed at Stamford Bridge since Roman Abramovich dispensed with managers before they had even completed a full season in charge, but Sarri still needs to be careful to avoid becoming another Chelsea statistic like Luiz Felipe Scolari and Andre Villas-Boas before him.

Progress and silverware are the two key ingredients for any Chelsea manager under Abramovich and it is usually a requirement to deliver both, rather than one or the other.

Chelsea and Sarri have endured a tough January. Yes, they have booked a place in the Carabao Cup final and the fifth round of the FA Cup, but in the Premier League they have been on a slippery slope and now sit outside the Champions League places for the first time this season following the 4-0 hammering at Bournemouth on Wednesday night.

Having turned on his players after the 2-0 defeat at Arsenal on Jan. 19, when Sarri questioned the motivation of his squad, the Italian did so again at Bournemouth, accusing his team of “playing like 11 individuals” before making the bold, or naive, admission that “maybe I am not able to motivate these players.”

When a manager is prepared to go public with his fears that his players are not listening to his message, it is difficult to see a way back. And that is especially the case when results are becoming so bad that Champions League qualification is now a possibility rather than the probability it had seemed in the early months of the campaign.

Chelsea only suffered their first league defeat in late-November. They had gone 18 games unbeaten in all competitions under Sarri until that defeat to Tottenham at Wembley but in the 18 games since, they have lost five times and have failed to score away from Stamford Bridge in any competition in 2019.

Sarri’s supporters will point to several factors in defence of the former Napoli coach.

Due to Chelsea’s inability to make a clean break with Antonio Conte last summer, Sarri was not in place at the beginning of preseason and therefore denied crucial planning and preparation time with his squad.

He has also had to work without a reliable goal scorer since succeeding Conte, with neither Alvaro Morata (now on loan at Atletico Madrid) or Olivier Giroud good enough to be the 20-goal a season striker that Chelsea had grown accustomed to with Didier Drogba and Diego Costa.

And the ongoing uncertainty over Eden Hazard’s future has becoming a distraction that any manager could do without.

But Chelsea backed Sarri when it came to beating City to the signature of Jorginho last summer and they have also delivered Gonzalo Higuain on loan until the end of the season, with the Argentine expected to score the goals that neither Morata nor Giroud ever looked like contributing.

Yet the signings of Jorginho and Higuain actually point to one of Sarri’s biggest problems and weaknesses: his refusal to compromise his philosophy and gameplan. Both players played under Sarri at Napoli and were key men in his 4-3-3 system, so by recruiting them again he is showing little sign of changing an approach that has stopped working in recent weeks and months.

There would appear to be little prospect of Sarri trying something different to kickstart Chelsea’s season, but Scolari and Villas Boas were also too stubborn with their beliefs while managing Chelsea and lost their jobs as a consequence.

The concern for Sarri should be that his record at Stamford Bridge is no better than either Scolari or Villas Boas by the time they were sacked.

Scolari, who coached Brazil to World Cup glory in 2002, also made an impressive start as manager in 2008-09 by winning nine of his first 13 games in charge, but he was sacked by Abramovich in early February 2009 after losing six of his 36 games at the helm — despite the team comfortably sitting in fourth position.

Villas Boas never quite got going during his brief reign as Chelsea manager in 2011-12, but Abramovich persisted with the Portuguese for 40 games before sacking him in March. By that stage, Villas Boas had lost 10 of his 40 games in charge, winning just 19. Chelsea were fifth, three points behind Arsenal, when Villas Boas lost his job.

Abramovich has proven to be more patient with his managers in recent years, with both Jose Mourinho and Antonio Conte given longer than anticipated to turn the situation around before ultimately getting the boot.

But Sarri will not be immune to the high standards set for all of his predecessors and, at the moment, he is not doing enough to suggest he will be given the time to turn it all around. He is not delivering the results, he is blaming the players and Chelsea are struggling to qualify for the Champions League. That is a recipe for only one thing at Chelsea. Sarri needs to learn the lessons of history, and quickly. 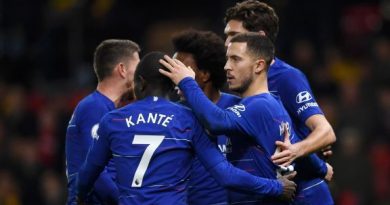 Dec 27, 2018 ayman022 Comments Off on Eden Hazard as vital to Chelsea as Messi is to Barcelona – Maurizio Sarri 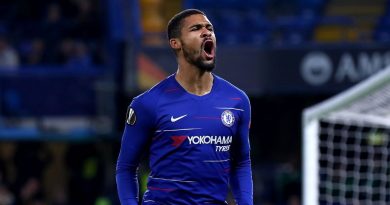 Karim Adeyemi, Antony, Yeremi among U21 stars who could shine in Qatar

Nov 24, 2021 ayman022 Comments Off on Karim Adeyemi, Antony, Yeremi among U21 stars who could shine in Qatar