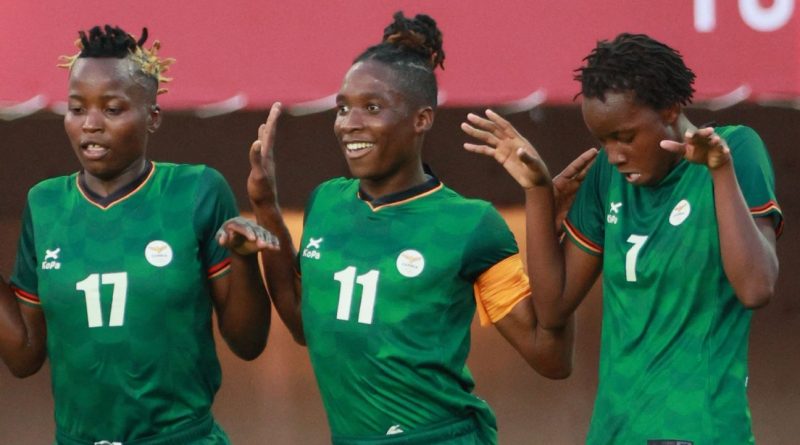 Zambia’s Copper Queens held China 4-4 in an Olympic thriller on Saturday, with China-based Barbra Banda becoming the first player — male or female — to score consecutive hat tricks at the tournament, while Wang Shuang netted all four of the Asian side’s goals.

Africa’s only representatives bounced back from their 10-3 mauling at the hands of European champions Netherlands in their opener on Wednesday — the nation’s biggest footballing defeat — to keep alive their faint hopes of progress from Group F during a rollercoaster contest.

Both they and China are on one point from their opening two matches, while Netherlands and Brazil — both on three points — meet later on Saturday.

Zambia, vibrant yet exposed, are fortunate to be alive in the competition as Shuang was denied a fifth at the death when Copper Queens keeper Hazel Nali — blamed for her errors against the Dutch — made herself big to deny the approaching forward whose effort deflected over the crossbar.

China, who had themselves been thumped 5-0 by Brazil in their Olympic opener, started strongly at the Miyagi Stadium, and took a lead through the irrepressible Shuang in the sixth minute when she finished calmly in the box after being played in by Zhang Xin.

The warning signs had been there for Zambia, who made three changes following Netherlands thrashing, from the opening minute of the contest.

The Africans’ defence was instantly caught out by a Wang Xiaoxue through ball, only for Xin to be flagged for offside.

BIIK Kazygurt forward Rachael Kundananji equalised for the Shepolopolo nine minutes later as she met Esther Siamfuko’s cross to head home with a fine glancing effort, but the Zambia defence that so struggled against the Dutch was again exposed when Wang Shanshan looked to have added another — only for VAR intervene with an offside call.

Zambia’s reprieve was brief, as Shuang restored China’s lead with two in the space of two first-half minutes.

In the 22nd minute, she responded quickest to Wang Shuang’s header to restore the Chinese lead, before a minute later capitalising on a fine pass from the same player to finish calmly beyond Nali and wrap up her hat trick.

Late in first-half stoppage time, Zambia, ranked 104th in the world, launched their second comeback of the day, with Banda — the first female player from her country to play in China — predictably leading the charge.

The 21-year-old had broken several personal records in that 10-3 defeat by Netherlands despite the chaos around her, becoming Zambia’s first scorer at the tournament, the first African to score a hat trick at the competition, and the continent’s highest all-time women’s scorer in Olympic history.

The 2020 Chinese Women’s Super League top scorer was again in sensational form, netting coolly from the spot two minutes from the break when after the influential Kundananji had been brought down in the box.

Early in the second-half, it was 3-3, as captain Banda — who plays her football for Shanghai Shengli — dovetailed superbly with Kundananji once more to fire home a low shot from a counter.

Both teams had conceded a combined 21 goals up to this point in the tournament, and just before the hour mark it appeared as though China might draw next blood when Ochumba Oseke was penalised for a high boot in the box. The referee referred to VAR which ultimately deemed her clearance to have been within the rules, prompting relief from the Zambia contingent.

However, China had little answer to Banda, who gave Zambia the lead — the first time they’ve been ahead all tournament — 21 minutes from time, when she rounded off a magnificent dribble, taking out two China defenders in the process, before finishing beyond Peng Shimeng, who had denied her previously on several occasions.

Shuang’s duel with Banda wasn’t over, however, and she too added another in the 84th minute from the penalty spot after Lushomo Mweemba was deemed to have handled the ball in the Zambia box following an agonising VAR check.

Li Quintong was sent off moments later for chopping down Banda, who gave the China defence a torrid time all contest, and there was to be a final twist in the tail, when Nali’s heroic last-minute stop denied Shuang a fifth.

Zambia have already broken the record for goals scored by an African team in a single Olympic competition, although the draw leaves both teams with much to do to advance to the quarterfinals; China face Netherlands in Yokohama and Zambia face Brazil in Saitama in their final matches on Tuesday. 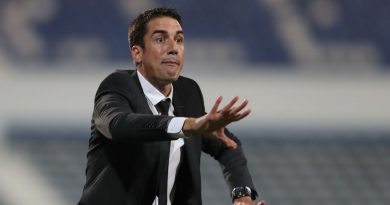 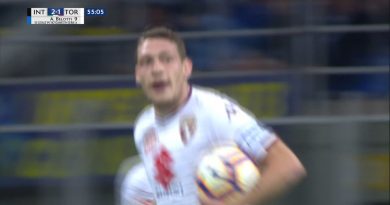 Belotti gets one back for Torino 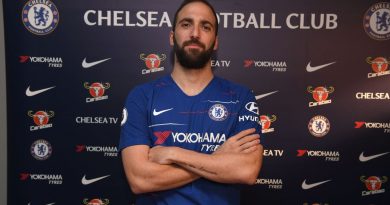