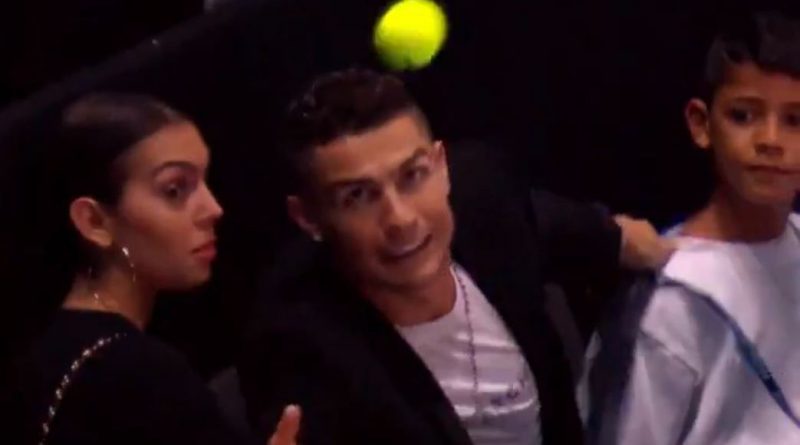 With club football on the back-burner for a week or two, Cristiano Ronaldo ventured to London to watch a little tennis for the ATP Tour finals at the O2 Arena.

With the family in tow, Ronaldo had prime seats to watch Novak Djokovic take on John Isner — the former ultimately trouncing the latter in straight sets to keep his quest for a record-equalling sixth Finals title on track.

Things didn’t go quite as smoothly for the Juventus star, who at one point attempted to catch an errant ball only to miss is completely and send the ricochet bobbling over partner Georgina Rodriguez’s head.

Oops. The technique looked a little clumsy there. Obviously Ronaldo is far more skilled with his feet than he is with his hands.

The Portugal captain — who has been excused from international duty for the rest of the year — did get his hands on another stray ball during the event but, as that was not captured on film or had any element of embarrassment, no one was quite as fussed.

Djokovic, who is currently No.1 in the world rankings, is in resurgent form since undergoing surgery on his elbow last year, winning 32 of the 34 matches he’s played since Wimbledon began back in early July. 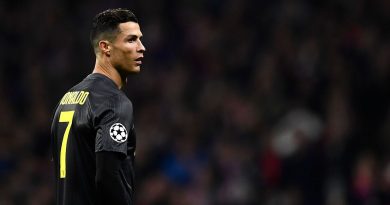 Mar 29, 2019 ayman022 Comments Off on Juventus’ Ronaldo a doubt to face Ajax in Champions League – Allegri 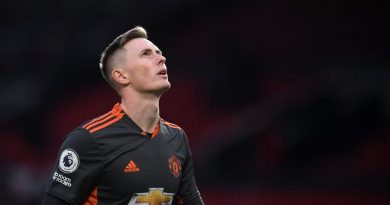 Jun 16, 2022 ayman022 Comments Off on Man United in talks to loan Dean Henderson to Nottingham Forest 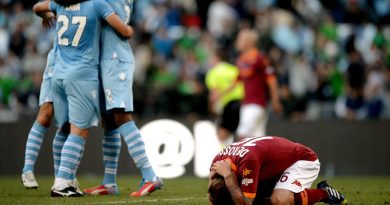 Sep 29, 2018 ayman022 Comments Off on In the Italian capital Roma and Lazio are defined solely by the derby