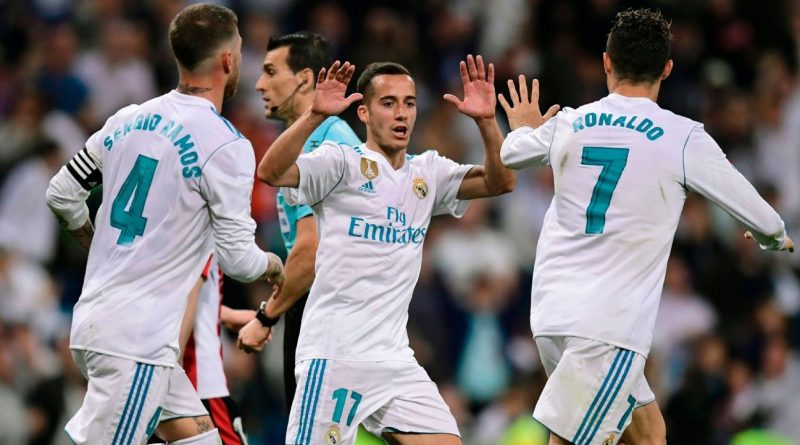 Real Madrid scraped a draw against an Athletic Bilbao side who put in one of their best performances of the season in the Bernabeu in a game played in the shadow of Bayern Munich. Inaki Williams put the visitors ahead with a delicious chip in the first half with Cristiano Ronaldo salvaging a point with the faintest of touches from Luka Modric’s 87th-minute shot.

As so often in 2018, no fresh injury concerns for Zinedine Zidane, who will have a full squad minus Nacho available for the Allianz Arena. Real hammered 29 shots towards Kepa Arrizabalaga with 10 on target and eight blocked and the psychological effect of avoiding a sixth Liga defeat with a late equalizer was timely with bigger fish on Zidane’s hook.

Real’s central defenders were carved open too easily by Inigo Cordoba and Williams; Zidane was quick to call Sergio Ramos and Raphael Varane to the touchline to make the palms-together signal after Athletic’s early strike. Another La Liga setback is hardly a negative in the context of the champions’ non-existent title defence, but Bayern will have noted how easily a well-drilled Athletic prevented the home side from breaking effectively.

6 — Zidane was obliged to put out more or less his starting XI for Bayern with an empty weekend in store and several of his side were under clear instructions not to do anything that might jeopardize their availability. The result was irrelevant but Modric and Toni Kroos were particularly tentative and that allowed Athletic’s greater midfield muscle to control the game.

GK Keylor Navas, 7 — A good early save from Mikel San Jose with his defence looking to the pitch was about the sum of his work, other than rushing out to meet a marauding Williams on the left. Completely stranded for the goal, his decision to twist not stick can’t be faulted.

DF Dani Carvajal, 9 — It would be interesting to see what a team of Carvajals could do on a simulator. Excellent attacking passes were backed by an exemplary defensive display, a block on Cordoba preventing a goal and an impeccably-timed challenge on Inigo Lekue one for the purists. Also found time to bail his team out by teeing up Modric ahead of the goal in a tireless performance.

DF Sergio Ramos, 6 — Lost San Jose early on and didn’t read Cordoba’s pass, or inform Varane of its trajectory. Atoned with a decisive intervention when the ball was falling kindly for Williams but not his finest display of the season overall.

DF Raphael Varane, 6 — Tested Kepa with a glancing header and nicked the ball from Williams’ toe at the end of the first half. Failed to impose himself in the air but was pretty handy on the deck and eager to play out from the back.

DF Marcelo, 7 — A glorious hit from his futsal days on 20 minutes was the highlight of a display that will have Bayern eyeing the left flank nervously. He may not always provide the guarantees at the back Real fans would prefer, but there is no left-back in the world better at disarming a packed defence.

MF Toni Kroos, 5 — A half-steam job from the German, who didn’t even bother trying to recover his own blocked shot in Athletic territory and mostly admired Williams’ heels from midfield. Took seven corners, all of which were easier to read than the complete works of the Mr. Men.

MF Luka Modric, 6 — An excellent through ball to Ronaldo and a sort-of assist for the Portuguese’s goal mitigated an otherwise lacklustre showing from the Croatian, who like Kroos, was clearly reminded not to put anything on the line ahead of next Wednesday.

MF Marco Asensio, 6 — Could it be the change to pink boots? Handed a free role, Asensio again struggled to replicate his early season form and other than a fantastic run cutting in from a dead end on the right, he had little impact on the game.

MF Lucas Vazquez, 7 — Zidane’s workhorse showed that he can race a bit as well with a glorious slalom through the Athletic defence that deserved a bit more grit from Ronaldo to reach. The main reason for Zidane’s new affinity for 4-4-2, a couple of misplaced passes won’t stop him from starting in Munich.

FW Cristiano Ronaldo, 7 — He won’t admit it of course, but there will be some debate on Thursday as to whether Ronaldo meant to connect with Modric’s shot or was trying to get out the way. And he will care even less. It wasn’t quite the Rayo back-heel but it was a 22nd goal in 12 games and kept the ball rolling ahead of Bayern.

FW Karim Benzema, 4 — Made all the right runs and won the ball back a few times but too often chose the wrong option when he had it and managed two shots, neither of which bothered Kepa.

FW Gareth Bale, 5 — On for Benzema, a couple of poor crosses and a free kick into the stands leaves Zidane with a decision to make next Wednesday.

MF Isco, 6 — On for Asensio, at least he knew why he was hugging bench but should have hit the target with his first touch and was off-key by recent standards. 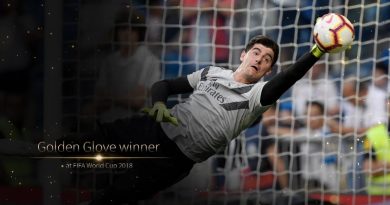 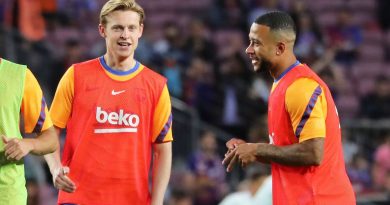 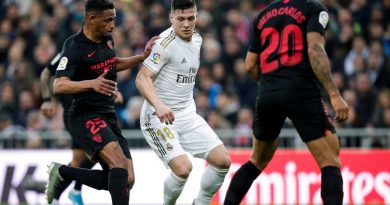