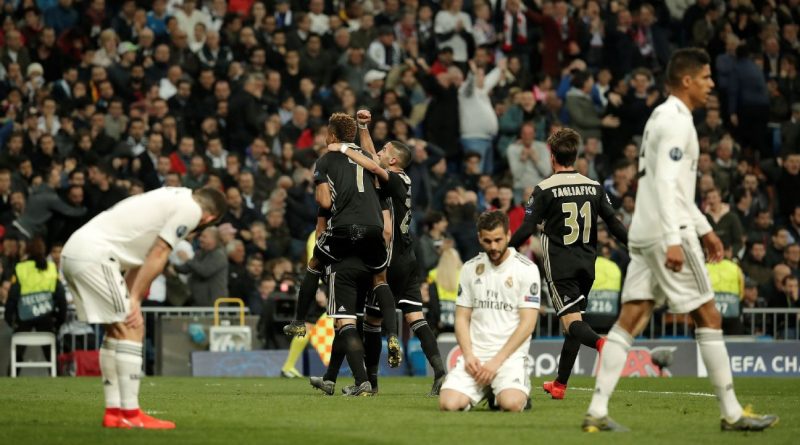 Real Madrid defender Dani Carvajal said his team had “no excuses” after being shocked 4-1 by Ajax at the Bernabeu on Tuesday night to crash out of the Champions League 5-3 on aggregate, with the Spain international adding that his club’s “s— season” was now already over.

Leading 2-1 from last month’s last-16 first leg, Madrid hit the post through Raphael Varane early on, but a young Ajax team kept attacking and deservedly went 2-0 up after 18 minutes through Hakim Ziyech and David Neres.

Early substitute Gareth Bale hit the woodwork for Madrid again before half-time, but Dusan Tadic made it 3-0 soon after the break. Even after Marco Asensio pulled one back for the hosts, Ajax’s Lasse Schone soon ensured his side’s progress with a superb free kick.

With Madrid also having lost in the Copa del Rey and La Liga to Barcelona over the last seven days, Carvajal told Spanish TV station Movistar that his team “had lost everything in a week.”

“We have lost everything this week, all at home,” Carvajal said.

“Tonight is not for looking for excuses. They were better than us and deserved to go through.

“It is never easy coming off two defeats at home against Barca, but we came here with victory clearly in mind.

“It is clear that this season is over,” Carvajal admitted. “We will keep working hard in La Liga as that is what we have to do, to be professional.

“We cannot hide and we know this has been a s— season, that is the reality. I’ve never had this bad feeling before. I don’t know how to explain it.”

Asked about Carvajal’s words at the post-match news conference, Madrid coach Solari admitted that emotions were running high but his team still had to focus on La Liga, where they sit in third place 12 points behind leaders Barcelona.

“Carvajal has a lot of character, he was speaking in the heat of the moment on the side of the pitch,” Solari said. “The season goes on, we’ve still got La Liga.”

And asked if he might resign himself now, Solari recalled that he had been promoted to his current job after October’s 5-1 La Liga Clasico defeat at Barcelona.

“I didn’t come to the club in such a difficult moment to give up [now],” the Argentine said. “The season is difficult, but we are here to show our heart and character in difficult moments.

“Easy moments are easy for everyone, you can climb up and surf them, but difficult moments you have to show bravery. Madrid is bigger than any of us, it always returns, and returns even stronger.”

When pressed about his future, Solari responded: “The editorials are up to you guys.

“We need to dedicate ourselves to work, and not give up. In this tough year, which we knew may be tough and it is proving to be tough, but here we are playing with our hearts.

“Who knows [what the future holds]. If we knew the future we would all play the lottery.”

Solari did accept that Madrid missed their captain Sergio Ramos, who had deliberately got himself suspended from the game thinking the 2-1 first-leg advantage was safe enough, and appeared to be filming scenes for an Amazon Prime documentary in the Bernabeu during the game.

“Without talking badly about any of our players, of course we missed our captain,” the former Madrid player said.

“We need to be professionals. All of the players are veteran professionals. We have some young guys, but the veterans need to step it up in this tough moment, along with the entire organization and coaching staff. We need to keep working.”

Real Madrid’s director of institutional relations, Emilio Butragueno, apologised to the Bernabeu fans after the match, but urged the club to remain calm after a surprise exit off the back of three successful Champions League campaigns.

“We are sorry for our fans, and our players. They tried but couldn’t do it. Everything went against us. They scored on their first and second attacks, although they were great goals. Two posts for us. It is not normal. We had started the second half well, and they score for 3-0.

“There was still time left and the Bernabeu was transformed until the 4-1. It just all went against us.

“We all know what these players have given us over these years. You cannot win all the time. This is sport. The team tried their best, but it was not to be.

“You must value what they have achieved. We have lost in a very hard way. It is very difficult to win a Champions League. It is a sad night for all of us and we must remain calm.” 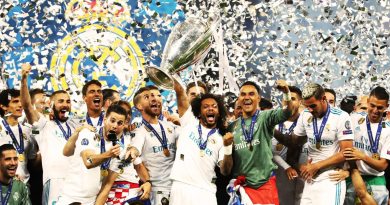 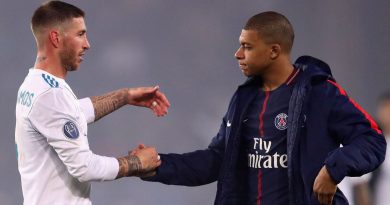 Transfer Talk: Real Madrid could pay as much as €400m for Kylian Mbappe