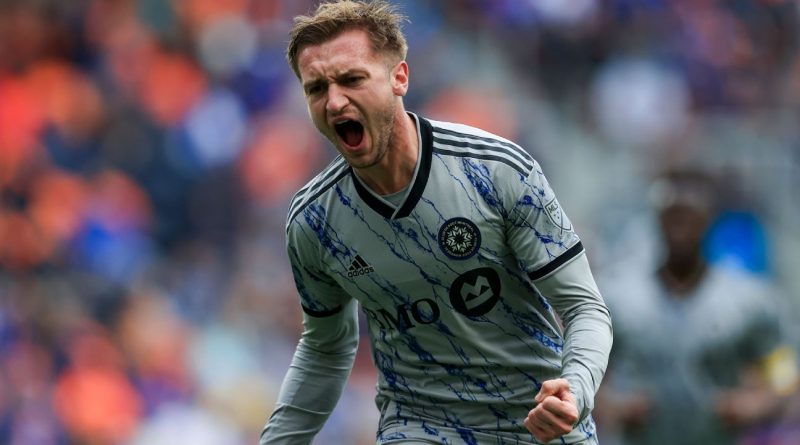 Djordje Mihailovic is trying not to get carried away.

The CF Montreal midfielder is enjoying the best form of his career. His seven goals have almost doubled his previous single-season career high of four and, 13 games into the Major League Soccer campaign, Montreal is firmly inside the playoff places. The personal accolades are coming his way, too. The interest from European clubs is heating up, as is talk about Mihailovic being the league MVP. He’s also been called into the United States men’s national team training camp and will be hoping to make his first international appearance since December 2020.

There is a part of Mihailovic eager to let the good times roll, the better to allow him to play with the joy that is present when he’s performing at his best. He’s pleased to have left some tough spells behind as well, including a torn anterior cruciate ligament in 2017, but right now there is also a wariness about the heights his career has recently reached.

“In my opinion, the good times can actually be more detrimental to someone’s mental aspect versus the negative,” Mihailovic told ESPN. “I think a lot of players, when you start to succeed, you get a little bit too ahead of yourself, a little bit too high and overwhelmed with things. You expect a lot more from yourself because you’re doing a lot of good things. So it’s a lot easier to fall down a wrong path when things get too high.”

Mihailovic quipped that he blames teammate Alistair Johnston for the MVP chatter, claiming that “he started the whole snowball.” Now the midfielder is the butt of jokes inside the Montreal locker room.

Starting onSunday, Mihailovic’s mind will be on the U.S. and trying to make a late push to make the World Cup roster. It’s not unheard of for a player who didn’t play a part in qualifying to make a World Cup squad, whether it was Pablo Mastroeni in 2002 or Herculez Gomez in 2010 to Julian Green in 2014. Mihailovic is holding out hope he can follow in those footsteps, even if the mountain he has to climb is steep.

“It’s exciting, something that I’ve been working towards,” he said about the call-up. “On the field, it’s something that a lot of my mind has been thinking about, doing the most I can to be called back in and I’d love to make the most of this opportunity.”

Mihailovic has long caught the eye of U.S. manager Gregg Berhalter, who admired the player’s ability to play “between the lines,” be good technically and be a difference-maker in the attacking third. Berhalter calls Mihailovic a “Day One-er,” as one of the invitees to his first U.S. camp. The player in fact is the answer to a trivia question, having scored the first goal of the Berhalter era in a 3-0 win over Panama in January 2019. The expectation from Berhalter and the national team staff was that Mihailovic would kick on from there, but struggles at club level saw him called in only in spurts.

“There were glimpses of it, but the consistency wasn’t there,” said Berhalter. Now that Mihailovic is playing an advanced attacking position in Montreal that suits him, Berhalter has liked what he’s seen this season, although questions remain.

He said of Mihailovic, “If he’s a winger, can he press with the intensity that we need, with the speed and with the quickness that we need to press to cause turnovers? And the second thing is as a midfielder defensively, can he have the work rate to be winning the ball back and have that defensive work rate, to get it done?”

The coming weeks will see the extent to which Mihailovic can close that gap. He certainly has some players to leap over if he’s even to get a sniff of the World Cup, but he knows his recent play has him back in the reckoning. His dream can be visualized again, and that is due to some pointers from Montreal manager Wilfried Nancy.

Mihailovic was already coming off an impressive 2021 season, a campaign in which his 16 assists ranked second in the league behind New England‘s Carles Gil. But Nancy wanted his protege to be more goal-dangerous, and he zeroed in on what was going on in the midfielder’s head, namely more “emotional control.”

“In the past, [Mihailovic] was rushing all the time in terms of internal decision-making in the final third,” Nancy told ESPN. “This year, when he takes his shots, it’s better, because in the past, he wanted to score, but he wanted to score from 50 yards, you know what I mean?

“Now he’s able to recognize the moment when it’s a good moment to place the ball, or to kick it hard or to make the pass. For me this is a big, big, big improvement.”

The numbers bear this out beyond just the number of goals Mihailovic has scored. According to ESPN Stats & Information, Mihailovic has hit the target on 63.6% of his shots, tops in the league among players with at least 15 shots on goal for the season. That is more than double the 25.4% he recorded last season.

Mihailovic noted that the timing of his runs has improved, but he’s also playing with a freedom given to him by Nancy that allows him to crash the box when the time is right. The increase in goals is also down to an accumulation of experience that comes from being in his sixth professional season. The more he finds himself in certain situations in front of goal, the cooler he is.

“When you get in these moments you have a lot more time than you think,” he said. “It’s no different than when I receive a ball in the middle of the field, and I’m able to pick a pass. I’m always in that situation for the last six years. I’m always receiving the ball in the middle and just repeating that action. It’s the same thing when I’m in and around the goal, having that calm head and executing.”

It makes the $1 million in allocation funds that Montreal sent to the Chicago Fire look like money well spent, even if the move at the time seemed fraught with risk. Raised in the Chicago suburb of Lemont, Mihailovic was comfortable around friends, family and the club he had been with since his academy days. But after the 2020 season, there was also a sense that it was time to move on. Mihailovic wanted to be the player, but the Fire didn’t want to hand him the keys to the attack.

“I’m just thinking, ‘I’m playing in the with the club that I grew up watching,’ and you hope to be an important player for that team going forward,” Mihailovic said. “When it’s suddenly your time to go, it’s tough.”

Major League Soccer is here! Coverage of all 28 teams with live games, replays, highlights.
Sign up now to stream soccer on ESPN+

It was then that Montreal sporting director Olivier Renard pounced. Mihailovic had been on Renard’s radar for years dating back to executive’s time with Standard Liege. With Montreal he was looking for a player to replace Bojan Krkic as one of the team’s attacking midfielders.

“I thought that Djordje can be an important player for us, and that’s why we give a lot of money to Chicago,” said Renard. “He’s a guy who also mentally is working every day, in the fitness before the training, after the training. He’s not a complicated guy. He is a special character.”

The move also forced Mihailovic to grow up. He didn’t have any family with him. All he had was soccer. That focus led to more consistency, and increased talk of a move to Europe.

Renard chuckles when asked about inquiries from abroad, noting that when a player gets 16 assists, like Mihailovic did last season, such calls are inevitable.

“For me the most important thing is the mind of the player and to know Djordje is very happy,” said Renard. “He never called me to tell me [he wanted to leave]. We never spoke about that, but if he tells me wants to leave for [Europe], we will find a solution every time.”

Mihailovic said his World Cup quest wouldn’t influence his decision on whether to head to Europe. He noted that a World Cup, while a dream of his, happens every four years. A club is more of a long-term decision.

One gets the sense that Mihailovic feels he’s ready. He spent part of last offseason training with Serie A side — and Montreal’s sister club — Bologna, and his growth is evident when he compares it to another training stint with Nurnberg in 2019. On that occasion, he admitted to being overwhelmed by the speed of play and the physicality.

With Bologna he said he felt “comfortable,” although there was plenty to learn, especially in terms of how players dealt with the pressure from supporters and the club.

“Just to see how players on these teams handle themselves, it was always good to see,” he said.

Granted, staying in Montreal might be the best for Mihailovic in the short term. He’s getting on the field and contributing consistently. And he’s valued by Montreal.

“They didn’t really overshadow me. They didn’t lock me up in any way,” he said about Montreal. “They allowed me to express myself with my emotions and I’m a player that plays with a lot of emotions. I think that’s one of my biggest strengths in the sport. So they allow me to play free and to do what I know how to do.” 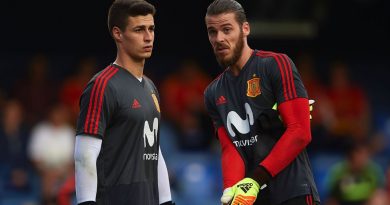 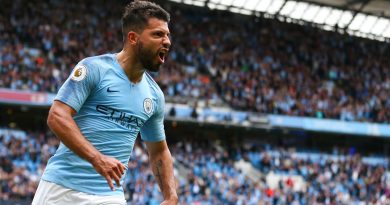 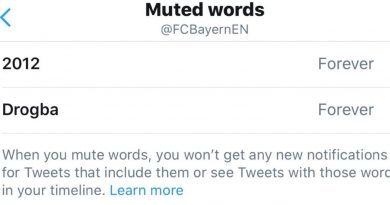