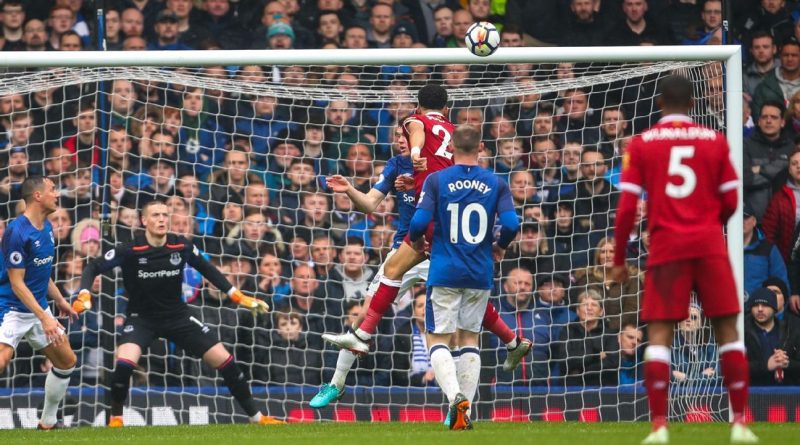 Merseyside derby No. 231 will not live long in the memory. The point earned in this dull draw helped Liverpool maintain their standing in the top four, while it further strengthened Everton supporters’ case that Sam Allardyce is not the man to take their football club forward.

The build-up to the game had never been more low-key — and there were very few flashpoints during the 90 minutes.

Liverpool minds are elsewhere, with the second leg of their Champions League quarterfinal against Manchester City on the horizon.

Therefore, this represented Everton’s best chance to win a Merseyside derby for the first time since October 2010. But an unadventurous Everton side deserved nothing more than a point on the basis of this performance.

Some thought Jurgen Klopp would ring wholesale changes in a bid to avoid injuries and fatigue ahead of Tuesday’s game with City. But the Liverpool manager is not blessed with an abundance of depth or the security of a guaranteed top-four finish just yet.

The concern for Liverpool is their injury situation. Mohamed Salah and Andrew Robertson were unable to play due to knocks, while Alberto Moreno withdrew from the squad during the warmup because of a problem. It meant youngsters Conor Masterson, Curtis Jones and Rafael Camacho found themselves on the bench.

Sadio Mane and James Milner, both likely to feature at the Etihad next week, were both taken off midway through the second half.

A dour first half did at least contain some highlights. Dominic Solanke missed two good opportunities inside the opening 15 minutes, while both goalkeepers performed stunning saves to ensure the scoreline stayed goalless.

The second half was even less eventful. A brief melee between Danny Ings and Seamus Coleman briefly injected life into the game, and Everton finished stronger.

Two chances fell for the home side late on. Coleman was unable to get anything on Cenk Tosun’s header across goal before substitute Dominic Calvert-Lewin fired wide when he really should have been the match-winner.

When the build-up starts for next season’s Merseyside derbies, this one won’t be mentioned.

Included in the starting lineup for a Merseyside derby for the second time this season, Solanke needs to find the back of the net sooner rather than later to justify Klopp and Liverpool’s faith.

This was the 20-year-old’s 23rd appearance — his fifth start — in a red shirt following his move from Chelsea in the summer. All of them, however, have not featured a goal.

Solanke had two golden opportunities early on to break his duck. First, there was a header from close range that went just past Jordan Pickford’s post, and three minutes later, Nathaniel Clyne’s cross bounced off Coleman into Solanke’s path at close range.

A more confident, experienced forward may have opted to slot it in the corner, but Solanke instantly thrashed at it, hitting it straight toward the grateful Pickford.

Playing as a central striker in this Liverpool side requires a lot more than just being ready to pounce on opportunities inside the penalty area. Roberto Firmino does the job of being a presser, chance creator and goal threat to a world-class standard that it made Solanke’s task thankless.

But Liverpool still needed more from Solanke and Ings, in his first start in more than 30 months, against Everton. They would ideally love to find a like-for-like replacement for Firmino, though that is easier said than done. The Brazilian is one of a kind, as he showed during his brief cameo at Goodison Park.

3. Everton fans fed up with Allardyce

Even though Evertonians are desperate for victory over Liverpool, a win would not have brought back the wholesale support from the fan base toward Allardyce. He can claim it’s a minority all the wants, but the blue half of Merseyside can’t wait for the season to be over.

Allardyce often struggles to build a positive relationship with the supporters of his own club. It did not going down well with Blues on Friday when he (falsely) boasted that Everton were below the now rock-bottom West Brom when he took over in November.

Fans feel their expectations, and football has been dragged down for a club their size during his tenure.

That displeasure was put aside by the time of kickoff, but signs of discontent were aired throughout when Everton had opportunities to apply pressure on Liverpool but opted to stay in their compact shape.

Tosun, who had scored four goals in Everton’s last four games, was arguably the most frustrated person in the stadium. Isolated and probably bored, with nothing to do, the Turkish striker pleaded with his teammates to get further up the pitch.

Everton are safe from relegation and in the top half of the Premier League, yet another bland, uninspired performance was served up here. Another overhaul could take place in the summer. 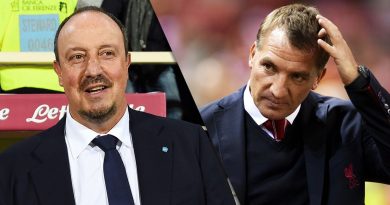 May 3, 2019 ayman022 Comments Off on Liverpool’s quest for first Premier League title could be decided by their former managers 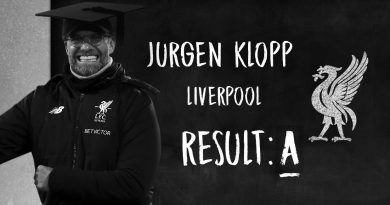 May 16, 2018 ayman022 Comments Off on Liverpool Report Card Salah and Firmino star as Reds prepare for Real Madrid 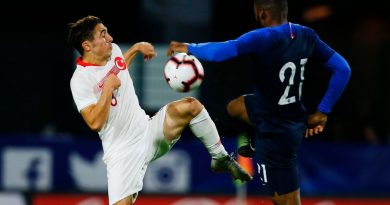