England turned on the class after a testing start to beat Senegal 3-0 at the 2022 World Cup and advance to the quarterfinals.

The result sets up a tantalizing clash with France, who beat Poland 3-1 earlier in the day, for Gareth Southgate’s side in the two European heavyweights’ first-ever knockout round meeting at a World Cup.

– World Cup bracket: Who plays who in the knockout round?

Jordan Henderson and captain Harry Kane both scored just before the break to secure a 2-0 half-time lead against a Senegal side that had looked entirely up to the task at the Al Bayt Stadium.

Speedy Senegal striker Boulaye Dia, who looked dangerous on the counter, came closest for the African side when he brought out a sharp one-handed save from Jordan Pickford after England’s defence carelessly gave the ball away just past the half-hour.

Henderson settled England’s nerves in the 38th minute, stroking the ball home after being played in by Jude Bellingham at the end of a lovely passing move.

Kane struck a ferocious shot past goalkeeper Edouard Mendy with the last kick of the first half, leaving him one goal behind Wayne Rooney’s record of 53 goals for England.

Manager Rigobert Song rang the changes for Senegal at half-time but to little effect as Bukayo Saka put England three up in the 57th minute, applying a deft touch to Phil Foden‘s cross through the six-yard box over the outstretched arms of Mendy.

Saka’s strike took England’s total goals thus far in Qatar to 12 — level with the country’s World Cup record number scored in reaching the semifinals in Russia — as the Three Lions saw out the match at a canter.

Chelsea winger Raheem Sterling, who had started England’s first two matches, was left out of the squad entirely to deal with what the FA described as a “family matter.”

The victory extended England’s all-time unbeaten run against African teams to 21 games, including eight in World Cups. Morocco, who face Spain on Tuesday, are now the only African team left in the tournament.

The absence of the suspended Idrissa Gueye and injured Cheikhou Kouyate left Senegal’s midfield too underpowered to pose problems for England.

With Sadio Mane missing the tournament through injury Senegal also lacked a cutting edge to trouble an England defence that kept a third successive World Cup clean sheet for the first time in 20 years. 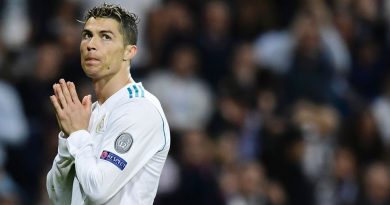 May 18, 2018 ayman022 Comments Off on Manchester United could not reject a chance to sign Cristiano Ronaldo – Jose Mourinho 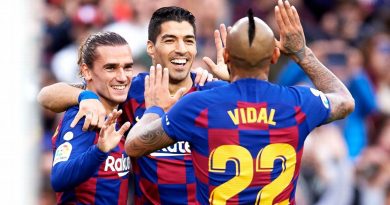 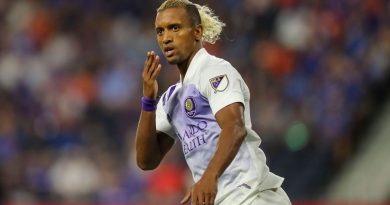 Nov 26, 2021 ayman022 Comments Off on Nani leaves MLS side Orlando City after 3 seasons