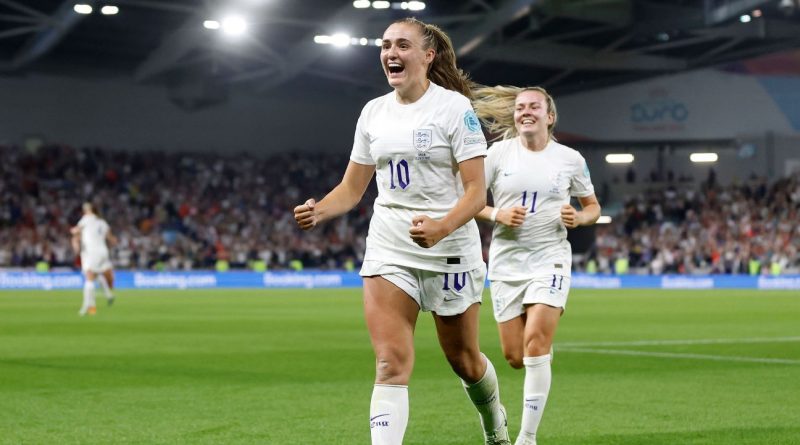 BRIGHTON, England — There’s something about this England team. They simply don’t know when they’re beaten.

For so much of Wednesday’s Euro 2022 quarterfinal they were outclassed by Spain. But when the pressure eventually proved too much for those in red shirts and the big moments presented themselves, England didn’t blink, eventually winning 2-1 in extra time.

You have to run through walls to beat Spain. The likes of Millie Bright, Georgia Stanway, Keira Walsh and Lucy Bronze did that. If they were the ones who picked away at the red wall’s foundations, it was Stanway who brought it crashing down.

Stanway had run all game. She had chased anything and everything in red, and she’d darted through the middle of the pitch repeatedly only to get brought down. She’d tried and tried — and had met frustration each time. But then there was the next opportunity, so she’d give it another shot.

After Spain had scored in the 54th minute through a wonderfully worked, seven-pass goal sequence, England had tried everything: going under, through and aside the Spanish defence. It wasn’t working. And as Spain’s defence held, it looked like England’s party was over, with Spain picking the perfect time to announce themselves in the tournament.

But then came the double act of Alessia Russo and Ella Toone to combine for a 84th-minute equaliser to force extra time. And then came Stanway’s moment.

When she got the ball in the 97th minute, Stanway had made that run before — almost exactly the same on the stroke of half-time, only to be fouled by Mapi Leon. But this time, as legs burned and as the backpedaling slowed, Stanway kept the ball, and she kept on going. She had runners heading off left, and right, and then she looked up. She had options, but she went with her gut.

Sarina Wiegman was appointed as England’s manager to make big decisions. Tactically astute and with a winner’s pedigree, she was employed by The Football Association to make sure England had the best chance of delivering in their home Euros. She is a presence on the touchline — the one who knows what it takes to win this tournament, having delivered five years ago for the Netherlands — but she’s rarely animated. Behind the scenes, it’s her individual conversations with the players that make such a difference in this group. They feel empowered to make split-second decisions mid-match, knowing their coach will back them up. She has kept the pressure off the group; talk in the camp is about football, not about winning.

Stanway is just one of several to have grown under Wiegman’s tutelage, but heading into this tournament, Stanway had a question mark over her head. For so long, it looked like Leah Williamson would be in the Stanway role with Alex Greenwood at centre-back. But Wiegman shifted that with just a game and a half to go before the tournament to move Williamson back and Stanway into midfield. The manager trusted her own instinct and made the tough call.

– Euro 2022: Daily guide to coverage, fixtures, more
– Every Euros game LIVE on ESPN: Navigate the schedule
– Sign up for ESPN: Get instant access

So, when Stanway had options bearing down on Spain’s goal, she knew whatever decision she made in that split second would be the right one. And so as she struck a wonderful winner past Sandra Panos from just outside the box; it was a moment of affirmation for Stanway, for the team and for the culture Wiegman has forged.

But this was a win built on sheer grit and determination — and Bright personified that. She was outstanding at centre-back — and as a makeshift centre forward — as she headed, blocked, tackled, outmanoeuvred and overcame anything and everything in her path. It was thanks to Bright — and those protecting England’s goal like the outstanding Mary Earps, Williamson, Stanway and Walsh — that they had the opportunity to get through this.

For so much of the first 90 minutes, Spain had England’s number. It went to script. They moved the ball far better, they soaked up the possession and they crafted the chances. Despite a brief flourish from England at the start of the second half, it was no surprise to see Spain take the lead.

Spain’s goal was wonderful. Having dominated the first 45 minutes, Spain weathered a brief England resurgence at the start of the second to then fashion one of the very few clear-cut chances in the match. Athenea Del Castillo‘s tricky footwork turned Rachel Daly inside out, and her pass found Esther Gonzalez, who took one touch to settle herself and then shot back across Earps’ goal and past the outstretched leg of Bright. It was a goal met with silence — and then a response from the England crowd.

It was in those moments where Wiegman’s experience rang true. There were two key moments in the 90 that swung this back in England’s favour. First, as it got more desperate, she made two bold batches of substitutions, and between the 55th and 62nd minute the introductions of Chloe Kelly, Russo and Toone caused Spain to rethink.

Up to that point, the Spanish structure allowed them to mark Lauren Hemp, Fran Kirby and Beth Mead out of the game. Ellen White was left to continually run down blind alleys, Kirby was feeding off scraps as the two Spanish full-backs Ona Batlle and Olga Carmona controlled both flanks. With Aitana Bonmati dictating tempo in the middle of the field and Mariona Caldentey playing brilliantly on the flank, it simply wasn’t working for Wiegman’s team. They prodded away but couldn’t get anything going in Spain’s half of the pitch.

Toone, Russo and Kelly’s introduction increased the tempo. But it needed Wiegman’s second big tactical decision in the 84th minute to break the Spanish resolve. Wiegman moved to a back three, temporarily shifting the outstanding Bright up front. We’ve asked if England had a Plan B, but this was surely more a Plan Q — yet, it worked.

Bright’s presence in the Spain box caused confusion, and it allowed Russo the space to get on the shoulder of Irene Peredes to win a vital header — and from that, Toone finished wonderfully from close range. It wasn’t pretty — it didn’t need to be when you’re in those moments — but it was life-giving.

From there came extra time and Stanway’s winning moment to keep this show on track. But this was a different England than we’ve seen to the previous matches under Wiegman, and especially at these Euros. After the free-scoring England we saw in the group stages — 14 goals, zero conceded — this was much more like the Austria opener, but on another level.

This was an England team who had to dig in, support one another and trust in the collective ability of the 23-player squad. It needed trust and work rate and then that dab of stardust off Stanway’s right foot.

At the full-time whistle in the 124th minute, Wiegman was already 10 metres on to the field by the time the second blast landed. She’d been through every emotion, in her own understated way. But then came the relief — and the celebrations. Now must come the reset.

England have two more matches to go in this Euros, but what they proved Wednesday night was that they have the ability to turn the tide in a knockout tie and have the nous and guile to pull a result out of the hat. That’s a champion’s mindset. 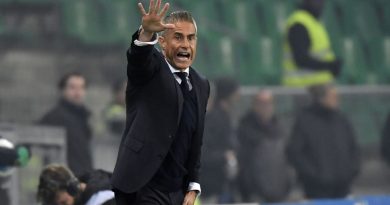 Oct 18, 2018 ayman022 Comments Off on Thierry Henry out to emulate Zinedine Zidane Didier Deschamps at Monaco