A damning independent review into the English Football Association’s handling of July’s Euro 2020 final showed the organisation was lucky to avoid the death of supporters and called for a national effort to drive out hooliganism from the sport.

Baroness Louise Casey of Blackstock was commissioned by the FA to investigate the shameful scenes as England‘s first tournament final appearance in 55 years was overshadowed by supporters storming the barriers to gain access without tickets, excessive drinking and drugtaking in the hours before kickoff.

The 129-page review, released on Friday morning, contains a series of shocking findings including: 2,000 ticketless fans gained entry to Wembley, around 400 were ejected; there were 17 mass breaches of disabled entrances to the stadium; there were up to 6,000 fans waiting to storm the stadium if England had won; there was a collective failure to plan for the worst-case scenario and police arrived too late in the areas around Wembley.

Although Casey was critical of the lack of co-ordinated preparation, she suggested a “perfect storm” of the relaxation of COVID-19 restrictions and euphoria over England’s dramatic run created an environment in which “a horde of tickeless, drunken and drugged up thugs…created an appaling scene of disorder and coming periolously close to putting lives at risk.”

She said: “We are genuinely lucky that there was not much more serious injury or worse, and need to take the toughest possible action against people who think a football match is somehow an excuse to behave like that.

“Nevertheless there are always lessons to be learned and it is right and commendable that the FA have commissioned this thorough review and have fully engaged with it, along with key partners including the police and local council. No one was fully prepared for what happened that day and it can’t be allowed to happen again.”

UEFA fined the FA £85,000 and ordered England to play one match behind-closed-doors following their own investigation and the organisation’s chief executive Mark Bullingham said: “We fully accept its findings and there are important learnings for us, as well as other agencies involved.

“The FA apologises for the terrible experience that many suffered within Wembley on what should have been a historic night for the game.”

Casey also revealed that during interviews for the report, many FA staff expressed their relief that England lost the final on penalties against Italy given the thousands waiting outside to gain access had Gareth Southgate’s side secured their first international trophy since the 1966 World Cup.

“One of the saddest parts of this process has been hearing the testimony of FA staff. While they did not want the England team to lose that night, such was their concern for what might happen in the event of an England victory, they ended up with a feeling of huge relief at the result. In the end the penalty shootout went Italy’s way, the rain came down, and the crowds dispersed largely quietly. But we should not lose sight of how close the alternative was.”

The three England players who missed in the shootout — Bukayo Saka, Marcus Rashford and Jadon Sancho — were all racially abused on social media in the hours after the final.

Casey believes it is another indication of a need for a national conversation to eradicate violence in football. Among the eight recommendations the report makes, government is called on to issue stronger punishments for football-related incidents.

“The biggest challenge I lay down is around the culture that led some individuals on the day at Wembley, and in the days after on social media, to choose to behave in this way,” Casey said.

“What makes people believe that it is somehow acceptable to break into a stadium or abuse disabled entrances just because it is a big match or there are spare seats inside? Why on earth should Black footballers be expected to continue to play for their country amid racist abuse from their own countrymen?

“That is partly about what the FA and football can do to keep these people away from grounds. But we also need a national conversation about greater civility and responsibility that goes far beyond what one sport alone can do. A national effort that truly kicks out racism and hooliganism from football and society at large would be a fitting tribute to that England team, and all those of us who love our national game and our country for the right reasons.”

Speaking to ESPN, Casey also cited mitigating factors including the reduction of bar capacity in Wembley’s immediate vicinity from 9,000 to 1,500 and the absence of a Fan Zone anywhere in London due to COVID-19 social distancing measures. 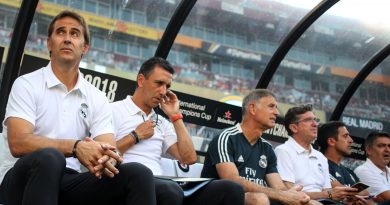 Aug 8, 2018 ayman022 Comments Off on Managers at new clubs must handle massive egos 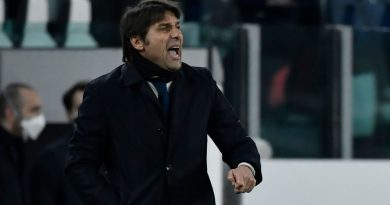 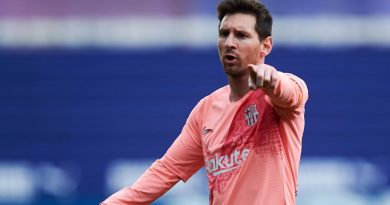 May 26, 2019 ayman022 Comments Off on Messi wins European Golden Shoe for sixth time