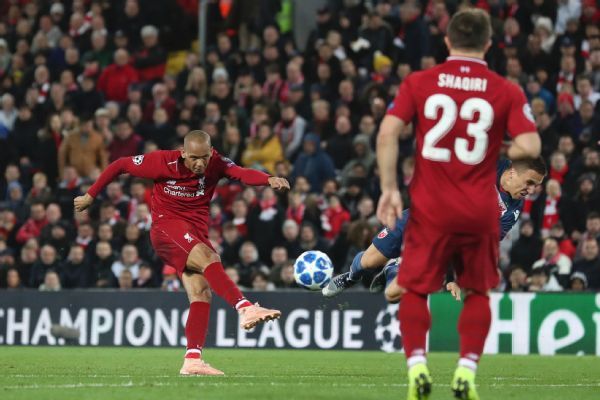 LIVERPOOL, England — The last time Fabinho played at Anfield in the Champions League, barely anyone noticed. Anfield was still celebrating Roberto Firmino’s dramatic winning goal against Paris Saint-Germain when Fabinho came on as an injury-time substitute to make his Liverpool debut.

But after playing a starring role in Liverpool’s 4-0 win over Red Star Belgrade, Fabinho left those leaving the stadium on Wednesday night fully aware what he can bring to this Liverpool side.

In wake of injuries to Jordan Henderson and Naby Keita, Fabinho was handed just his second start in a Liverpool shirt against Red Star. Henderson’s loss could very well be Fabinho’s gain.

The €50 million signing has had to remain incredibly patient following his summer arrival from Monaco. He would watch fellow summer recruits Alisson and Naby Keita make immediate impacts, while he remained held back by his manager.

But now, nearly five months after Liverpool announced his transfer, Fabinho has been unleashed. The Brazil international was totally dominant as Liverpool breezed past Red Star to take control of Group C.

The absence of the big-money signing has naturally left Jurgen Klopp fielding multiple questions from the media this season. However, the questions postmatch on Wednesday were of a different nature.

“Very good,” Klopp responded when asked to sum up the performance of Fabinho, who turned 25 on Tuesday. “The present for his birthday was not that he was in the lineup, it was that we played his favourite system with the double 6.

“He played really well, good to see, very aggressive, everything was there.

“For the first game, it was good, really good. He was very aggressive, and quite impressive. It always helps a player if you play a good game, and it helped us tonight. That was the start, now he has to carry on.”

A defensive midfielder in its truest form, Fabinho made nine tackles and one interception on Wednesday. What must also be pleasing for Klopp is that he was not only contributing in a defensive sense.

The demands of playing in Klopp’s midfield are unique. Regardless of the duties expected from the deepest midfielder, there is still an expectation from the No. 6 to help out with attacking moves.

Fabinho completed 72 out of his 80 passes, had one shot and played an exquisite, diagonal through ball to put Trent Alexander-Arnold through on goal. The sight of Fabinho in the Red Star penalty area numerous times would have also surprised Liverpool’s Serbian visitors.

Alex Oxalde-Chamberlain and Andrew Robertson didn’t immediately set the world alight at the start of last season following their moves to Anfield. But the pair would turn out to be crucial components in Liverpool’s run to the Champions League final. Fabinho can still have a huge impact in what could be a very fruitful season for Liverpool.

And Klopp’s tolerant nature does not just apply to new signings.

Mohamed Salah maintained the trust of Liverpool management, despite initially failing to live up to last term’s incredibly high standards.

Two goals against Red Star means the Egyptian has now scored three times in his last two games. His goal at Huddersfield Town on Saturday broke a four-game run without a score — the longest barren spell of his Liverpool career so far.

“It’s hopefully not the last time,” Klopp said. “It was just a good game, a good football game and they could finish the situations because we had the right movements in the right moment.

“In the first two goals we had the counter-pressing situations, which is brilliant and very important. When you see how the big the impact of the boys coming on, that’s really important as well.

This current Liverpool are still some way off the 2017-18 team that swatted aside some of Europe’s best. There have been legitimate question marks about Liverpool’s start to the season, but the fact they continue to go toe-to-toe with Premier League leaders Manchester City can only be encouraging.

The back five were untroubled against Red Star — a consistent theme so far this season — while players are beginning to find their best form. Fabinho’s showing was the best example of that. But much more is still expected.

With Henderson already ruled out of Saturday’s Cardiff City game, Klopp can count upon Fabinho once again to be Liverpool’s anchor.

After all, he’s had enough time to prepare for it. 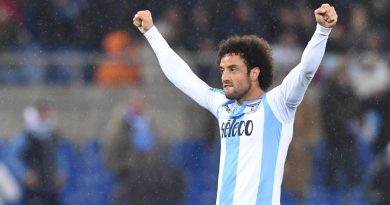 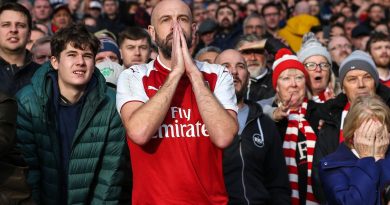 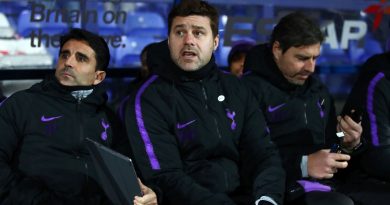