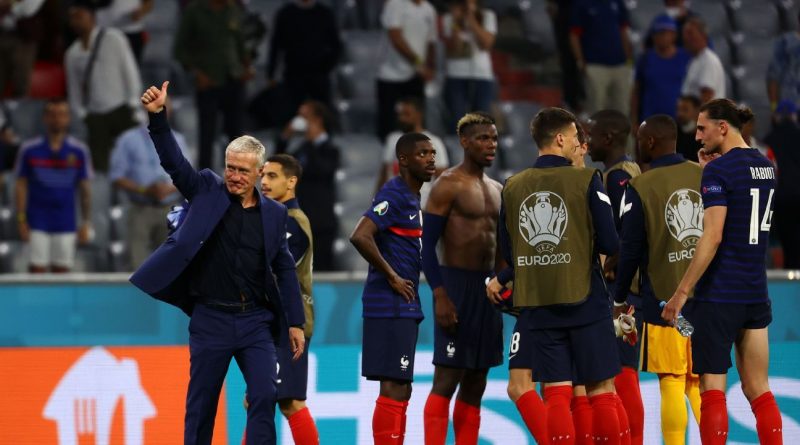 How some things change in football. Back at the 2014 World Cup when Germany knocked out France in the quarterfinals, Mats Hummels was the game’s lone goalscorer. On that night in Rio de Janeiro, it was the German defender who broke French hearts despite Les Bleus dominating the game and creating the best chances.

Seven years later in Munich, the German centre-back scored again, this time in his own goal, gifting France the 1-0 win this time in the two countries’ Euro 2020 opener.

However, some things stay the same in football, too. To start, this 2021 France side looks very much like the World Cup winning one from 2018. And this performance against Germany was a very similar display to their semi-final win against Die Mannschaft at Euro 2016 in Marseille.

While this time the scoreline was just 1-0 compared to 2-0 in Marseille, as they were in 2016 and 2018, this French side is so disciplined tactically and defensively (kudos to Antoine Griezmann for practically finishing this game at right-back), controls matches with a dominating midfield and as they did in 2018, has the ultimate X-factor in forward Kylian Mbappe, who consistently ripped open Joachim Low’s side on Tuesday night.

If we didn’t really know what to expect from this Germany before kick-off, we knew what France would deliver. They did exactly what’s written on the tin. They were so German in many ways: efficient, resilient, solid, clinical, cold-blooded. They suffered at times and make no mistake, this is a good German team, but they never broke. In fact, they never even looked like breaking. The World Champions are like a predator waiting for their prey, and as we have seen over the past few years, the predator knows precisely when to attack.

“This was such a strong performance, said Didier Deschamps after the game. “We fought hard. We could have done better with the ball, in our build up but it was a very solid display.” Deschamps was ecstatic in the dressing room afterwards, warmly congratulating his players for an impressive win which will make France even bigger favourites to win this tournament.

Delivering performances like this are so much easier when you have a midfield like France’s. There has been much talk, and rightfully so, about France’s front three of Mbappe, Karim Benzema and Griezmann, which is undoubtedly a scary proposition for any defence. But what about the trio of Paul Pogba–N’Golo Kante–Adrien Rabiot? There has not been a better midfield so far in this competition. They are so good at everything they do, complement each other so well, and each plays his part so perfectly.

France also got a big helping hand from Germany. Deschamps was hoping that Low would play Joshua Kimmich at right wing-back and not in midfield because it would be easier then for his players to control the game like they did. The French could not believe that the best holding midfielder in the world was not playing as a holding midfielder for his country at the Euros!

So the midfield belonged to France and that’s where they won this game. Kante was everywhere again. Rabiot so astute and intelligent tactically, and precious under pressure. And then, you have Pogba. This was vintage Pogba, 2018 Pogba, or maybe even a better Pogba. What a performance!

“This is such a strong collective victory. We are so focused and so efficient. We all work hard for each other. We are humble on the pitch and we suffer together” said the Manchester United star, who complained to the referee after it appeared he was bitten in the back by defender Antonio Rudiger at the end of the first half.

Pogba was rightly so named man of the match and not just because of his exceptional involvement in the goal. We have seen fantastic moments so far in this tournament, England midfielder Kalvin Phillips‘ run ahead of Raheem Sterling‘s goal, Czech Republic‘s Patrik Schick scoring a wonder goal from midfield against Scotland, and we have now seen the pass of the tournament so far from Pogba. An incredible moment of inspiration and genius with a half toe-poke/half outside-of-the-foot switch from right to left for Lucas Hernandez, whose subsequent cross was deflected in his own net by Hummels. It was part of a complete performance from Pogba, who made 12 balls recoveries, won 13 duels, drew four fouls, was also robbed of an assist due to an offside ruling and later of a “hockey assist” ahead of the goal Benzema had ruled out for offsides.

The one goal that stood was such a great collective goal because it is exactly what France aimed to do. Before the game, the plan was to insist on Kimmich’s side, as the Bayern Munich midfielder is not used to playing there so much anymore. Deschamps knew there would opportunities there to exploit and there were, starting with the goal.

Meanwhile, Kimmich struggled against Mbappe all game long. The Frenchman was on top form, despite only touching the ball 35 times, the lowest tally of the 22 starters. If you thought that the incident with Olivier Giroud would affect him, we saw tonight that the answer was clearly no. His threatening run behind Hummels was a large reason for the own goal, he later scored a fabulous goal which was disallowed for offside, and then he was offside again, this time by the narrowest of margins, ahead of setting up Karim Benzema for a goal ruled out by VAR. That isn’t even accounting for the marvelous ball he played to put in Rabiot who hit the post, or the fact that he could have drawn a penalty on another occasion.

In 2016 and 2018, France started their tournaments very slowly, against Romania and Australia, respectively. This time, they are already in command and impressive, yet, with a few gears to spare.

“Tactical discipline is so important in a game like this. We were so strong tactically tonight, we showed great things, said Rabiot. “We are happy. We were the last team to play and we had to send a message to the other teams. We had to show that we are not World Champions for no reason.”

Tonight, that message was received loud and clear… 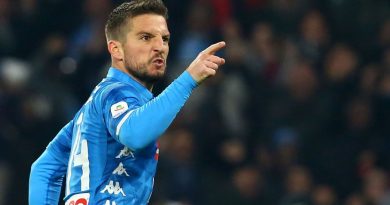 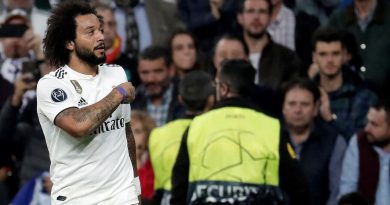 PSG’s Neymar could return to Brazil for injury recovery

Feb 12, 2021 ayman022 Comments Off on PSG’s Neymar could return to Brazil for injury recovery