Manchester United’s sulking stars and a fictional American soccer coach — ESPN’s Insider Notebook has the latest from a turbulent time at Old Trafford.

Manchester United players are becoming frustrated with Ralf Rangnick’s methods, with a section of the squad believing his training sessions are “old-fashioned,” sources told ESPN.

There has been some bemusement, too, that Rangnick has left the bulk of the coaching sessions to assistant Chris Armas. Sources told ESPN that some players on the training ground have jokingly likened Armas to fictional soccer coach Ted Lasso, the hapless American parachuted in to manage fictional side AFC Richmond in the hit Apple+ comedy show.

Former United States international Armas had never coached outside North America before landing the job as Rangnick’s No. 2 in December. The 49-year-old’s last coaching job ended in his dismissal by Toronto FC after winning two of his 15 games in charge.

Elsewhere, some players have complained among themselves that Rangnick’s sessions are often based on 11 vs. 11 work rather than dynamic drills they feel help to keep them sharp between games. Sources told ESPN that much of the work being done on the training pitch is built around improving organisation and shape with less emphasis placed on sessions designed to hone particular skills.

Rangnick was asked about this in his news conference on Friday ahead of Saturday’s clash with Southampton and said: “I haven’t read any newspapers and don’t know about those articles. What I can assure you is that the training is … I mean, the way that the team has developed over the last couple of weeks, it’s obvious tactically and this is due to the work that we do in training, both on the pitch but also if we do the video analysis.

“The training that we are doing, including all the important training games — and the little games as well as the 11 versus 11 games — and we do a lot of rondos and little games to increase fluidity and get better in possession of the ball, it’s part of the training session.”

Despite the players’ misgivings, the increased organisational work brought in under Rangnick has paid off, with United conceding nine goals in the 12 matches since he took over. In contrast, they shipped 24 goals in Ole Gunnar Solskjaer’s final 12 matches.

But it is at the other end United have struggled under Rangnick, scoring two or more goals in a match just three times. United dropped more ground in the race for the top four with the 1-1 draw at Burnley on Tuesday night. Rangnick’s team had 22 shots at Turf Moor but left with only Paul Pogba‘s goal to show for it. United were also dumped out of the FA Cup by Middlesbrough on penalties after a 1-1 draw at Old Trafford despite having 30 shots on goal. — Rob Dawson

Barcelona have made extending Gavi and Ronald Araujo‘s contracts a priority following the closing of the January transfer window, according to sources, who concede they have both outgrown their existing deals.

Initial talks between Barca and the players’ respective representatives have revealed some differences in terms of expectations, but there’s a desire from all parties to reach an agreement as soon as possible.

Sources close to Gavi and Araujo, whose terms expire in 2023, confirm several top European clubs have made contact with regard to a possible transfer. ESPN revealed in November that Liverpool and Manchester United are tracking Araujo.

However, both players have made it clear they want to stay at Camp Nou — although they also want to be compensated in relation to their new status at the club.

Gavi, 17, signed his contract when he was 16 and part of the under-19 team. The midfielder has since skipped the B team, going straight into the first team this season, where he’s been an ever-present player under first Ronald Koeman and now Xavi Hernandez. His performances have earned him international recognition with Spain, too.

Araujo, 22, is still on the same deal he agreed when he joined the B team from Uruguayan club Boston River in 2018. Like Gavi, he’s now a regular fixture in Barca’s XI, alongside Gerard Pique at centre-back. — Sam Marsden and Moises Llorens

France head coach Didier Deschamps is planning to drop West Ham United defender Kurt Zouma following the emergence of the video of him kicking a cat, sources have told ESPN.

Deschamps was very disappointed and disgusted by the video and will not call up the ex-Chelsea man to his next squad.

“I was very surprised on Kurt’s part,” Deschamps said on French TV on Thursday. “It is unacceptable, intolerable, cruelty without name. These images are shocking and intolerable.”

Deschamps will announce his squad in three weeks for the games against South Africa and Ivory Coast that will take place at the end of March.

As things stand, Zouma will not be included. “If the squad was announced today, he would not be in,” a source told ESPN.

Deschamps is used to dealing with individual problems and reiterated his stance on Wednesday.

“It has happened that when players have made mistakes I leave them out for a while. I won’t change my way of progressing for the next list,” he added.

Zouma, 27, has 11 caps with France and was part of Deschamps’ last squad in November. — Julien Laurens

Gab Marcotti and Julien Laurens discuss the consequences facing Kurt Zouma after he was filmed kicking and slapping his cat.

Arsenal forward Alexandre Lacazette is out of contract in June, and his former club Lyon will try everything possible to bring him back to the club, sources have told ESPN.

Lacazette, 30, spent several years at the club’s academy and was with the first team for seven years before moving to Arsenal in 2017.

With 100 goals in 203 Ligue 1 appearances, he is one of Lyon’s all-time great players, and club president Jean-Michel Aulas is dreaming of signing the France forward in the summer.

Lyon are aware that there will be other clubs interested in Lacazette as a free agent, so they are preparing a huge proposal for their former captain with a big wage package, signing fee and bonuses.

They are also hopeful he will be attracted to the idea of ending his career where it all began. — Julien Laurens

West Ham boss David Moyes has said his side were “close” to making at least one signing in the January window, but ESPN can reveal just how near they were to signing Atalanta striker Duvan Zapata: one missing signature.

Sources told ESPN the deal was hastily arranged as it only became a realistic proposition a few hours before the window closed on deadline day. The presence of multiple agents on the Italian side of the transaction complicated negotiations, but nevertheless an agreement was reached and paperwork was exchanged between the clubs with sufficient time remaining on Jan. 31.

Sources involved in the negotiations claim a representative from West Ham signed the final deal sheet, as did Zapata, before it was sent to Atalanta for their final contribution to complete the deal. However, sources suggest the Italian club “went missing” as the deadline approached and then passed, meaning the deal collapsed.

To compound Zapata’s disappointment, the 30-year-old has suffered an adductor injury, which could rule him out for up to three months.

Moyes’ defence of the club’s owners in failing to strengthen the squad last month was interpreted in some quarters as a manager automatically defending his employers, but in the case of Zapata, they could hardly have done any more to get the deal over the line. — James Olley 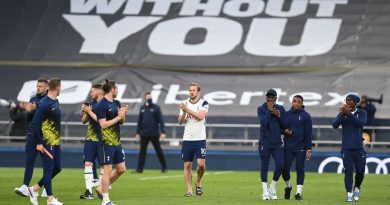 May 19, 2021 ayman022 Comments Off on Harry Kane’s desire to leave Tottenham made sense given sorry display, defeat vs. Aston Villa 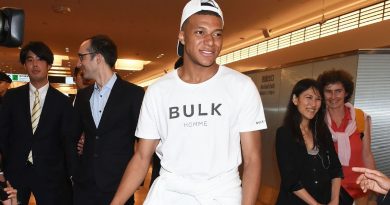 Mbappe: I could play in MLS later in career 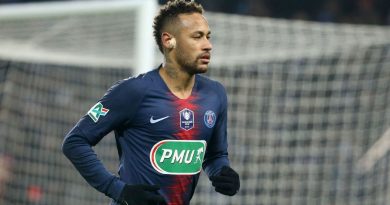