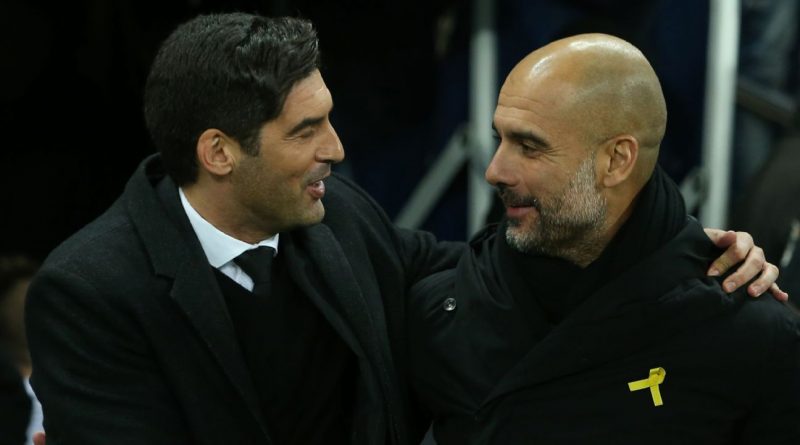 So much of the focus of the Champions League is on the big clubs with the big names from the big leagues. But what about the rest? What about the teams who may be top dog domestically and find themselves relative minnows on the European stage? How do they begin to prepare for the big boys?

Paulo Fonseca, manager of Shakhtar Donetsk will be facing Manchester City for the fourth time in two years this week. Last season, his team kept a clean sheet (and had the bulk of possession) in the first half at the Etihad, before losing 2-0. They won the return leg, 2-1, though that was in an inconsequential match against a City team packed with reserves. Last month, they fell at home 3-0, though Pep Guardiola said it was one of City’s best performances of the season.

Fonseca has won the Double twice in two seasons at Shakhtar, and is top of the league again this year with an eight point lead. But he knows the real test is in Europe. So what does he tell his players ahead of a game like this? How does he prepare?

He shared his approach in an exclusive interview with ESPN FC.

Q: What makes playing against Manchester City so hard, beyond the obvious?

A: When they have the ball, they keep the it exceptionally well. And they have so much quality. If you press them high, they have the quality at the back — including the goalkeeper — to simply pass the ball through your press. Or they can also go long and in players like [Leroy] Sane and [Raheem] Sterling they have very fast players. So you have to find another way to defend.

Q: Is it trickier because in most of your games, in the Ukrainian Premier League, you don’t have to do much defending?

A: Absolutely. It’s another challenge for us. Here in Ukraine, in most games, we spend maybe 80 percent of the time in the opponent’s final third. It’s not often that we have to defend … we are the Manchester City of Ukraine. So we have to become totally different in the Champions League against City.

However, it doesn’t mean sitting and waiting for the opponent and looking for the counter-attack. It’s impossible for me to play that way, I’ve never done it even when coaching small teams and my players aren’t used to it. So we try something else.

A: The basic philosophy is to keep our team high up the pitch but also very compact. I want the distance from my last defender to my furthest forward attacker to be short, and also the distance from one wing to the other. The idea is to be high and narrow, therefore compact, with a lot of density. That makes it more difficult for them to pass through us.

At the same time, without pressing high and losing our shape, we need to ensure they don’t go deep because, as I said, they have a lot of quality and speed there.

If we can do that, then we force their build-up play into wide areas. And that is where we can attack them and press and try to win it back. But it only works if we remain compact, with no space between the lines. It takes a lot of concentration, a lot of discipline and a lot of energy. Most of all, you have to read what they are going to do. It’s one of the most important thing I try to teach my players.

A: You study and prepare, but also you can learn from the opponent’s body language. Of course, they have so much quality, they can do unpredictable things. But if you can guess the intention of the man with the ball, your job becomes easier. Everybody is expected to do this, but there is a special responsibility for my central defenders. They can see the whole pitch and they can spot movements and threats better.

Q: And when you have the ball?

A: First of all, when we have it, we try to keep it. That’s a priority and it’s natural to us because we have a lot of it in the Ukrainian league. When you have the ball, they can’t score.

Q: Yes, but they can press you, recover the ball high up the pitch and shoot on goal after a couple of passes. City do that better than most…

A: [laughs] Yes they do! So you have to be smart about it. But we did a pretty good job of keeping it against them. When we lost last month we still had 49 percent of the ball. And last year, at the Etihad, we had most of the possession in the first half.

That first phase of build-up is so important for us, we work on it a lot. We can either pull them out of position if they press or, if they sit off us, we advance up the pitch. Most of all though, we need courage.

A: It takes courage to believe in yourself, to believe you can retain the ball and move it in a certain way, to want to play your game and keep your identity against an opponent like City. Many teams do not do that. For us, it’s crucial. It helps build our confidence and play to our strength. That’s why, I think, we’ve enjoyed some success against City, at least in terms of performance. 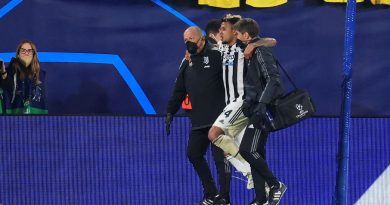 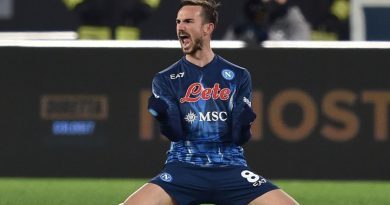 Feb 28, 2022 ayman022 Comments Off on Could Man United or Arsenal tempt Fabian Ruiz to ignore interest from Spanish giants?