For a long time one of the unsung heroes of the Ivory Coast national side, Max-Alain Gradel’s work has often gone under appreciated while some of his more illustrious international teammates stole the headlines.

Didier Drogba and Yaya Toure were both in the team when he made his international debut in 2011, Gervinho, Salamon Kalou and Wilfried Bony were more feted players when the Elephants clinched the Africa Cup of Nations in 2015, and even now, Sebastien Haller and Franck Kessie are generating more headlines and attention than the Sivasspor man.

Yet it was Gradel, playing only five days after the funeral of his father, who made the difference in the Elephants’ AFCON opener against Equatorial Guinea on Wednesday, slamming home a right-footed effort from 20 yards before dissolving in tears at the emotion of the moment.

The midfielder had vowed to his father that he would be present at the Nations Cup, where his vital role in this Elephants team — who face Sierra Leone in their second Group E bout on Sunday — has never been undervalued by his teammates.

“He’s a very important player for us in the team, and in terms of the energy of the squad,” Ivory Coast head coach Patrice Beaumelle told ESPN. “He’s a key man, and has a big role as a pillar of this team. “I’ve known him for 10 years; competed with and against him for 10 years, and while you may not put him in the spotlight, for a coach, we know that if we need Max-Alain Gradel, we call him and he’ll be there.

“He’s either always good or very good or good, he’s not a player who will have fluctuations of form, nor someone who you play without knowing if he’ll be good or not. You can start him, or bring him off the bench, and he’s always focused.”

This is a relatively fresh Ivorian team, with veterans like Gradel and Serey Die present in Cameroon alongside nine players who had fewer than 10 caps heading into the tournament.

Gradel, as a former AFCON winner, and fast approaching a century of Elephants caps, plays a vital role for Beaumelle in setting the tone for the Ivorians off the pitch, as well as on it.

“In training or in the match, he’s talking, he’s disciplined, he’s encouraging the others, he’s a really critical figure,” the head coach continued.

“They talk between themselves and this [dynamic] is very important for us.”

The 34-year-old’s Nations Cup preparations were overshadowed by the death of his father Hotete Bruno, who died last month in Abidjan following an illness. Gradel, who had vowed to his father during his illness that he would be present to represent Ivory Coast at the Nations Cup, was unable to travel to the funeral ceremony on January 8 due to coronavirus-related logistical issues.

The ex-Leeds United, Leicester City and Bournemouth man opted to remain with the Elephants in their training camp in Saudi Arabia and then fly to Cameroon, rather than return to his homeland for his father’s funeral.

“Concerning the sad news about his family, our family,” Beaumelle added. “He’s concentrated on the AFCON now.

“As we all saw, when he scored [against Equatorial Guinea], he released a lot of emotion, but the whole team were around him to show him that we are together.

“It’s going to be hard for him during this tournament, but I spoke to him and we’re confident his focus is totally on the competition. We respect him for this.”

Ivory Coast and Sierra Leone meet at 17h local time at the Stade de Japoma, Douala on Sunday, before Algeria and Equatorial Guinea go head to head in the day’s later kickoff. 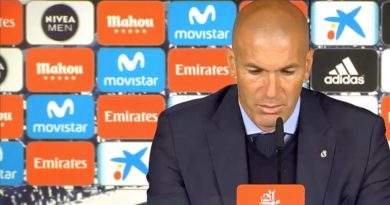 Zidane: Every big player wants to be at Madrid 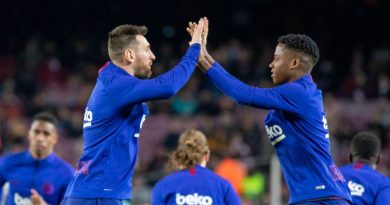 Barcelona have to prepare for life after Messi. Fati just might be the answer

Dec 8, 2019 ayman022 Comments Off on Barcelona have to prepare for life after Messi. Fati just might be the answer 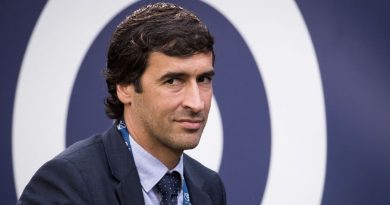