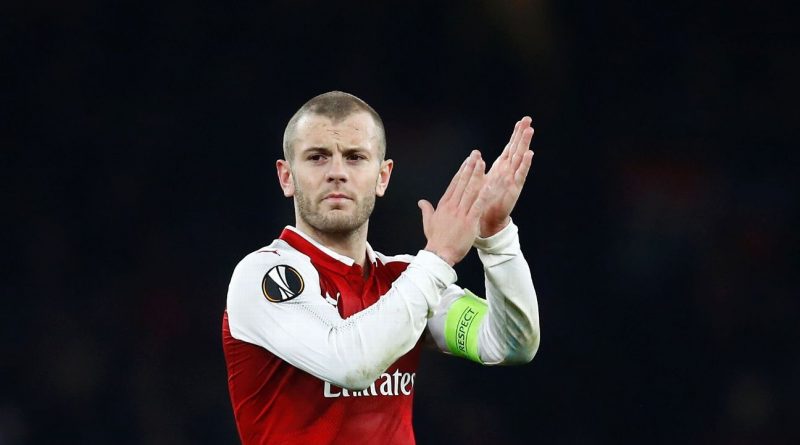 In March 2011, just weeks after a spellbinding performance which saw him dance around and through Barcelona’s historic pairing of Xavi and Andres Iniesta, then-boss Pep Guardiola tried to puncture the hype around Arsenal’s 19-year-old Jack Wilshere. “We have many players in the second team like him,” he said.

That sounded ridiculous to the ears of Arsenal fans. Wilshere wasn’t lower-league Spanish midfield fodder; he was a one-of-a-kind phenomenon, the future of English football. Over the years, though, it became progressively more difficult to maintain that belief. The future is not the future if it never arrives: it’s a fantasy.

As a football fan, or journalist, you witness many moments which lodge proudly and clearly in your memory. A title-winning afternoon, a record-breaking goal, a giant performance. But rarely does the debut of a 16-year-old have the same gravity. Especially not the debut of a 16-year-old youth teamer from Stevenage, playing in a preseason friendly at Barnet. An inauspicious context for the most auspicious of entrances.

But to be at Underhill on July 19, 2008 was to witness something special. Aaron Ramsey, then 17, made his first appearance for the club after snubbing Manchester United to sign from Cardiff for £5m and turned in a promising display. But at half-time a player who had joined from Luton at the age of nine, and had been talked of in feverish terms after a video of a wondergoal in the youth setup went viral on YouTube, was brought on.

Wilshere was a revelation as he glided across the pitch, made intelligent runs and showed off a promising range of passing. It was immediately clear this was a special player. The hype was real.

In those iridescent early months Wilshere was caught up in a whirl of achievement. By September he became Arsenal’s youngest ever Premier League player, coming on against Blackburn aged 16 years and 256 days. Ten days later it was a thrill to bear witness to his first senior goal in a 6-0 thumping of Sheffield United in the League Cup. By November, and a Champions League match against Dynamo Kiev, he was Arsenal’s youngest ever representative in European football.

This was not just a phenom who relied on a sprinter’s pace; Wilshere was intelligent. He read the game well and had a football brain. In that early flush of youth there were comparisons to Dennis Bergkamp and Liam Brady: true Arsenal royalty. And there was immense pride in the fact that Arsenal had created a player whose creative talents seemed very un-English.

He was a new kind of midfielder; the future seemed abundant. Never more so than when he produced his defining performance against Barcelona in 2011. “It’s been a crazy couple of weeks, probably the best couple of weeks of my life,” he said, with the shirts of both Xavi and Iniesta tucked in his bag like trophies.

Looking back, it is painful to concede that electric night was Wilshere’s peak, rather than the base camp from which he would explore even greater heights in the football stratosphere, taking his place alongside Bergkamp and Brady.

Wilshere missed the entirety of the following season due to injury and only returned in October 2012. The frustration was not eased by the club’s apparent inability to treat the problem. It started a feedback loop of fitness problems interspersed with bursts of form. But there were more big gaps in the record: in 2015-16 his first appearance of the season came in April. There were lifestyle issues too, with cautions by Wenger for smoking and tabloid controversies. But these were always sideshows to the real story: the debilitating run of injuries which put his progress, and career, on hold so often. It was a desperately sad to see a vibrant talent slowly eroded by fitness concerns.

Wilshere deserves credit for the way he fought his way back into Arsene Wenger’s plans last season. After a loan spell at Bournemouth he did his time in the cup completions before earning a spot in the first XI again. But with fresh impetus arriving in the shape of new manager Unai Emery, he would have had to do it all over again. As reports around his failure to make the England squad for the World Cup finals indicated, Wilshere’s energy and mobility were an issue for a less forgiving manager than Wenger.

Quite understandably, Emery wanted to chart a new path and even though it was Wilshere’s own decision not to sign the new contract on offer from the club, it is apparent from his statement that the decision was effectively taken for him as he was told he would play less.

It is surely the right decision. In truth, Wilshere represented a certain interpretation of Arsenal: the Arsenal of an always deferred future; an Arsenal characterised by technical and aesthetic prowess but physical fragility; an Arsenal that the club are trying to leave behind. He embodied an obsolete era.

Despite all this, Wilshere enjoyed a fine Arsenal career. He made 197 appearances, won two FA Cups, claimed back-to-back Premier League goal of the season awards and, in 2011, was named PFA Young Player of the Year. He was an important link between the fans and the club at a time when that bond was under assault.

Wilshere understood the nuances of the club, even if there was nothing nuanced about the way he invited crude chants about Tottenham during Arsenal’s trophy parades. In truth, it only endeared him further to a group of supporters who were emotionally invested in his career to an unusual degree; proud and forever hopeful of the return to form which never quite came.

With huge regret it must be acknowledged that, as Wilshere leaves the club on a free transfer, Guardiola was ultimately right. By the end, he was just another player. 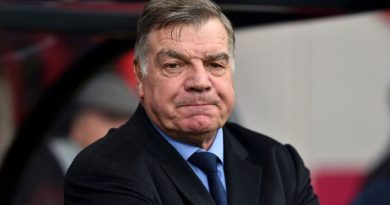 Apr 22, 2018 ayman022 Comments Off on Sam Allardyce, Everton need to do more than just avoid relegation 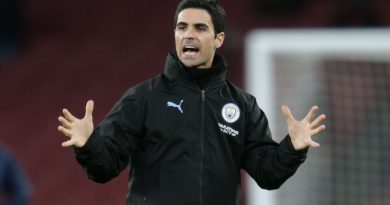 Dec 20, 2019 ayman022 Comments Off on Arteta remains a gamble but it’s time for Arsenal to roll the dice 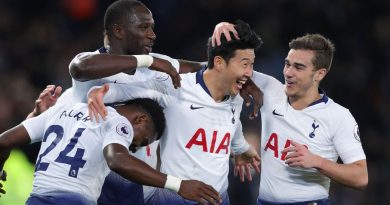