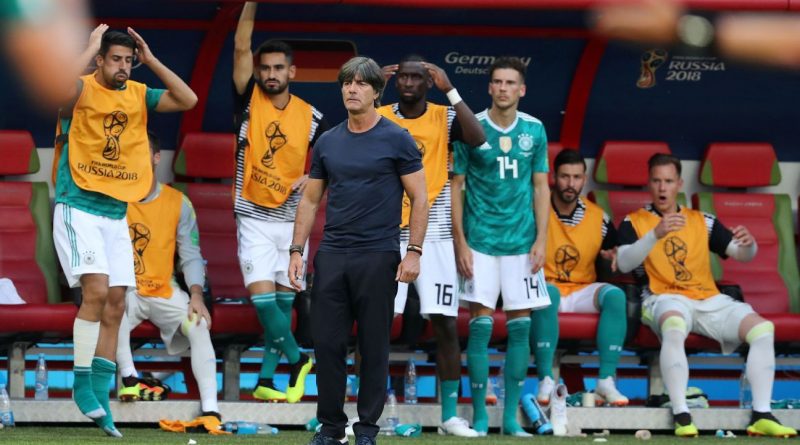 Under normal circumstances, a football manager admitting that he had adopted the wrong tactics in a fit of “almost arrogance” and that he had also wholly failed “to light the touch paper” when it came to the right attitude in the dressing room would have been forced to resign his position. But Wednesdays’ 110 minute-news conference in Munich turned the usual dynamic on its head. Joachim Low’s public and visibly uncomfortable mea culpa was the high price the 2014 World Cup winner had to pay for being allowed to continue in the job.

The 58-year-old’s long-awaited analysis of Germany’s dismal showing in Russia was low on surprises, in fact it only served to confirm what had been all too apparent. As Low explained with the help of a rather austere PowerPoint presentation, Germany’s possession game had been too slow, too static and too dangerous, in terms of lacking defensive balance.

“My biggest mistake was to almost arrogantly believe that we could get through the group stage with our dominant possession game and then adjust for the knock-outs,” Low confessed. “I wanted to perfect our possession play, I carried it too far. We lost the happy medium that we had in 2014.”

Having won all 10 qualifiers, Low conceded that he had been guilty of underestimating the quality opposition in the group stage — specifically that of Mexico — and of the danger of losing the opening game. Most interestingly, he added that possession football taken to such risky extremes would be better suited to “long run” league competitions, not knock-outs, where the margins of error were much smaller.

Contrasting the fortunes of Manchester City, Barcelona and Paris Saint-Germain with triple Champions League winners Real Madrid, Low felt that a slightly more flexible approach, the ability to relinquish the ball without relinquishing control, offered a better way forward for his team. Playing with only two central players in front of a back four with two high full-backs, none of whom were defensive specialists, looks positively foolish in that light now.

A sudden dearth of holding midfielders at his disposal will make pivoting to a more pragmatic set-up not exactly straight forward, however. Low’s squad for the upcoming games against world champions France and Peru included no obvious “Sechser“, as Germans call the position. Speculation will therefore grow that Bayern Munich’s Joshua Kimmich, a right-back for club and country, might be re-installed in the centre, where the 23-year-old used to play early in his professional career.

Re-kindling the fire in the national team’s players will present some difficulty, too. No one can doubt that the manager and his men will find strong motivation in the need to make amends for the Russian disaster. But it’s far less clear that Low, a coach who has always valued harmony over conflict and was too self-absorbed to deal with the lack of unity in the dressing room, can impose the sort of discipline and team-spirit that perhaps came more natural to the 2006 generation of Per Mertesacker, Philipp Lahm and Bastian Schweinsteiger.

On top of that, team manager Oliver Bierhoff, 50, could really do with a younger understudy to play the bad cop to Low’s good one in a dressing room of very confident, highly-paid youngsters. But instead of the “severe changes in personnel” that German FA president Reinhard Grindel had demanded six weeks ago, the only high-profile casualty is assistant coach Thomas Schneider, who has been demoted to the scouting department.

Bierhoff’s vague pledge to “re-evaluate” the universally unloved Die Mannschaft marketing-moniker adopted after the 2014 triumph — nobody calls the Nationalmannschaft that in Germany — following “a consultation with stakeholders” unwittingly brought the main imbalance of the duo’s presentation into sharp relief: it was heavy on analysis and self-blame, but rather light on convincing solutions.

Low was guilty of undermining the sense of a new beginning, as well, by implicitly criticising Mesut Ozil for his failure to communicate his resignation directly (“I was only told by his agent”) and, worse still, becoming the latest national team representative to knock-down the same straw-man. “Mesut went too far in claiming racism,” he said, “there were never any hints of racism or racist comments inside the team.” Ozil, to be sure, had never claimed as much; he had specifically pointed the finger at racist politicians, “certain newspapers” and Grindel instead. Bierhoff at least made the obvious point that “no Germany player should be subjected to racism” but like Low, he also went on to deny an allegation that Ozil had not made. “We repudiate that there was racism inside the team and in the German FA,” he said.

The duo’s willful failure to engage with the Arsenal midfielder’s specific allegations cannot be excused by mere ignorance. It’s a cowardly cop-out, designed to discredit Ozil and to stifle a debate that comes at an inconvenient time: Germany’s bid for Euro 2024, to be voted on in two weeks’ time, is headlined “United by Football” after all.

Low and Bierhoff dismissing the 29-year-old’s experience will be music to the ears of all those who prefer to look the other way or, as in Bild’s case, consider snide comments on his “otherness” as fair game. Perhaps playing to the influential tabloid’s tune too is a price Low and Bierhoff simply have to pay in the wake of 2018’s catastrophic summer. 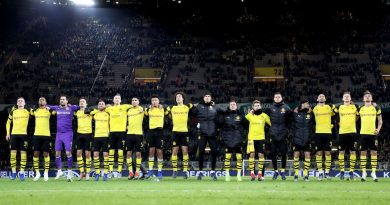 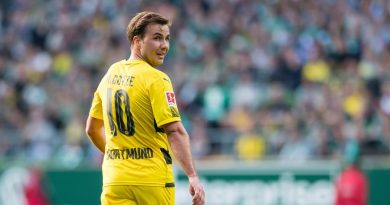 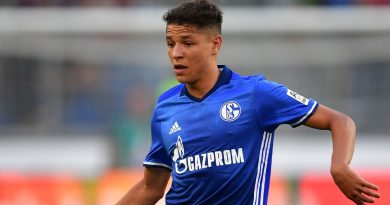