A U.S. District Court judge has ruled in favor of the USSF, dismissing the anti-trust portion of a lawsuit filed by soccer promoter Relevent Sports Group over the holding of official league matches from foreign leagues here.

U.S. District Court judge for the Southern District of New York, Valerie Caproni, also ruled that Relevent could take its claims of tortious interference with business relationships to an arbitrator.

Relevent has staged friendly matches involving foreign clubs in the past, and is the organizer of the International Champions Cup, a preseason tournament involving clubs from around the world. Relevent has tried to expand its business by seeking to host league matches from Spain’s La Liga as well as Ecuador’s Liga Pro in the United States. But such an event requires the approval of the national association of the teams involved, the national association of the host country, the confederations of the participating and host countries, as well as FIFA.

Relevent issued the following statement: “If this decision is permitted to stand, it will undermine the ability of the antitrust laws to protect US consumers against agreements to divide up world markets and restrict competition and choices in the United States. Our leagues have played abroad for decades creating generations of new international fans, and US fans deserve the same opportunity to watch the best players here.”

In October of 2018, FIFA announced a policy that prohibited the staging of official games outside the participants’ home territory. The USSF deferred to FIFA’s guidance and denied sanctioning Relevent’s request.

Relevent responded by filing an anti-trust lawsuit in September of 2019. The suit alleged that the USSF conspired with FIFA and Soccer United Marketing, the commercial arm of Major League Soccer, to prevent matches from foreign leagues from being held in the U.S. Both FIFA and SUM were named as non-party co-conspirators in the court filing. SUM is a competitor of Relevent in the market for promoting international soccer matches in the U.S.

In July of 2020, the suit was dismissed without prejudice, but two months later Relevent added FIFA as a defendant and refiled its anti-trust claim. That portion was once again dismissed on Tuesday.

Relevent alleged an “anticompetitive market division agreement” between the USSF and FIFA to limit the hosting of official games in the U.S., as well as an “unlawful vertical agreement” between FIFA and all national associations worldwide. Relevent also alleged the existence of an unlawful horizontal agreement “between and among MLS and the other top-tier men’s professional soccer leagues and teams,” as well as their “respective FIFA-affiliated ‘National Associations.'” Relevent alleged that the intent of the agreement was to “adhere to the FIFA Policy and to boycott leagues, clubs, and players that participate in unsanctioned games in the United States.”

But the court ruled that the USSF’s adherence to FIFA policy, without additional factual allegations, wasn’t enough to prove that the USSF entered into an unlawful agreement with FIFA to “restrict output.”

The court reached a similar conclusion as it related to the allegations of a “horizontal agreement.” Caproni ruled that “At the outset, the Amended Complaint nowhere specifies with which of the leagues, teams, and National Associations USSF purportedly conspired, a deficiency this Court also identified in its prior opinion.” 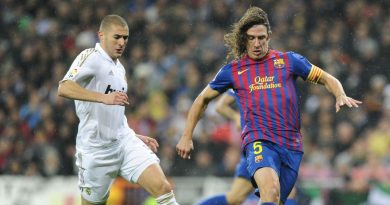