Midfielder Saul Niguez is determined to leave Atletico Madrid this summer, and Juventus lead Manchester United in the race to sign him, according to Marca.

Despite Atletico’s recent La Liga title, Saul is still intent on leaving the club and instead wants to take “another direction in his career.” Saul has won the Copa del Rey, Europa League and UEFA Super Cup in addition to La Liga in a glory-laden nine-year spell at Atletico.

Juventus are the side who seem most keen to sign him, although that may change if the club’s management changes, as expected, with Massimo Allegri rumoured to be taking over from Andrea Pirlo. Juventus aren’t the only side keen, however, and Manchester United are also said to be in the running, with Ole Gunnar Solskjaer desperate to strengthen his squad.

Atletico expected a transfer fee of €70 million for Saul in 2019, but now they’re open to offers that “satisfy all parties.” Saul himself is reportedly demanding wages in the region of €7m a season, which may prove too rich for United. The Red Devils have been linked with the 26-year-old in the past few summers, but with the player keen to leave on this occasion, they could be closer than ever to landing their long-term target.

– Manchester United are to make an audacious bid to sign Atletico Madrid goalkeeper Jan Oblak, according to the Sun. The report states that United are looking to solve their goalkeeping crisis by swapping Oblak for David de Gea. Twenty-eight-year-old Oblak would command a transfer fee of around £70m, but United believe they can lower that fee by sending De Gea in the opposite direction. De Gea, who missed the crucial penalty against Villarreal, came through the ranks at Atletico.

– Manchester City have made Jack Grealish their primary transfer target this summer, and they’re prepared to bid up to £100m in an effort to land their man, according to the Mail. City boss Pep Guardiola is said to be a longtime admirer of Grealish, and the Catalan coach wants the 25-year-old to be the hub of City’s midfield going into the 2021-22 season. Grealish still has four years to run on his contract at Aston Villa, which was renewed last September, meaning City will have to pay a premium to get him out of Villa Park.

– Hakan Calhanoglu appears likely to leave AC Milan this summer as the end of his contract nears, and though his likely next destination is still unknown, Liverpool are said to be interested, according to Calciomercato. The 27-year-old attacking midfielder has had offers from Qatar but would seemingly rather play at a higher level. Juventus had expressed interest but there’s a lot of change in Turin, while Liverpool are said to have made contact with Calhanoglu’s representatives, although there has been no firm offer as yet.

– Paris Saint-Germain have approached AC Milan with an offer for left-back Theo Hernandez, according to Footmercato. The two clubs are yet to agree a deal, however, although the French runners-up have intensified negotiations in the past few days. The 23-year-old is contracted to the Rossoneri until June 2024 and Milan are in no rush to let him leave. However, after having scored eight goals and offering eight assists in 45 matches, the former France youth international is a wanted man in the French capital.

– The latest managerial rumour sees Barcelona president Joan Laporta confident he can persuade Pep Guardiola to return to the club, according to AS. The Barca boss plans to call the Manchester City manager after the Champions League final in an attempt to lure him back to Camp Nou. Even if Laporta has to wait until the start of the 2022-23 season, he is said to been keen to try to persuade the former Barca boss to return to the Catalan capital.

– Brighton & Hove Albion are keen to land Arsenal striker Eddie Nketiah, which could see midfielder Yves Bissouma move in the opposite direction, according to the Sun. The Gunners are one of many clubs interested in the talented 24-year-old Bissouma, but Arsenal are hoping Graham Potter’s interest in Nketiah might make a swap deal possible. Brighton are looking for attacking reinforcements and see 21-year-old Nketiah as perfect competition for the likes of Danny Welbeck, while Arsenal need to strengthen in midfield. 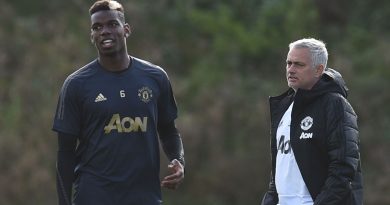 Hislop: Juventus match too big of a stage for Man United

Oct 23, 2018 ayman022 Comments Off on Hislop: Juventus match too big of a stage for Man United 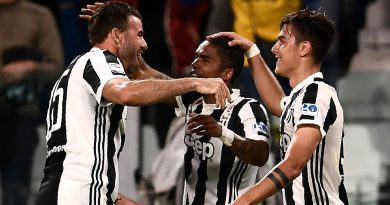 May 9, 2018 ayman022 Comments Off on Juventus refusal to lose will be key in Coppa Italia final against AC Milan