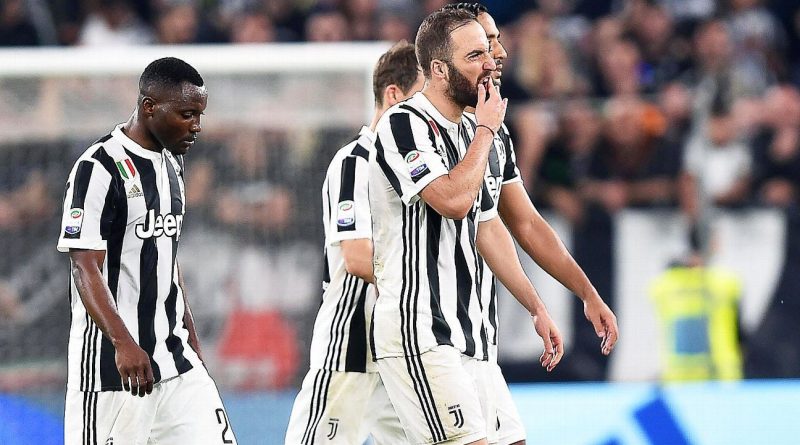 It’s been an emotionally turbulent few weeks for Juventus. They lost to Real Madrid in the final moments of a momentous Champions League clash, suffered the backlash on account of Gianluigi Buffon’s comments about a late penalty call, managed only a draw against lowly Crotone and lost at home to Napoli to slice the gap at the top of the Serie A table to a solitary point.

As if that defeat wasn’t hard enough to swallow, reports have since surfaced of Buffon’s alleged argument with Medhi Benatia, the defender at fault for Kalidou Koulibaly’s last minute winner last Sunday evening. We will never know the truth of what happened, it seems highly unlikely that it would have lasting repercussions on the unity of the squad.

What is interesting is how Juventus react to rumours that some suggest are made to destabilise a footballing giant that seems a little vulnerable these days.

It’s been made abundantly clear that many wish for Napoli to win the Scudetto because they either want a change, appreciate Maurizio Sarri’s football or simply dislike the Old Lady. What is also true is that Juve face harder matches in these last four remaining games of the season and it doesn’t get much harder than the Derby d’Italia.

Juventus travelled to Milan and are set to face Luciano Spalletti’s Inter on Saturday evening at San Siro. They have been bruised, beaten and are set for even more brutality as they face the challenge of their lives to claim their seventh Scudetto in a row. Only a win will do after such a difficult period and Massimiliano Allegri is hoping his side play with the aggression and intensity required to score the goals and win the points.

Interestingly it seems he won’t be calling upon Paulo Dybala for the match as the Argentine is likely to start on the bench. A poor performance against Real Madrid followed up by an anonymous one against Napoli has seen many wonder about the player and if he can live up to his undeniable potential.

Maurizio Zamparini believes Serie A is too tactical and therefore hindering the player from expressing his full capabilities. In truth, he’s probably not wrong. Dybala would perhaps perform better in La Liga, as his former president suggested, or even in the Premier League where space is more available considering the attacking nature of those leagues.

Serie A is a league that affords attackers few spaces thus forcing them to seek out different ways in which they can impose their abilities. Forwards must think more as once they have possession, they are immediately presented with an organised and tight defence and have to then consider what they should do next. In England, as an example, the pace of the game and the attacking nature of clubs helps good forwards uncover and exploit spaces quicker meaning less time thinking what the next move should be and more reliance on instinct.

While Serie A may stop Dybala from fully unleashing, it is also teaching him to be great, if he heeds the advice of those around him. Gerard Houllier credits Italy for “transforming” Zinedine Zidane. “In Italy he acquired the physical and mental strength to become more assertive, a genuine playmaker.”

But that is not all. In Italy the likes of Zidane learned how to create space for themselves, how to get out of trouble and how to rely on their skills to navigate tough tactical situations. Serie A forces players to grow up and few clubs offers players more exposure than Juventus, a side that challenge on so many different fronts and play against so many different styles of football, both domestically and in Europe.

The very best shine in whatever league they play in and don’t need teams and clubs to adjust and adapt to their capabilities, it is they who must learn and evolve. If Zamparini truly believes Dybala is comparable to Lionel Messi, at least in terms to raw talent, then surely Dybala will make his mark in Serie A, if not now then soon.

However, time is running out for the Argentine to prove he’s up there with the elite and it remains to be seen if he’s learning from his mistakes. The second leg of the Champions League tie against Real Madrid proved how well Juve can play as a team without the creative player especially considering Douglas Costa’s growing influence. Dybala must ensure he’s not displaced.

Costa is expected to line up alongside Gonzalo Higuain and Mario Mandzukic in a 4-3-3 formation against Inter on Saturday evening and he will need to recreate the magic he managed against Sampdoria and Real Madrid, pushing back their lines to ensure dominance.

No matter the formation, or the personnel picked, what Allegri must ensure is that his players make a statement in this big match and prove they are indeed united, unflustered and experienced enough to handle the pressure. It won’t be easy, as this is a sell-out match with fans flocking to watch the most anticipated Derby d’Italia for some time. 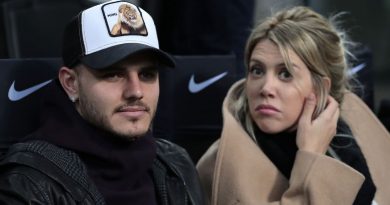 Mar 6, 2019 ayman022 Comments Off on Inter Milan hold cordial talks with Icardi not in squad to face Eintracht Frankfurt 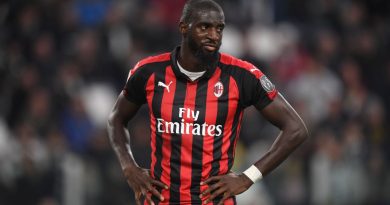