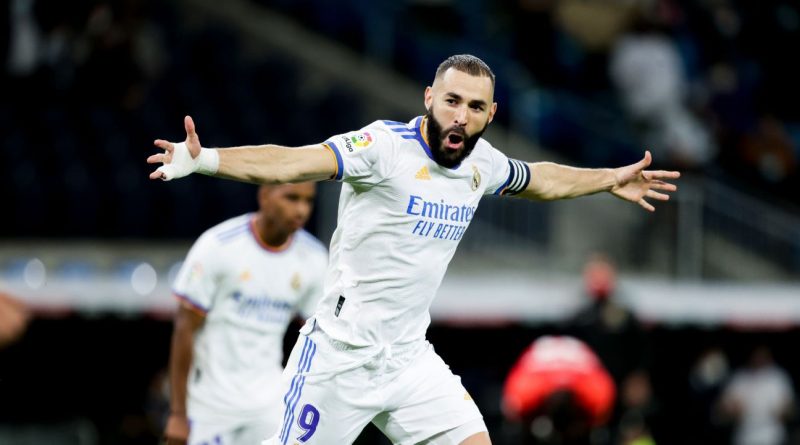 MADRID — Maybe the secret is in the drink. Karim Benzema has just finished training at the Ciudad Deportiva, Real Madrid‘s training ground in Valdebebas, on the outskirts of the Spanish capital, not far from Barajas airport. After changing into a neat black trousers / amber polo designer combo for his interview with ESPN, he drains a bottle of coconut water.

It’s a typically hot day in Madrid, and his choice of drink might surprise you. Not if you know Benzema. Coconut water is filled with potassium, sodium and magnesium, a perfect way to hydrate after training or after a match. It’s also low in calories and fat-free. Everything the 33-year-old Frenchman does is to optimise his performances. He has become obsessive about fitness, recovery, preparation and well-being; the discipline of self-care. It’s fair to say that the older Benzema gets, the better he is as a footballer.

“Physically, I feel good. The more time goes by, the better I feel,” he tells ESPN. “It is a lot about experience and from 30 years old, the invisible work. Everything you do after trainings, when you get home. The seriousness, the professionalism. It is just learning. Learning to like all the work, not just the pitch and the football. It is loving the work in the gym, to rest well, to eat well. To work on your day off.

“You learn to like it. You don’t force yourself to do it — you like doing it. I go to the gym because I like it. There are moments where I am tired and I don’t really want to go, but because I like the work and I know it will make me better, I do it,” he explains.

Lionel Messi‘s move to Paris Saint-Germain this summer has pushed Benzema even further into the spotlight. He’s not only the most recognizable face of El Clasico, but he’s the face of LaLiga, even at his age (he will turn 34 at the end of December). While Real Madrid and Barcelona are both navigating difficult transitions, for Benzema, the clashes between the two giants remain the biggest games in world football.

“I have been playing Clasicos for a while. This will be my 37th! I approach the game knowing that it’s Barcelona, with everything surrounding the game, but I am focused. I want to win it,” he says.

There are individual prizes in his sights, too, beyond the vision of collective glory in Madrid. At this late stage in his career, Benzema has never been as strong as he is now. He has never been as consistent, as efficient, as important; he’s never been so close to winning the game’s highest individual honor, the Ballon d’Or.

He is in the running with Lionel Messi, of course; Robert Lewandowski, who scored for fun all year; Jorginho, who won the Champions League and the Euros less than two months apart. But Benzema won the Nations League and boasts a remarkable consistency for club and country. No-one had more goals and assists than him in 2021 — 31 goals, 12 assists for club and country — when we did the interview. No-one had scored more in the “Big 5” European leagues this season, which is spurring his dream of becoming the first Frenchman since Zinedine Zidane, 23 years ago, to win the prestigious award.

“It’s been a dream since I was really young,” he says. “It is a motivation, too. Just to make it onto the list of 30 nominees is already satisfying.

It has always been an objective, always in the back of my mind. When Cristiano Ronaldo won it in the past and got it on the pitch at the Bernabeu, I was happy for him, of course. Happy to be in his team and then you have to think: ah yes, I want to win it too.

“I can say that I’ve never been so close to winning it thanks to my performances, what I’ve been doing in the past three or four years here,” he continues.

The Ballon d’Or is not an obsession for Benzema; it is an ambition. Like playing for Real Madrid, “the biggest club in the world” was always an ambition of his. Like winning with Real Madrid was an ambition too — winning three LaLiga titles, four Champions Leagues — and cementing his place in the club’s history, with 201 goals since arriving at the club in 2009. Like playing for France again and winning trophies with his country, becoming an idol for the younger generation. The Lyon-born and bred striker has achieved all of that.

“They are stats and nowadays, we talk a lot about stats. But me? What I love and what I enjoy is that today, we look at my stats but also at what I am doing on the pitch. On passes, on movement, on actions, on controls, on runs, that’s what I am loving the most. In the past three or four years there is this consistency, especially in big games, when my team needs me, I am always there, helping them. That’s what fulfills me the most.”

“I play freely, I play the football I love.”

The love of the game is something that comes up a lot — that pleasure will always be the main reason he’s still playing at the top level. But perhaps most important in all of this is that Benzema is finally getting the recognition for everything he’s been doing at Real Madrid for many years, often overlooked during the Cristiano Ronaldo era.

“I knew what I was bringing to that team. Today, we can say that I am bringing more in terms of stats, but my game has not changed,” he says. “Of course, I appreciate the recognition today. When everyone in the football world acknowledges what I’m doing at the moment and I’ve been doing for one, two, three or four years, the consistency, it makes me proud.”

As Luka Modric leaves the training ground and walks past Benzema, he could not help himself: “Balon de Oro,” he says, smiling. The Croatian maestro knows what he is talking about. He won it back in 2018, at the same age Benzema is now.

Everyone at Real Madrid, from current players to former legends, is backing Benzema in the race for the ultimate solo prize. He’s not unique in that he’s getting better with age; look at Ronaldo or Zlatan Ibrahimovic, both of whom have scored more since turning 30 than they did before. Benzema is the same.

Karim Benzema believes he is “not far” from achieving his dream of winning the men’s Ballon d’Or.

So what’s behind his late brilliance? The talent’s always been there. There is the more “invisible” part of the game, not measured by stats, but maybe the biggest key for Benzema was the departure of a certain mega-star. Ronaldo’s exit from Real Madrid in July, 2018, helped open a path for the French forward, but he doesn’t talk about his time with the five-time Ballon d’Or winner with bitterness or frustration.

“When you play with a guy who scores 50 or 60 goals a season, of course you’re at the service of the team, but you’re at the service of the player too. I had to adapt. I had a very good connection with him. Once he left, it was down to me to take a step forward and show that I could make the difference too,” he continues. Benzema has been carrying this Real Madrid side ever since, hitting 74 league goals since the start of the 2018-19 season.

Of all the players who have ever played this game, if there was one he could team up with today, it would be the Brazilian striker Ronaldo. Benzema grew up idolising Ronaldo, “the greatest” according to him.

“Ronaldo is only forward for whom I would accept to be on the bench! It is thanks to him that I started doing step-overs, the same movements as him even if he did them 1,000 times quicker. He made me love football. There was Zizou [Zinedine Zidane] as well but in my position, Ronaldo is the one who revolutionised the role of a forward. For me, he is the complete forward, a role model and if you want to learn something on a striker, you have to watch R9.

To see Ronaldo posting a message in support of him for the Ballon d’Or race with the photo of their first meeting, in 2009, was special. “Look how young I am…” he says.

“When I came here in Madrid, I was a bit on my own. It was tough. It is really tough. It is down to my mental strength. For me, as long as I am not an undisputed starter, I am not performing or people don’t appreciate my game, I won’t give up — I won’t let go. We are all more or less the same [at Madrid], football-wise. We can all make a pass or score a goal. But the mental element is finishing a game, enjoying it for a bit and then already thinking about the next game, how to prepare, how to play. That’s my approach.

“As soon as I finish a game, whether it was good or bad, I already think about my recovery and what I will do in the next match. Straight away. We play one evening at 9 p.m. and the next morning, it’s forgotten,” he says. “[Real Madrid] is a great club. It is demanding, the pressure is at the highest. I can’t rest on my laurels and say oh it’s OK, last season I scored 30 goals so this season, I will take it easy. It doesn’t work like this, and that’s what motivates me every time.”>

So what does the future hold for Benzema? His contract expires in June, 2023. He’s got plenty of time to think about what he will do next, though it doesn’t seem to be stressed.

“I take year by year. As long as I have this desire, this joy, and I am loving football, I continue. I don’t look at age or what is happening. It is all down to how I feel physically. I will never force it. I am 33, I will turn 34 in December. I continue to play, I feel better and better so I have to continue. And to make the most of it,” he says.

“I like the USA. Football is getting better and better there. But am I telling you I will sign there? Right now, I am in Madrid,” he says, smiling again.

After almost an hour together, also talking about music, French TV series (recent favorites: Validé and Family Business) and President Macron’s performance in the charity football match he played in the day before our interview, Benzema can finally go for lunch. Later, he will add two more gym sessions at his house, a special recovery treatment, more massages and more preparation for the games to come.

Benzema’s path to the top, staying there this long and getting this close to the Ballon d’Or, is not because of coconut water. It’s because of all of that. 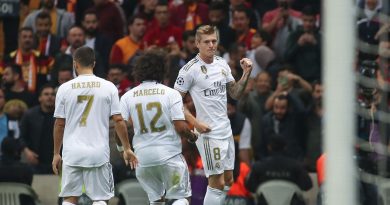 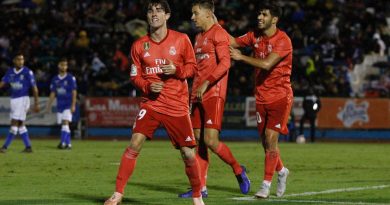 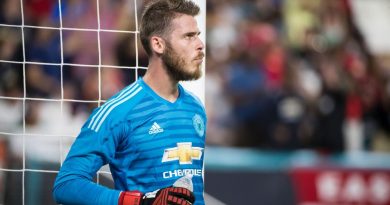