Leeds United‘s returning striker Patrick Bamford struck in added time as they snatched a 2-2 Premier League draw against Brentford in a high-intensity match at Elland Road on Sunday.

Making his return from an ankle injury, substitute Bamford fired the ball into the net off the crossbar following a corner after Brentford’s Sergi Canos and Shandon Baptiste scored to give the visitors a 2-1 lead.

Canos collected a pass from Bryan Mbeumo and smashed the ball past Leeds goalkeeper Illan Meslier in the 61st minute, shortly after midfielder Baptiste opened his account for Brentford with a controlled strike.

Earlier, Leeds striker Tyler Roberts netted his first of the campaign, meeting Raphinha‘s whipped cross with a sliding finish to give Alvaro Fernandez no chance in the Brentford goal.

Leeds lost captain Liam Cooper to a hamstring injury in the 15th minute while Kalvin Phillips was substituted after sustaining a calf problem after the break, and hosts struggled to cope with their absence.

Marcelo Bielsa’s Leeds were denied a second league win this week following Tuesday’s 1-0 victory over Crystal Palace while Brentford, who began the season well after winning promotion, missed out on a second victory in eight games. 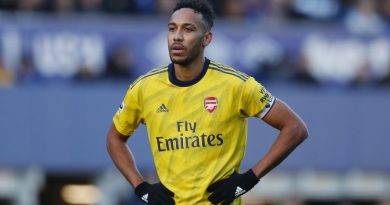 Messi’s move, Ronaldo’s return and more in best images of 2021-22 season so far 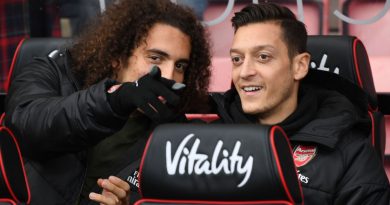 Nov 26, 2018 ayman022 Comments Off on Emery: Arsenal have more physicality without Ozil