Chelsea cemented their place in the Premier League’s top four and dealt another major blow to Leeds United‘s survival hopes with a 2-0 win at Elland Road on Wednesday.

Just as in their defeat to Arsenal on Sunday that dropped them into the bottom three, Leeds conceded a goal and went down to 10 men in the first 30 minutes.

On this occasion, it was Mason Mount who found the net, after just four minutes. Daniel James then saw red in the 24th minute for a horror challenge on Chelsea midfielder Mateo Kovacic, who was soon forced off the field just three days before the FA Cup final.

Leeds prevented further damage until half-time but Christian Pulisic effectively sealed the three points for Chelsea with a low strike into the corner of the net 10 minutes into the second half. Romelu Lukaku, after missing a couple of headed chances earlier on, then got on the scoresheet late on to complete a miserable evening for Leeds fans.

“We talked about keeping it 0-0 as long as possible but I thought we were aggressive and the game still was there for us at 0-1 — the red card changes the match,” Leeds boss Jesse Marsch said.

“The guys are gutted because we are not giving ourselves the chance we want to. Our guys do everything they can, fight for each other, to keep ourselves in this league. We have to do everything we can to be ready for the next challenge on Sunday.”

The result will ease Chelsea’s fears of losing grip on a place in the top four and a Champions League berth for next season. Thomas Tuchel’s side remain third but now have a four-point gap over Arsenal and an eight-point gap to Tottenham, although both have an extra game to play — against each other on Thursday.

Leeds, meanwhile, stay in 18th, level on points with Burnley but with an inferior goal difference and two points behind Everton, with both having three games left to Leeds’ two.

Coming into the match, Leeds had conceded 34 home league goals this season, their most in the top-flight in a single campaign since 1959-60.

Lessons had not been learned as Mount was left all alone to break the deadlock. The fourth-minute goal was the earliest Leeds have conceded in a Premier League match since December 2020.

In a moment of carelessness, James scythed Chelsea midfielder Kovacic needlessly down on the halfway line and was handed his marching orders, meaning he will miss the rest of the season.

Belgian striker Lukaku, who has endured a difficult season after joining Chelsea from Inter Milan, then went close to his third goal in his last two matches with a header that flashed just wide.

Leeds offered no attacking threat in the opening period, finishing the half without having had a shot on target, causing audible frustration from all around Elland Road after the break with more errant passing.

Chelsea went ahead 2-0 when Mount flicked the ball into Pulisic, who was left free to pick his spot.

Lukaku capitalised on more poor defending from the hosts to make it 3-0 as frustrated Leeds fans headed for the exits seven minutes from time.

“I was very happy with the level of performance overall,” Tuchel said. “We were very strong when it was 11 against 11, and obviously you have an advantage after their sending off.

“But at the same time the level of focus has to stay high as Leeds will never stop fighting.

“It was necessary to change things after the run we had been on, we needed to step up. We did this as a team, we did our stuff on a much higher level than in the last few matches.” 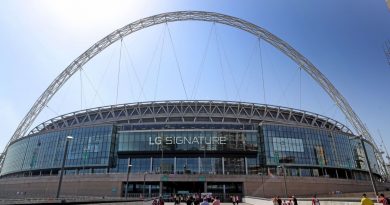 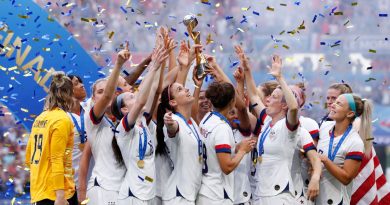 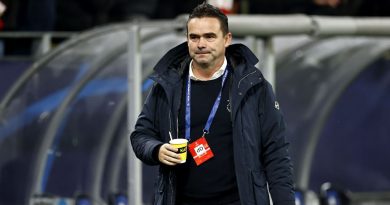