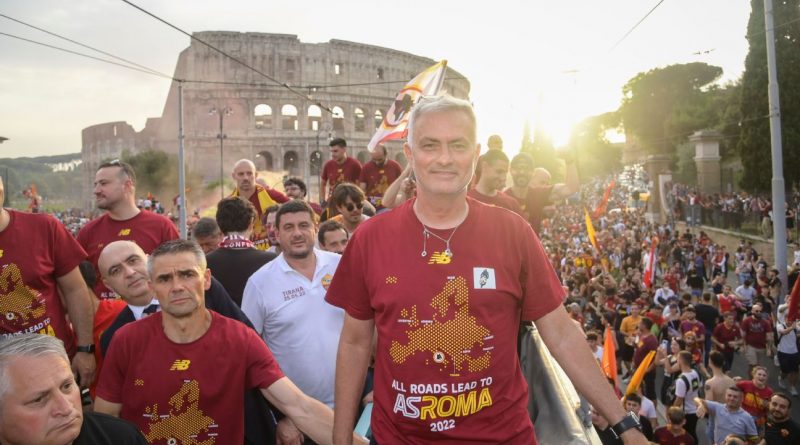 Economists use something called a consumer sentiment index to gauge how folks feel about themselves and their prospects. If there was a football equivalent, Roma’s would be through the roof. After all, on a random Tuesday night deep in the summer doldrums of sun-baked Rome, some ten-thousand showed up to welcome Paulo Dybala to the Eternal City.

Maybe there’s a lesson in there somewhere. Maybe whether you’re happy as a fan and feel good about your club isn’t strictly tied to results, but rather to the emotions it fosters. If you commit, you get transported away and have a rip-roaring time, especially when the man in charge is Jose Mourinho who proved, not for the first time, that he can whip up enthusiasm and generate buy-in from players, supporters, and local media like nobody else.

Let’s remind ourselves. This was essentially ten thousand people in a city largely empty apart from tourists in the middle of a heat wave coming together to watch Dybala walk out of a building and wave after signing on a free transfer. Dybala…a gifted player, sure, but not prime Lionel Messi or Cristiano Ronaldo. Rather, a guy who Juventus let walk as a free agent rather than matching his contract demands.

This is where reason and gut sentiment go their separate ways, just as they did for most of last season. For many Roma fans right now, Mourinho walks on water, just as many beancounters turn up their nose.

The latter would tell you that, sure, Mourinho’s Roma improved year on year in his first season, but it was by a single place in the table (from seventh to sixth) and by a single point (from 62 to 63). And this was after spending more, in net terms, than all but two teams in Europe (Arsenal and Manchester City). Sure, they won a European trophy for the first time in sixty-plus years, but, on the other hand, it was the Europa Conference League and they lost to Norwegian side Bodo Glimt (twice) along the way.

They’d go further and tell you that, after starting the season more proactively, Mourinho’s football went back to what it was: generally safety-first and somewhat out-of-step with the high press/possession style favoured by most of Europe’s top sides. They’d question whether the slight progress in results justifies the massive financial outlay (not just the summer spending, but the fact that Roma had the fourth highest wage bill in Serie A and Mourinho is the second highest paid coach in the league, meaning you expect the bar to be higher).

They might wonder why folks are so excited by the newcomers: the oft-injured and inconsistent Dybala (who turns 29 in November), the equally injury-prone and lately lacklustre Nemanja Matic (who is 34 on Monday), and Turkish defender Zeki Celik (decent player, but, at 25, we’ve already seen he’s not the next Cafu). And they would probably be right. But, sometimes, more than one thing can be true. Equally true is the fact that, right now, Mourinho has the city in the palm of his hands. And they’re absolutely loving it.

It’s not easy to put your finger on it. Yes, the Europa Conference League victory helped — it’s nice to win a trophy — but Mourinho had cemented his grip on the team well before that. Besides, the year before, 2020-21, they also went on a European run, reaching the Europa League semifinal (beating Ajax and Shaktar along the way) and nobody was lionising his predecessor, Paulo Fonseca (despite the fact that he had far less to work with).

There’s more to it than that. More than Mourinho whipping up crowds on the sidelines and delivering chest-thumping soundbites post-game. More than Tammy Abraham’s 27 goals, Lorenzo Pellegrini’s driving runs, more than the glimpses of Nicolo Zaniolo’s unique skill set.

We witnessed Mourinho do what he does to huge effect in his first stint at Chelsea, throughout his time at Inter, and for part of his time at Real Madrid, Manchester United, and Tottenham. We saw him connect with the fans and the team in a way very few managers — even successful ones — do and that in itself can become a self-fulfilling prophecy, as a kind of multiplier effect on the club. Not just in terms of results — again, in the cold, hard, light of day, Roma haven’t turned into a super club in a single season — but in terms of what fans believe is possible.

And, when you think about it, that’s the crux of fandom. What you believe is possible. It’s a sales job, sure, but ask any leader — whether in the military, the business world or politics — and they’ll tell you half the job is getting folks to believe in what you’re telling them to do.

Will it last? Again, rationally, we in the media will point to how it ended at Chelsea (both times), at United, at Spurs, at Real Madrid (basically everywhere bar Porto and Inter, clubs he left on the back of winning the Champions League) and suggest it will end badly, though they might win something along the way.

But, guess what? Roma believe and so do Romanisti. That’s what matters. The past may be prologue, but the future is unwritten. And most Roma fans right now, thanks to Mourinho, see it as so bright that they wear shades.

The broader lesson? There’s value in that belief. The feel-good factor is a thing. Fans at clubs that, on paper (and in reality) are considerably better than Roma (from Manchester United to Atletico Madrid, from Juventus to Chelsea) are dealing with far more doubt and insecurity than Mourinho’s flock is. 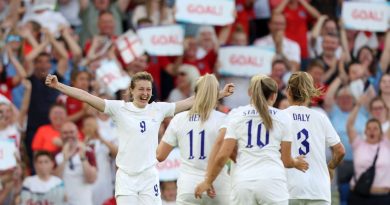 Jul 15, 2022 ayman022 Comments Off on How Ellen White’s scoring touch has her on the verge of surpassing Wayne Rooney’s England goal mark 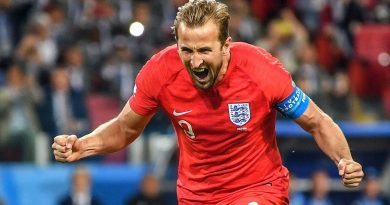 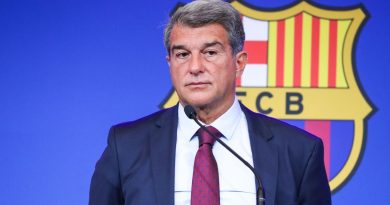 No regrets, club over players