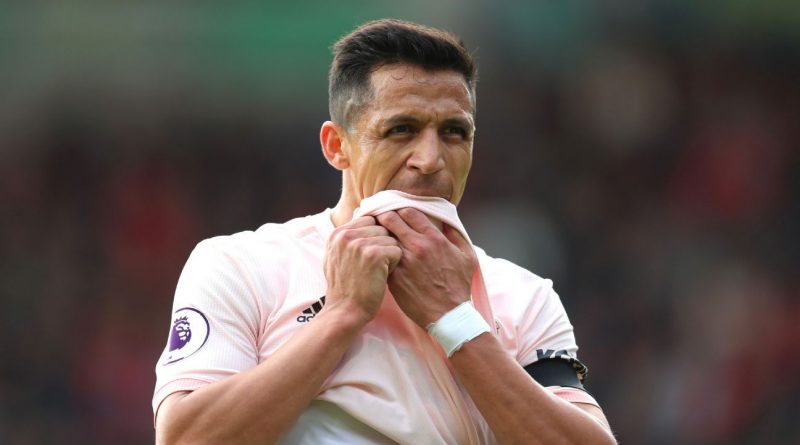 Manchester United’s hopes of agreeing to new contracts with two big-name stars have been hit by the “mega wages” paid to Alexis Sanchez, according to the Mirror.

It says hopes of finalising terms with goalkeeper David De Gea and forward Anthony Martial “are being hampered, with agents using Sanchez’s £400,000-a-week basic salary as a guide.”

De Gea “believes a deal worth £300,000-a-week is not unrealistic,” but no agreement has been reached amid interest from Juventus and Real Madrid.

Meanwhile, negotiations on fresh terms for Martial “have reached an impasse” despite United being prepared to double his £70,000-a-week wages to ward off interest from Paris Saint-Germain.

13.15 BST: Bundesliga champions Bayern Munich are the surprise frontrunners to sign Aaron Ramsey, according to the Express. Ramsey will leave the Emirates in the summer when his contract expires.

12.20 BST: Chelsea are interested in another youngster according to The Sun, which claims they and Manchester City want to sign Sunderland’s 17-year-old midfielder Bali Mumba.

11.15 BST: Chelsea have their eyes on several young players, it seems (see below), with Benfica’s Joao Felix also in their sights.

The Sunday Mirror reports that Chelsea are hoping to swoop for the 18-year-old No. 10 before he signs a new contract with Benfica that would raise his release clause to £105m — more than double his current value.

10.20 BST: Maurizio Sarri has confirmed that Victor Moses and Danny Drinkwater are not in his tactical plans this season.

Moses established himself as a key figure at right wing-back under Antonio Conte, but Sarri’s switch to a 4-3-3 formation has left the Nigerian in limbo. Drinkwater, a £30m signing from Leicester little over a year ago, has not featured in any competition for Chelsea since the Community Shield in August.

“I think the situation is that Drinkwater for me is not suitable for a midfield with two other midfielders,” Sarri said. “I told him two months ago what I think.

“Moses is more suitable for playing wing-back than like a winger or a full-back, I think. I don’t know [if they have a future at Chelsea]. They have to improve but their characteristics are a little bit different.”

Surely there will be plenty of clubs interested if either of these two are available in January.

09.15 BST: Chelsea and Manchester City are set to battle it out for the signature of Sunderland’s teenage midfield prospect Bali Mumba, according to the Sun on Sunday.

Mumba, who turned 17 last month, made his first-team debut as a 16-year-old for the Black Cats late last season, and both Premier League giants have been scouting the prodigy.

When it emerged that Aaron Ramsey would be leaving Arsenal in the summer, Liverpool were tipped as a hot favourite to sign the midfielder — but the Mirror says they will not do so.

Wales international Ramsey’s contract expires in the summer and will not be renewed, but the Mirror reports that “it is thought Jurgen Klopp has passed up the chance” to bring him to Anfield.

Manchester United and Juventus have also been linked with Ramsey, who will be free to negotiate with overseas clubs from January.

The Mirror says the 27-year-old “doesn’t fit the profile Liverpool are looking for, largely because of his age,” with Klopp focused on bringing in younger players.

And it claims the Anfield manager is also reluctant because of the risk of injuries “following problems suffered by players of a similar age such as Adam Lallana and Daniel Sturridge.”

West Ham’s form is picking up, but manager Manuel Pellegrini wants additions in the winter, the Mail reports.

It says he is looking at a loan move for Marseille’s former Fulham striker Kostas Mitroglou, while Red Bull Leipzig midfielder Diego Demme could join in a permanent switch.

Marseille would be willing to let Mitroglou move as they try to reduce their wage bill, with a loan potentially including the option of a full-time transfer, while Germany international Demme would cost around £15 million.

But the Mail adds that West Ham remain at risk of losing Declan Rice, who has yet to agree to a new contract and is interesting Tottenham and Chelsea.

– Manchester United could be willing to accept “a knockdown price” for Ander Herrera rather than see him go on a free at the end of the season, the Sun reports.

It says around £5m could be enough to sign Herrera, who seems certain to leave Old Trafford after talks over a new deal stalled, with Everton front-runners if he opts to stay in the Premier League.

– Wolves were interested in AC Milan midfielder Franck Kessie in the summer and could make another move — but Atletico Madrid are in the frame, according to the Birmingham Mail.

Citing reports in Italy, it says the former Atalanta player, for whom Wolves were said to have submitted an unsuccessful bid, is being monitored by Atleti. 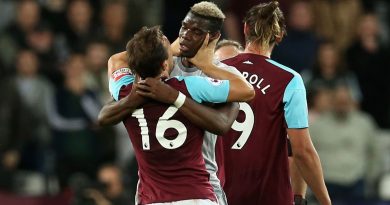 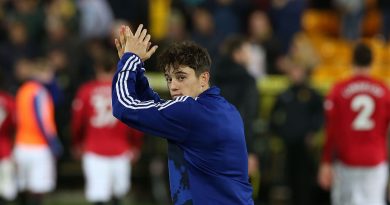 Oct 27, 2019 ayman022 Comments Off on Daniel James stands out as Man United rediscover their scoring form at Norwich 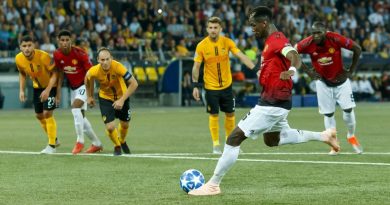